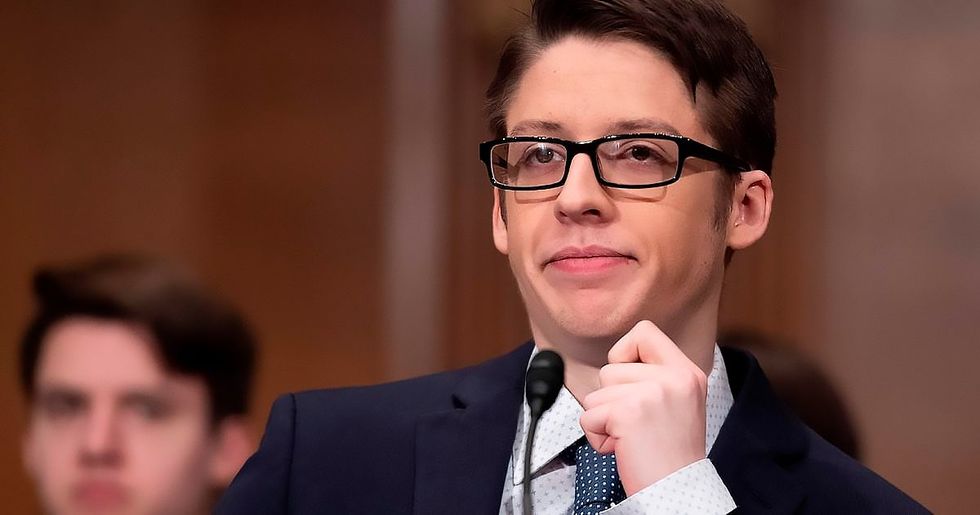 Vaccinations are considered by most to be a medical miracle that revolutionized global health by preventing the spread of fatal illnesses that once ravaged societies around the world. With just a few shots from the pediatrician, diseases like measles, rubella, mumps, and more have been virtually eradicated. That is, until the anti-vaccination movement.

In addition to those who are grateful for the support of modern medicine, there is also a growing number of people who believe vaccinations are dangerous. Some believe they are a government mind control scheme, others feel they are a money-making ploy by big pharma. Whatever their reasons, the group is proudly refusing to vaccinate their children, which means that those long eradicated, deadly diseases are once again proliferating.

As the children who grow up in anti-vax houses get older, many are realizing their vulnerability, and seeking out the medical care they need on their own. When one Ohio teen reached out to Reddit for advice on how to get himself vaccinated, the story went viral and resulted in him speaking about his experience before Congress.

The anti-vaccination movement has been around almost as long as vaccines.

People who are more inclined toward a ‘holistic’ approach to wellness deemed the medicine dangerous primarily out of fear, not facts.

The Internet has enabled exponential growth within the anti-vaccine movement.

Documentaries like Vaxxed: From Cover-Up to Catastrophe, independently produced YouTube videos, and hundreds of online articles employ the use of pseudo-scientific phrasing and unverified claims of vaccine risks to stoke the anti-vaxx fire.

Many celebrities are staunch anti-vaxxers.

Robert DeNiro, Jenny McCarthy, Jim Carrey, Alicia Silverstone, and more are all vocal in their opposition to the preventive cures.

Online messaging and celebrity support has created a culture of fear of vaccines.

Many parents have been scared into refusing vaccinations for their children.

Some of those children don’t agree with their parents’ decision.

While their families may be firmly anti-vaccinations, many of the kids growing up vulnerable to fatal disease are seeking out the cures as they learn more about the shaky foundation of the anti-vaxx movement.

A high-school senior fed up with his parents’ anti-vaxxer beliefs went from Reddit to the halls of Congress: “I wen… https://t.co/LBPxSxryWP
— The Daily Beast (@The Daily Beast)1551826788.0

But growing up, Lindenberger didn’t realize there was anything abnormal about not receiving his childhood immunizations.

His mother, Jill Wheeler, was always vocal in her opposition to vaccines.

Lindenberger said his mother relied on information and support from social media groups in her belief that vaccines were secretly harmful.

When Lindenberger joined his high school debate team, he realized the value in fact-checking and research and applied those skills to the vaccine conversation.

As the 18-year-old discovered more information from the Center for Disease Control and other verified sources, he realized his parents had put him at risk by not getting him his shots.

He presented his mother with facts from the Centers for Disease Control and Prevention and World Health Organization.

But Wheeler was unconvinced, and mistakenly explained to her son that these sources were propaganda.

Not knowing how to resolve his looming health risk, Lindenberger turned to Reddit for advice.

In November the teen explained his situation in a “No Stupid Questions" thread on the online forum and asked the Internet for advice on how to get the vaccines he needed.

Fellow Redditors came to his rescue.

They explained what vaccines the teen needed to get, and how he could go about getting them without parental approval. Within a month, Lindenberger began receiving the vaccines.

"I have spent the last four years trying to convince my mother that vaccines are safe, I haven’t succeeded. So inst… https://t.co/3Lr6t3GUfz
— Sherry Pagoto (@Sherry Pagoto)1549332619.0

People commended Lindenberger for standing up for his personal beliefs, as well as his social responsibility in trying to ensure he was not a public health risk.

When Lindenberger’s mother found out, she was pretty devastated.

Wheeler felt her son’s decision was an affront to her as a mother, and feared the worst when she found he was seeking the immunizations she believed to be deadly.

But Lindenberger was intent on preserving his health.

An 18-year-old from Ohio credits Reddit with helping him figure out how to navigate getting his vaccines, after bei… https://t.co/iiCNGAGiEx
— Intelligencer (@Intelligencer)1551723425.0

Despite his mother’s opposition, the teen started getting his hepatitis, tetanus, HPV, and influenza shots in December.

Last week, Lindenberger testified before Congress about his experience.

Ethan Lindenberger, 18, posted on @reddit about his experience in an anti-vaccine household. That post & story with… https://t.co/fz9K1CYf4V
— Adrienne DiPiazza (@Adrienne DiPiazza)1551784520.0

The 18-year-old spoke to the Senate Committee on Health, Education, Labor, and Pensions on Capitol Hill on his discoveries regarding the benefits of vaccines, and how he thinks the harmful anti-vax movement can eventually be resolved.

He also defended his mother.

Lindenberger told Senators that his mother didn’t mean to put him in danger, and thought she was doing the right thing by protecting her son.

But, he explained, anti-vax messaging had played upon her fears.

Lindenberger attributed her incorrect beliefs to the social network groups his mother engaged in and spoke out against their aggressive spread of misinformation.

Ethan Lindenberger, the teen who chose to get vaccinated when he turned 18, said what's missing in this conversatio… https://t.co/3qapuINmT5
— Sandhya Raman (@Sandhya Raman)1551804544.0

He says the most effective way to address the anti-vaccine movement is to counter it with accurate information.

The hearing also featured a panel of healthcare professionals.

Doctors, scientists, and public health figures all spoke on the dangerous inaccuracies in anti-vaxx information.

Doubts first began when a 1998 study claimed there was a link between the measles, mumps, and rubella, or MMP, vaccine, and autism.

That study was later discredited.

When its “research" was found to be fraudulent, the doctor behind the study lost his license. However, the misinformation still spread.

The anti-vaxx issue has become critical.

“Vaccine-hesitant” describes parents who delay or opt out of vaccinations for their kids. The World Health Organiza… https://t.co/MTtdf0QnIs
— Toronto Star (@Toronto Star)1550437504.0

Lindenberger’s hearing was called to find a solution for an escalating public health risk stemming from an increasingly unvaccinated population.

Over the last decade, once eradicated diseases have begun to spread again.

In 2015, Disneyland saw a measles outbreak that led to three dozen exposed.

The issue led to a state of emergency in Washington state.

People are beginning to take action as the movement reaches critical mass.

A group of pediatric nurses in New York took a public stand.

Their shirts displayed the concise, profound message, “Vaccines Cause Adults," a play on the popular anti-vaxx phrase “Vaccines cause autism."

There are currently no federal laws requiring immunization.

Only seven U.S. states give minors the option of receiving immunization without the consent of their parents.

A recent study has provided strong evidence against the anti-vaxx argument.

Research by the Annals of Internal Medicine that looked at 657,000 children for over a decade found no link between the MMR vaccine and an increased risk for autism, even among children already at high risk for autism.

Lindenberger is protected, for now.

But with so many refusing vaccinations, the diseases are once again beginning to spread. Lindenberger’s siblings will have to wait until they are 18 to receive their immunizations.

Hopefully, his story will help the right information spread instead.

Parents looking for answers to their vaccine questions can visit the American Academy of Pediatrics website and HealthyChildren.org for proven studies around the effects of vaccines.