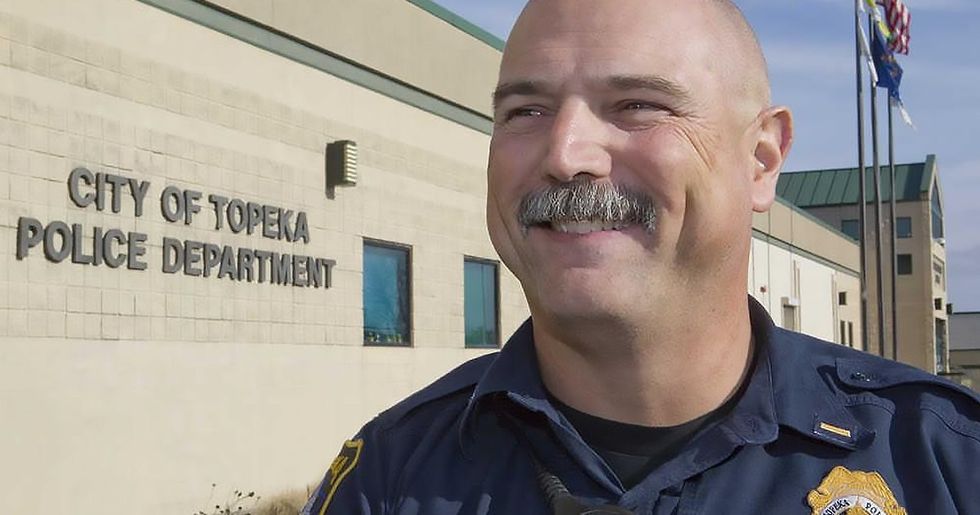 When you think of the Twitter account of a police department, what first comes to mind? Probably a lot of traffic stop information, helpful tips on how to stay safe, info on various events going on in the community and boring things like that, right? If you're thinking about the Topeka Police Department Twitter account, you'd be dead wrong.

Okay, so it still includes a lot of that type of thing, but it also throws in a mix of hilarious commentary, spot-on memes, harmless jabs at clueless criminals and polite requests for people to please refrain from committing any crimes when the weather falls before 0 degrees or until after the big game is over.

These tweets from the TPD are surprisingly hilarious, and while you may have never imagined yourself following the Twitter account from a Kansas police department, you'll be surprised at how fast you hit that "follow" button.

Too cold for crime

Attention criminals: When it gets this cold, do everyone a favor and just stay tucked into your cozy beds. You can always commit crimes later.

If the current road conditions were a country, they’d be on the axis of evil. Good night to stay in and cuddle* *o… https://t.co/gEPBUJTlTP
— Lawrence Police (@Lawrence Police)1548212325.0

That asterisk is very much appreciated by both humans and animals. But seriously, what is going on with the weather in Topeka?!

Training to become a police officer sounds way too intense. Being forced to step foot in a mall?! You couldn't pay me enough to do that.

Please slow down and take it slow Don’t give the ambulance somewhere to go And if you tweet us about basketball, We… https://t.co/VkIS45wj90
— Lawrence Police (@Lawrence Police)1549490207.0

Not only is this poem beautifully written, it's also informative. You probably didn't expect cops to be into poetry, did you? How close-minded of you.

Off with a warning

Sure, it makes me a tad uncomfortable that they're just allowing dangerous dealers like this one to roam the streets freely, but hopefully she'll soon learn the errors of her ways and turn her life around.

Look, sometimes you find a pair of pants on the street, slip them on, and go about your business. Is it really your fault if there happens to be drugs in the pockets?

Can't you guys just be cool for three hours?? Is that REALLY so much to ask?!

You can't really blame him for forgetting about getting this photo taken. He was probably pretty distracted by the fact that The Polar Plunge had somehow managed to turn him into an anthropomorphic bear.

Hey, you never know. Maybe these officers just love the job so much that they'd show up even after winning a million dollar jackpot. I, personally, would never work another day in my life. And yes, I realize that a million dollars isn't enough money to do that with, but I'd find a way, darn it!

How cops spend their New Year's

I may or may not be guilty of assuming that every gunshot-like noise is, in fact, a gunshot, and on New Year's Eve that happens about once every five seconds. Those lucky cops!

That smiley face, though...

I see what you did there, graffiti artist. At least these cops seem pretty cool about it.

The most handsome officer

Can I just say that I'd be 100% okay with being arrested by Officer Lobo? I'm not sure how he's handle the handcuffs, though...

It’s so windy outside that drug dealers were having trouble getting their meth into the little baggie, ice blowing… https://t.co/h0rih2mH7i
— Lawrence Police (@Lawrence Police)1548721506.0

Don't you hate it when your meth keeps blowing out of your little baggies? This deal seems too good to be true.

The Weather Channel should really start referring to unseasonably warm weather as "nice enough to commit a crime".

Update: supervisors would prefer we not say it’s ok to criminal. It is always too cold to criminal, so please refra… https://t.co/BA1jKt70Ry
— Lawrence Police (@Lawrence Police)1550092562.0

Oh wait, scratch that. That would probably just lead to more crimes being committed.

One silver lining that comes from hell freezing over: At least nothing's on fire!

How does the rest of it go again? "He knows if you've been bad or good so stop selling meth for goodness sake..."

Get it together, Carl

Carl, enough with the slurpies already, okay? They're just not worth it.

If you can’t drive in good weather, you should definitely not leave your house. We’re looking at you, 60% of drivers currently on the road.
— Lawrence Police (@Lawrence Police)1550251619.0

I would say more like 90% of the people currently on the road don't know how to drive in good weather, but that might just be my road rage talking.

Mmmmm! Don't these just make you want to curl up in front of a roaring fire and gaze at the falling autumn leaves?

I never realized that there was an option to get rid of your unwanted car without enticing a criminal to steal it. This makes SO much sense!

Just say "no" to Bitcoin

Someone is calling people and pretending to be one of our sergeants and demanding bitcoin. First of all, no, second… https://t.co/kL97MBbJxD
— Lawrence Police (@Lawrence Police)1548715708.0

If a so-called "Sheriff" calls you up demanding Bitcoin, just hang up. In fact, do this if anyone even mentions the word Bitcoin.

Doesn't this just warm your heart? I like to think that there were enough chairs for everyone but these guys are just such good friends that they insist on sharing.

Oh wait, except for the last one. Don't do that.

Look, it's just a few minutes, okay?? Can anyone really steal a car in a few short minutes?! Doesn't it take several hours to get into a car and drive away?

Oh, cops and their donuts. Can you name a more iconic duo? Go ahead, I'll wait.

This one could happen to anyone. From now on I'm just going to keep my ID in my underwear, just in case.

It always comes back to donuts. Wait, do cops get free donuts? Why didn't anyone tell me this sooner?!