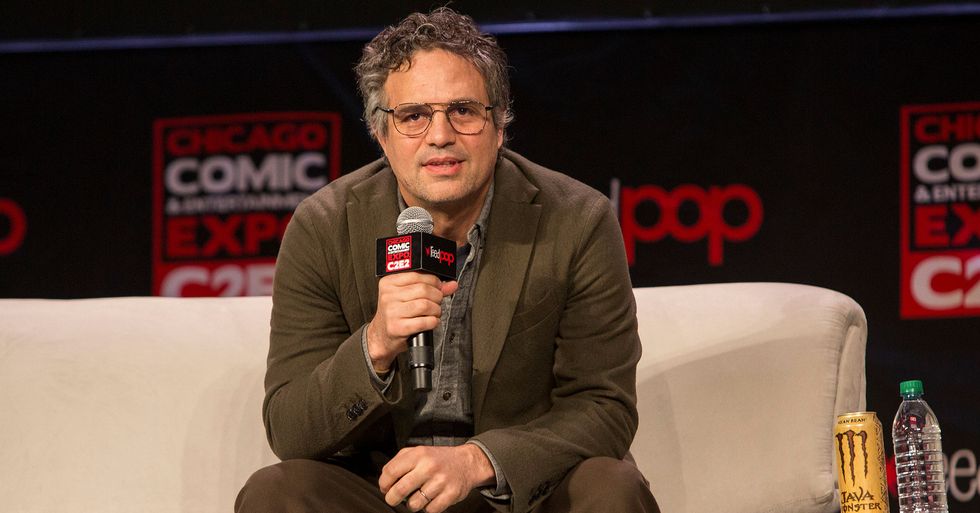 Behind the huge successes and happy-go-lucky persona, Mark Ruffalo has had a history marred by tragedy.

His interview breaking his silence on his trauma is truly heartbreaking...

It turns out that Mark Ruffalo has been living with a lot of tragedy...

And since a 2014 interview resurfaced, fans have been left utterly heartbroken for the lovable actor.

Now, we all know that Mark Ruffalo has enjoyed plenty of success.

Born in 1967, he's enjoyed working as an actor and a producer in Hollywood for many years.

His work has spanned throughout many genres...

Including comedy, romance, thriller, drama, and action. Is there anything he can't do?!

But he went on to land some super serious roles in movies such as Shutter Island (2010) and the Marvel Cinematic Universe with The Avengers, Avengers: Age of Ultron, Avengers: Infinity War, and Avengers: Endgame (2012-2019).

There's no doubting how talented he is as an actor...

And he's even been nominated for 3 Oscars and has won numerous Emmys and SAG awards. Not too shabby!

Alongside being a major Hollywood actor, Ruffalo has a seemingly normal and happy family life.

And as well as being a family man, the actor is also very humble and generous.

His political activism on humanitarian, environmental, and mental health issues is hugely admirable.

It's safe to say that fans just can't get enough of him...

And he's perhaps one of the most loved figures in Hollywood!

He is truly regarded as one of the nicest Hollywood actors...

Not to mention one of the most talented.

But it seems the happy face he portrays to fans may be a mask for what lies beneath...

And it's true when they say - you never know what happens behind closed doors.

If you ever want to hear a tragic but inspirational story, look up Mark Ruffalo's life. I had no idea the guy had been through so much.
— Chris Castellani (@Chris Castellani)1565241192.0

It turns out that the actor experienced a very dark childhood.

He's detailed his struggles with major depressive episodes throughout his adolescence. when speaking to Anthony Mason for CBS back in 2014.

He struggled with his ambitions as a young child...

And Ruffalo was actually embarrassed about his desire to act, which resulted in him keeping it hidden from those close to him.

Things just seemed to get worse and worse as the budding young actor hit adolescence.

Ruffalo lost a best friend named Michael while the pair were studying together at the Stella Adler Conservatory.

"When he died, it rocked me out of a dark depression," he recalled. "The moment he left, I realized that death wasn't an escape, that suicide wasn't an answer."

The actor has also dealt with health issues over the years...

In 2001, he had a dream about being diagnosed with a brain tumor and went to his doctor to check what was going on. Shortly afterward, he was diagnosed with acoustic neuroma. The tumor was benign, but the removal process left Ruffalo paralyzed in one side of his face and deaf in one ear.

One would think the tragedies would have come to an end?

Well, in 2008, Ruffalo's brother Scott Ruffalo was shot in the head in his own home.

Scott tragically died from his injuries a week later...

And although there have been arrests in the case, no one has been charged and the case remains unsolved.

This is obviously deeply painful for Ruffalo.

"It'll always be the great mystery of my life," the actor said about not knowing who killed his brother. "I make peace with every mystery in my life, you just live alongside it."

We cannot imagine how hard this must have been for the actor...

And the fact he has made peace with his tragedies rather than refusing to accept them is truly admirable.

Many seem to agree with this sentiment.

You can watch his heartbreaking interview below:

Want more from Mark Ruffalo? Scroll on for the strange role he played in preventing dog attacks...