The Tufted Titmouse Is an Adorable, Tough Little Acrobat | 22 Words 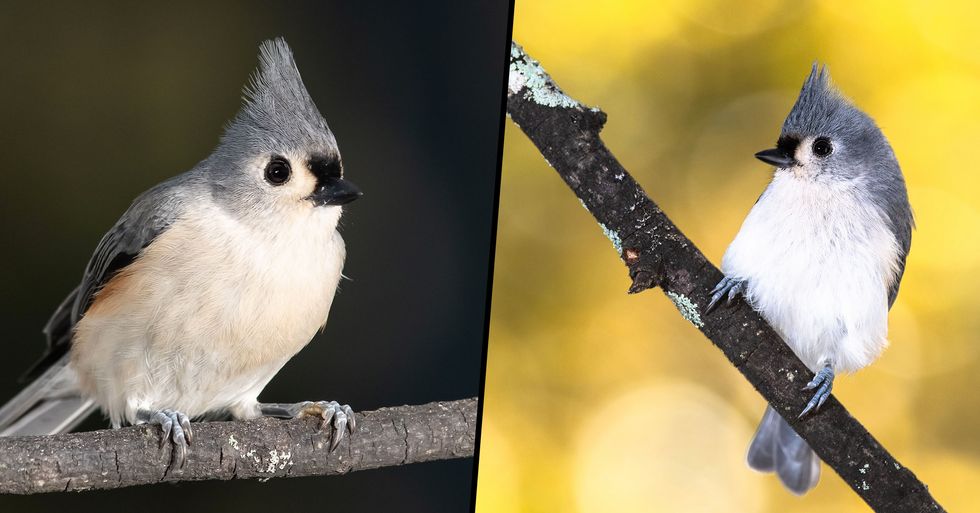 The Tufted Titmouse Is an Adorable, Tough Little Acrobat

We think we've found the cutest bird... ever.

The Tufted Titmouse is both adorable and tough, and we simply can't get enough. But firstly, let's have a look at some of our favorite species of bird...

What an expressive face!

Jealous of that fascinator.

Laugh at the name all you like, but this bird is seriously cute.

How is this even real?!

Sometimes nicknamed the Dracula parrot - and we can see why!

Who else thinks this bird looks like it's been covered in chocolate shavings?

Why does this duck look like it's about to make a powerful statement in court?

A boulder with a head.

We'd never seen a bird with a mustache before.

Now this is a duck I can get on board with.

That looks extremely difficult to maneuver.

Another with an incredible name.

And the one you've all been waiting for...

This adorable little bird is a member of the chickadee family and they are very common backyard birds.

They make their home in much of the south-eastern United States, though their range has slowly been extending northward along the east coast thanks to shifts in climate and an abundance of backyard bird feeders.

They are the most impressive of acrobats...

And they're known for their high speeds and intricate movements whilst flying in the air.

But despite their small size...

Tufted Titmouses are known to be ferocious bullies, and they aren't afraid of getting up close and personal to other birds in order to get first dibs at feeding time.

And when it comes to dinner time?

They often hang upside down to get at seeds and will always choose the largest ones they can find. To get through the shells, they hold the seed between their feet and bash it open with their beaks.

Even though these birds are bullies in their own little world...

Anyone who is familiar with this species will agree at how tame and curious they are.

So, it's safe to say that the Tufted Titmouse is one of the cutest birds out there...

And the coolest with a hairdo like that! Make sure to keep reading to check out the Japanese birds that look like flying balls of fluff...