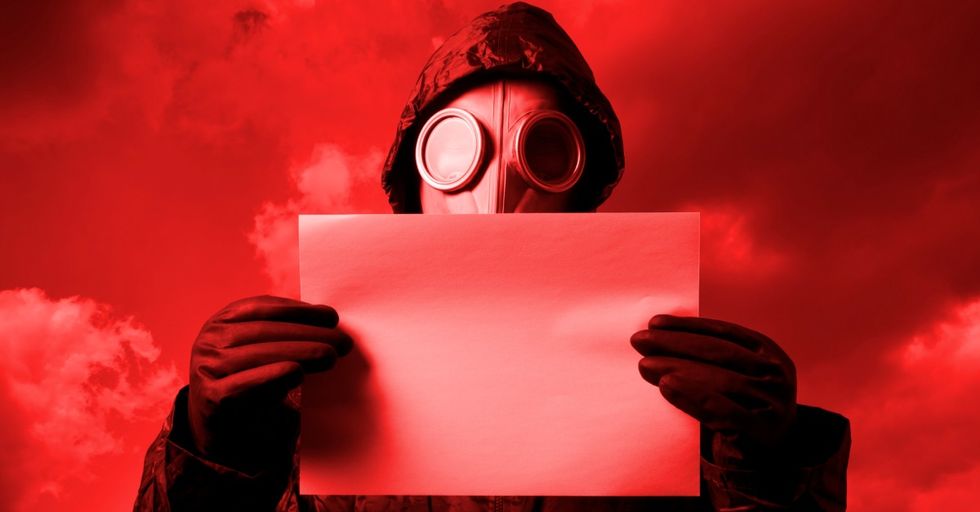 Remember back in the 1950s when people were so scared of an impending nuclear holocaust that they built bomb shelters and had contingency plans in case those crazy communists dropped bombs on them?

Turns out, those days are back!

Officials at the University of Hawaii sent an email to students Monday with the reassuring subject line, "in the event of a nuclear attack."

Predictably, students had feelings – mainly fear, panic and worry. Hawaii is the closest state to North Korea, and tensions with the reclusive state have been rising ever since Donald Trump and Kim Jong Un began their war of words on Twitter – a war which, people fear, might escalate into actual nuclear war. According to the New York Daily News, "Experts believe that [North Korea] has... made progress on miniaturizing a warhead that could fit onto an intercontinental ballistic missile, which could reach Hawaii in about 20 minutes." No wonder the University of Hawaii is freaking out. In the email obtained via Hawaii News Now, the University outlined their plan for apocalypse survival, stating they "follow the Hawaii Emergency Management Agency siren system and the agency's instructions for 'sheltering-in-place.'" They were quick to reassure students, however, that nuclear war is a very remote possibility. "In light of concerns about North Korea missile tests, state and federal agencies are providing information about nuclear threats and what to do in the unlikely event of a nuclear attack and radiation emergency." Unlikely? Excuse us while we run and buy a hazmat suit. Or twenty....