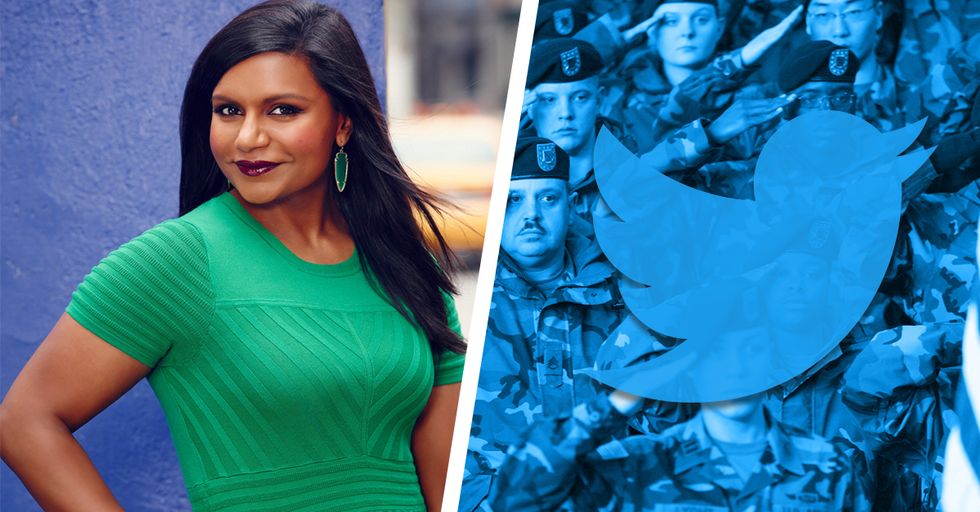 The military is our first and last line of defense against any and all dastardly threats including nuclear-crazy foreign powers, potential alien invasions – no, really – and, of course, our most alarming homegrown threat, our current commander in chief.

Now before you go rolling your eyes at yet another negative Trump article, let us remind you of a few facts. Trump has been in power for almost a year exactly, and in that time, he has upended not only the American presidency and the reputation of our great nation abroad, he is also very close to upending the very principles of American democracy themselves. As one senior fellow at Brookings, Henry Aaron wrote:

Trump is a political weapon of mass self-destruction for American democracy — for its norms, for its morality, for sheer human decency... So if Putin backed him, and if he did it to damage the United States, then he dropped one extremely smart bomb in the middle of Washington.

We are closer to nuclear war than ever before because Trump cannot, for the life of him, keep from baiting North Korean president Kim Jung Un, who memorably called him a dotard, sending us all reaching for our dictionaries.

When Trump isn't indulging in light warmongering, he leisurely spends his days inciting racism and sexism, alienates America's allies by insulting and berating them, and dodges accusations of collusion related to his election victory against Hillary Clinton.
That is, of course, when he's actually working. Trump typically starts working at 11am, his morning reserved for "executive hours," which, according to writer Jonathan Swan of Axios consists of making calls, tweeting and watching TV.

To wit, Trump is the Trumpingest president there ever was, and there will (hopefully) never be another like him. Even the United States military has had enough of his antics. Or so it seems.
On Saturday, comedian and A Wrinkle in Time star Mindy Kaling posted a tweet to her social media pages.

It directly mocked the latest of Trump's self-aggrandizing Twitter declarations, in which he claimed that he was a "very stable genius" who is "like, really smart." *Note*  What genius uses "like" as a filler word in their sentence?

Now that Russian collusion, after one year of intense study, has proven to be a total hoax on the American public, the Democrats and their lapdogs, the Fake News Mainstream Media, are taking out the old Ronald Reagan playbook and screaming mental stability and intelligence.....

....Actually, throughout my life, my two greatest assets have been mental stability and being, like, really smart. Crooked Hillary Clinton also played these cards very hard and, as everyone knows, went down in flames. I went from VERY successful businessman, to top T.V. Star.....

....to President of the United States (on my first try). I think that would qualify as not smart, but genius....and a very stable genius at that!

The claim had emerged, as many Trumpian things do, in reflexive fashion – this time against writer Michael Wolff whose newly-released book Fire and Fury questioned Trump's fitness for office and mental stability, among other things. Trump, of course, was not pleased.
Buy Now
In any event, when Kaling tweeted the fateful tweet, who should like it but the US Army’s official Twitter account. After all, they're the ones at the frontlines. They're the ones who have to bear the brunt of Trump's warmongering, should it lead to actual armed conflict.

An operator of the Army’s official Twitter account inadvertently ‘liked’ a tweet whose content would not be endorsed by the Department of the Army. As soon as it was brought to our attention, it was immediately corrected."

Nevertheless, we all know what's really what.

To whatever public affairs specialist who is about to get a royal ass-chewing, we salute you. #VetsAgainstTrump pic.twitter.com/fIl5Z45pnR — Vets Against Trump (@commondefense) January 7, 2018

Tell the truth, US army. You really don't like him, do you?