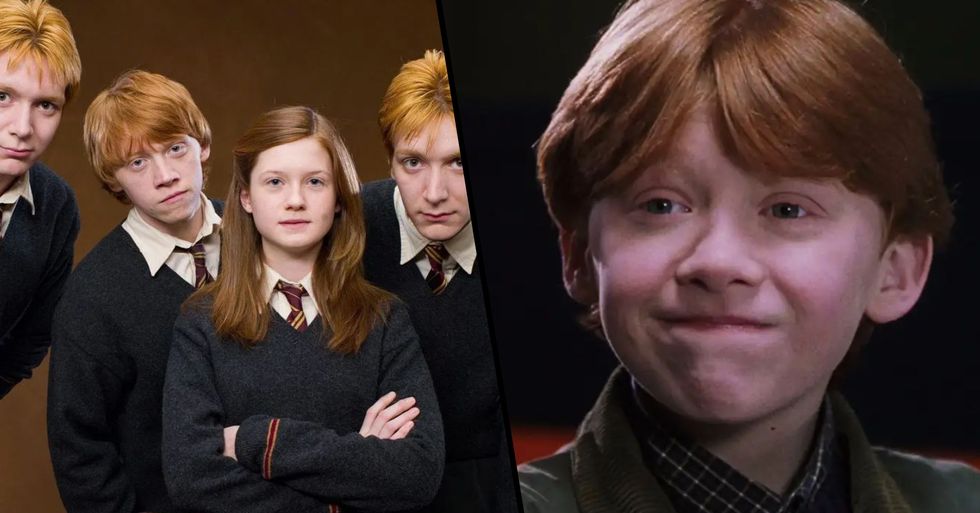 What's happened since the end of the magical Harry Potter franchise? Yes, we've been teased with a couple of spin-offs (Fantastic Beasts and Where to Find Them, to be precise...) but apart from that, we've been sat, twiddling our thumbs, eagerly awaiting the return of our favorite witch and wizard gang.

But the reunion we've all been waiting for may have just happened virtually and we've got the video to prove it.

Keep scrolling to see The Weasleys' heartwarming interaction. You won't want to miss this one.

Literally... Because they're all about magic, but also because they gave us memories to last a lifetime.

There has been no mention of a fully-fledged Harry Potter reunion... yet, though others have made the effort to see each other even during this pandemic. Keep scrolling for the amazing video.

Certain members of the original Harry Potter cast have sparked many rumors in the past...

The pair have been spotted together quite frequently last year.

But then obviously we found out that Emma was seeing someone else... Boo, we're happy for her, but it's not quite what we wanted to hear.

But Tom has been regularly spotted with various members of the Harry Potter cast...

And earlier last year he posted a photo of himself with the Weasley brothers with the simple caption, "Lads."

He's also been reunited with Neville Longbottom on multiple occasions...

Or Matthew Lewis, as he's known in the muggle world.

But what about the rest of the cast?

Though Draco has been quite active in the wizarding community, other members of the Harry Potter cast haven't been seen together in quite some time.

We had this one mini-reunion between the Weasleys and Luna Lovegood last year...

That was a good time. Evanna Lynch, who played the eccentric Luna Lovegood, shared a couple of photos from the Rhode Island Comic Con on her Instagram account, which showed herself hanging out with Fred and George - also known as James and Oliver Phelps - and Ginny - Bonnie Wright.

But now, our dreams have finally come true.

Members of The Weasley Family reunited yesterday during James and Oliver Phelps' podcast called "Double Trouble." Of course, Ron, also known as Rupert Grint couldn't make it because he had just had a baby with his partner, but it was amazing nonetheless.

After a quirky little introduction, they were joined by their "little sister..."

That's right, Bonnie Wright joined her brothers for a chat and it's safe to say that it was the reunion of the year. They all talked about their lives and what they were up to post Harry Potter.

This user's screenshot went viral and was liked over 48,000 times!

And then poured in all the comments...

So many people were speculating different things.

Though the cast have all aged considerably since the movies...

It is amazing to see that they are all still incredibly recognizable as their magical, children counterparts.

Here's the full podcast for your viewing pleasure:

We may be waiting a tad bit longer for a full reunion, but, for the meantime, we will have to make do with these bizarre fan fiction theories...