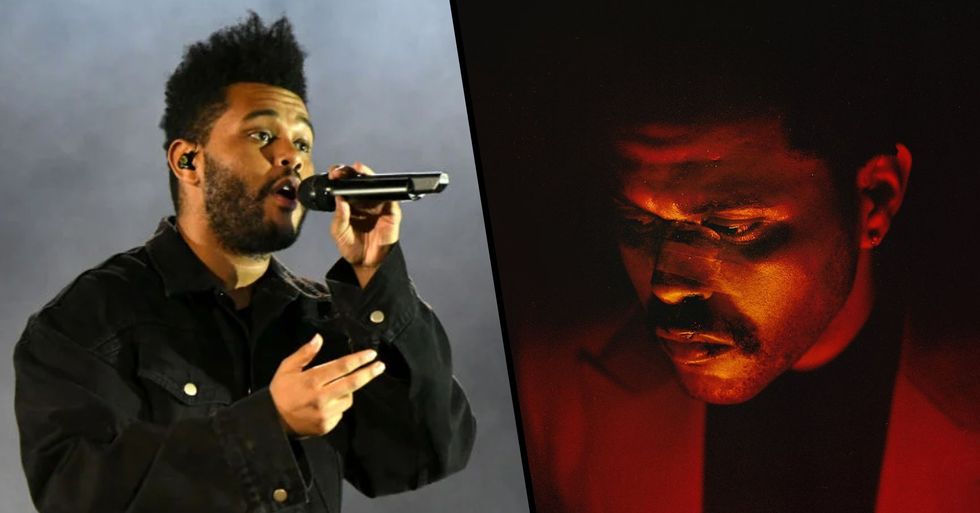 It's been nearly 4 years since R&B sensation, The Weeknd, dropped his last album. And after he recently stepped out having completely changed his appearance, many began speculating whether this would be the start of a new chapter for the star.

Well, after weeks of teasing, the release of his long-awaited album, After Hours took the world by storm but no one was prepared for the surprise he had in store last night.

Keep scrolling to find out to hear a snippet of one of his new bonus tracks...

If you didn't know, The Weeknd aka Abel Tesfaye is an R&B sensation.

But, he was also in the public eye for his turbulent love life.

They made their first "official" appearance together in September 2015.

And in true post-breakup style, The Weekend showcased a drastic makeover.

And with an appearance change up...

The star had been teasing his latest album over his socials.

And let me tell you, when After Hours finally dropped, it was definitely worth the wait.

Even with fifty-six minutes of pure bliss, fans were left craving more.

And last night, the singer delivered 3 new bonus tracks on his setlist. It seems as though The Weeknd knows how to keep his fans satisfied.

And his tweet outlining the names of the songs confirmed fans' suspicions.

"nothing compares, missed you, final lullaby..." These were the names of the mysterious tracks.

And now they're all available to stream on major platforms.

The entire album debuted at number 1 on the Billboard charts. Another year of success for the coveted singer. Keep scrolling if you want to see who else dropped some new music but got their tracks removed immediately...