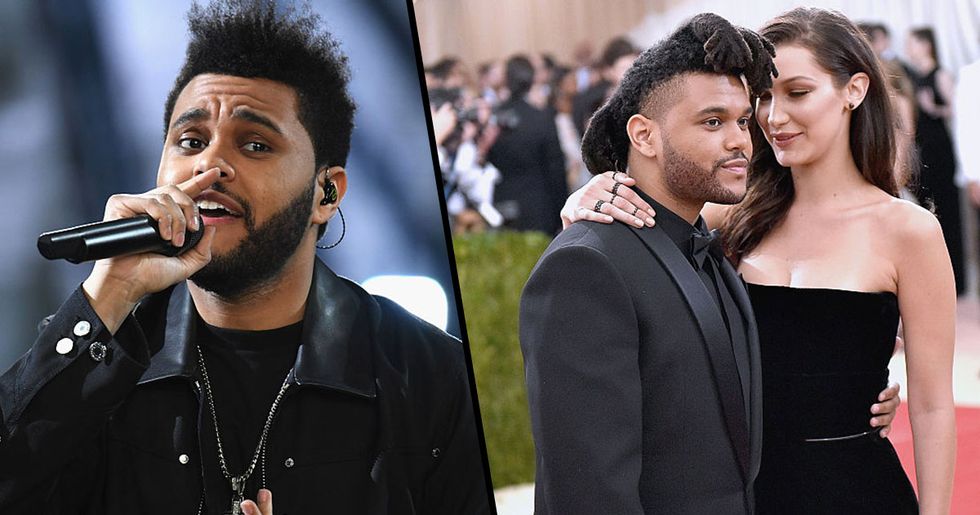 Change is always refreshing. Even more so when you come out of a relationship. Whether it's dying your hair, changing up your fashion, or getting a new tattoo, we've all experienced that post-split transformation to some degree.

And, in Grammy-winning singer-songwriter, The Weeknd's, case, his post-breakup makeover has left him looking completely unrecognizable.

The star has had an on-off relationship with supermodel, Bella Hadid, since 2015, but the pair have reportedly called it quits last month.

On Monday night, The Weeknd stepped out onto the red carpet for the first time since the split, and fans can't believe how different he looks - with many taking to Twitter to poke fun at the star.

Keep scrolling to get a glimpse at his brand new look, and, of course, delve deep into the pair's rocky relationship history.

The Weeknd aka Abel Tesfaye is an R&B sensation.

The album brought us the global hit single "Can't Feel My Face," which has drawn in comparison to the likes of Michael Jackson, hit No.1 on the Billboard chart, and went on to rank as the best song of the year.

But, away from his music career, he's had a rocky love life.

They made their first public appearance together in September 2015.

The same year, they made it official, they reportedly took a break due to their busy schedules and opted to celebrate Christmas separately.  Yikes.

After a number of strong months, the couple have called it quits...again.

All went quiet on the love-scene with the pair, and last month, fans suspicions were confirmed when E! reported the couple had once again gone their separate ways. And you've probably guessed the reason: distance and very separate schedules, so nothing new on that front.

And in true post-breakup style, The Weekend has just showcased a brand new look during his first red carpet appearance since the split.