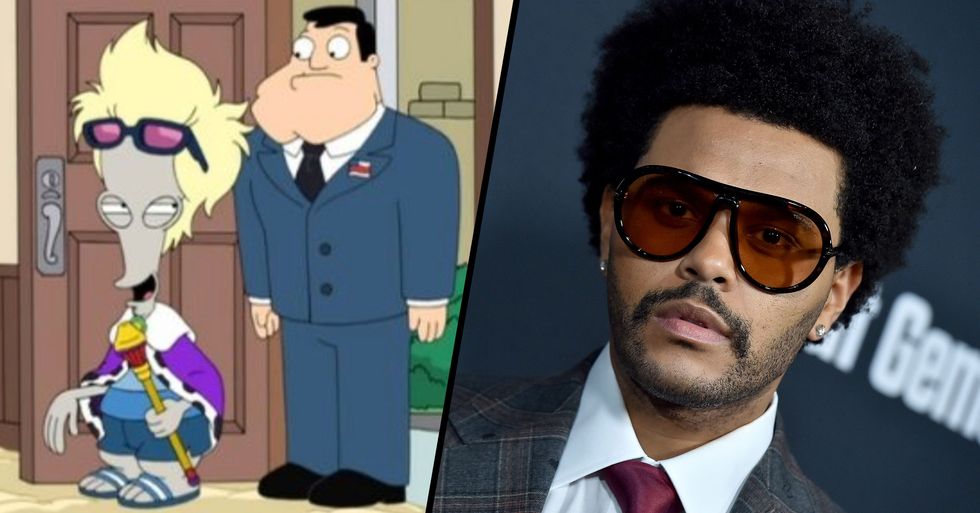 After releasing his latest album After Hours, R&B sensation The Weeknd is set to debut an original song during an episode of American Dad.

Keep scrolling to find out when you can catch it...

If you didn't know, The Weeknd aka Abel Tesfaye is an R&B sensation.

But, he was also in the public eye for his turbulent love life.

They made their first "official" appearance together in September 2015.

And in true post-breakup style, The Weekend showcased a drastic makeover.

And with an appearance change up...

The star had been teasing his latest album over his socials.

And let us tell you, when After Hours finally dropped, it was definitely worth the wait.

Now it seems we're in for an even bigger offering from the star...

The singer has been trying his hand at sitting behind the camera - writing an episode of the hit comedy, American Dad.  This, of course, isn't his first transition to the small screen - having released a slate of small films to go along with his new album and starred as himself in Adam Sandler's hit Uncut Gems.

The artist is set to debut an original song during the upcoming episode.

So, when can we watch?

Mark your calendars... the episode will air on May 4th. Keep scrolling if you want to see who else dropped some new music but got their tracks removed immediately...