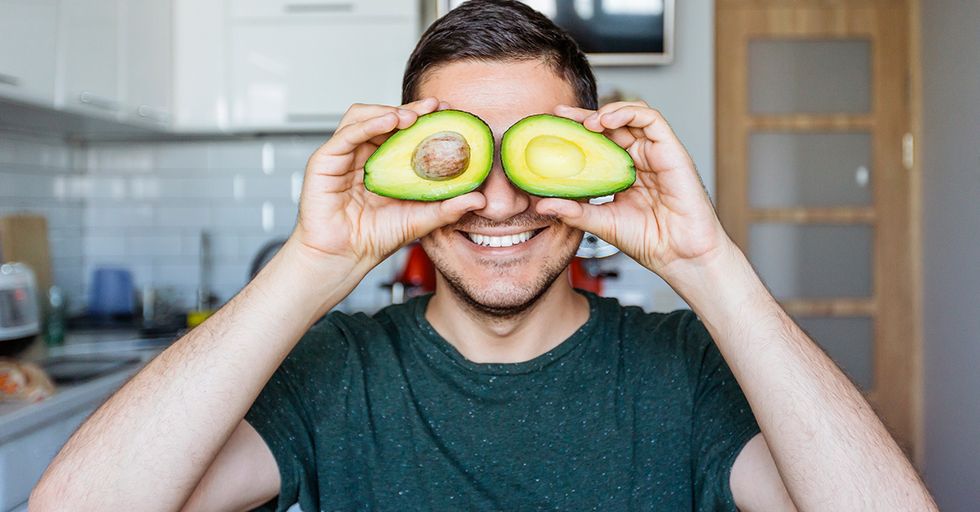 The New Year is upon us! There will be more people hitting the gym come January. The word "diet" will be tossed around like a salad because we all have good intentions for keeping our bodies healthy. And a new year seems like a good time to amp it up.

It also seems with every passing year we are introduced to new diet fads and new food trends. While some new foods (and diets) are good, we always have some that fizzle out because they simply just don't stick — for one reason or another.

Let's take a look at some diet trends that hopefully we don't see through for the coming year.

A very popular trend that everyone tries nowadays is avocado toast. Avocados are a healthy fruit and have good fats, though high in calories. And so, I think most of us can agree we prefer butter on our toast, especially if eating with eggs. And avocado toast is just played out. So over it.

Who remembers the "Tide Pod Challenge?"

Put a little sparkle in it?

Not sure where or who started the trend with adding glitter to foods, but this is something I hope doesn't continue. With two young girls in my house, I don't need them to be adding craft glitter to any of their foods because they saw an advertisement on TV. Let's hope this dies in 2018, for obvious health reasons.

Taste the rainbow? Oh, these look so pretty but looks aren't everything, are they now? Bagels are good in their natural state — without all that ridiculous food coloring.

I like my popcorn buttered, mmkay. And maybe flavored with caramel —  if I am in the mood for some sweetness, but that's where it ends. Popcorn should NOT be flavored with pickles. It's just a no-go, people. Pickles belong on a hamburger. Period.

A pizza bouquet on your big day?

The first thing that comes to mind is grease, on your wedding dress. Not to mention that pizza just isn't pretty. According to The Insider, brides can opt for pizza bouquets in lieu of flowers. But, why? How or why this idea came into fruition is beyond me, but let's pray it stops. Save the pizza for the reception munchies, please and thank you!

Bet you didn't think the word mushroom + beverage would be one, but this is a thing. Believe it or not. And while I haven't tried this concoction yet, I have no plans in the future for considering this a drink option. Coffee will always be king. No matter how hard they try.

Small plates are best for children!

Restaurants have introduced "small plates" over the years and there are even restaurants that only serve small plates as this is their sole menu. The problem with this is you never seem satisfied and you never get what you pay for. This trend can end now.

Many people have jumped on the Keto train. And while there is science behind why this works, you really need to ask yourself if this is something you can do long term. I am a carb and sugar kinda girl, so this would not work for me. This diet reminds me of another diet fad that was popular in the early 2000s, The Atkins Diet.

Get more veggies in by mixing some powder in your morning joe!

Broccoli powder in coffee? Hmmm. Now, many people add powders to their morning smoothies, but adding any sort of powder to your coffee other than powdered cream does not sound very appealing.

Hummus is good without added sugar.

Roasted garlic, sundried tomato, even lemon hummus all sound pretty tasty. Cake batter or brownie batter hummus... NOT. SO. MUCH! The main ingredient in hummus is chickpeas. The last I checked chocolate and chickpeas don't pair well.

But what about a hummus milkshake?

When there is a will there is a way! And vegans have found a way to change up the traditional milkshake... By adding hummus and bananas and some other stuff to make a chilled, frosty mix. Ooh, yum!

If you've seen black ice cream circulating on the internet, then chances are you saw what is known as "activated charcoal." Surely it's health benefits are more than likely very questionable, it does make for a cool Instagram photo. I wouldn't recommend it as a healthy item – and it can disappear now.

Flowers you can eat.

Flowers do have a pleasant smell. And in 2018, we were introduced to certain flowers as being edible. Think elderflower, rose, and lavender. And let's not forget how people enjoy these fusions in their tea.

24K gold in your chicken wings.

Chicken wings are pretty delish. And according to CNN Travel, there is a new craze in New York City where restaurants are now putting gold dust in chicken wings. And yes, they do cost more than traditional wings, because, duh! Gold ain't cheap!

Some of us need a jolt in the morning to wake our bodies up. This may be why certain companies have introduced breakfast bars flavored with jalapenos. I think this will be a fad that will diminish eventually.

Coconut chips instead of potato chips.

No one can deny how yummy potato chips are. They even have childhood memories associated with them. Kids love chips, but it takes some convincing for a young child to like coconut chips. And I would imagine most adults prefer potato over coconut chips with their hotdogs.

Brussel sprouts in a chip.

If you have a hard time getting your kids to eat Brussel sprouts in their natural form, maybe try having them sample some brussel sprout flavored chips? I cannot say you'll thank me.

Virgin cocktails are for minors.

Adults prefer alcohol in their "alcoholic beverage" for a reason. Interestingly enough, "mocktails" made the scene this year, but it's kids play, so let's keep drinking the hard stuff, eh?!

I think many vegans will disagree with this; however, I think any tasty dessert needs the real stuff. And this means any dairy item. Heavy whipping cream, eggs, milk, butter, sugar– all the very good-bad stuff.

Pizza has been around for generations. And the new ingredient to make it healthier is by changing the traditional crust made of flour to cauliflower. Sounds similar, tastes different. And I hear Oprah has her own version in the supermarkets.

Nope. Veggies can be hard to eat at times, I'll admit. And seaweed is probably better off at the bottom of the ocean than on my dinner plate. Thanks.

The unicorns are taking over!

Literally everything! From unicorn clothes to unicorn toys to unicorn foods. My favorite store, Target, now sells unicorn flavored ice cream. We get it, #unicornpower #overit.

Bee pollen in the raw.

Thanks to famous celebrities, bee pollen has hit the scene as a healthy food ingredient to add to your favorite smoothie, or heck, just eat raw. It's supposed to boost your energy and metabolism, say the experts. Boost away, I'll pass.

An obsession with pink salt.

If you're a Millennial, then you probably have pink salt sitting in your cupboard instead of table salt, like us folks born before 1980. Pink salt is also known as Himalayan salt. It's health benefits are said to be better than traditional salt. This might be true but then again — it might be all hogwash. Salt is salt.

Fall is over but we still see random pumpkin-pie spiced products at the market. Land O' Lakes introduced pumpkin-pie spiced butter this year. If you're a die-hard fan of pumpkin spice, you'd probably love this stuff. Don't think I'd make my morning eggs with this stuff though.

Bone broth is a thing.

Bone broth is said to have an array of health benefits, including collagen which keeps our skin looking fabulous. The problem with this stuff is it tastes rather gross. It's super popular and it might work well in a smoothie, but try drinking it in a cup (like the experts suggest) and you might — I mean you will — gag a bit.

Frozen yogurt or FROYO also has been getting a makeover.

Gone are the days of chocolate, vanilla, or swirl. If you stop at your local frozen yogurt place, you will be sure to find very unique flavors like sweet corn or olive oil. Yeah, I'm shaking my head too.

What do you get when you mix sushi with a croissant?

You get a "crossushi!" That's right. A tasty croissant mixed with sushi sounds very odd. But, as they say, don't knock it till you try it! Or maybe just don't try it.

Cannabis-infused foods & beverages and more gut-friendly foods are said to be the next big thing according to Food Drink & Franchise. Only time will tell if these take off and last.