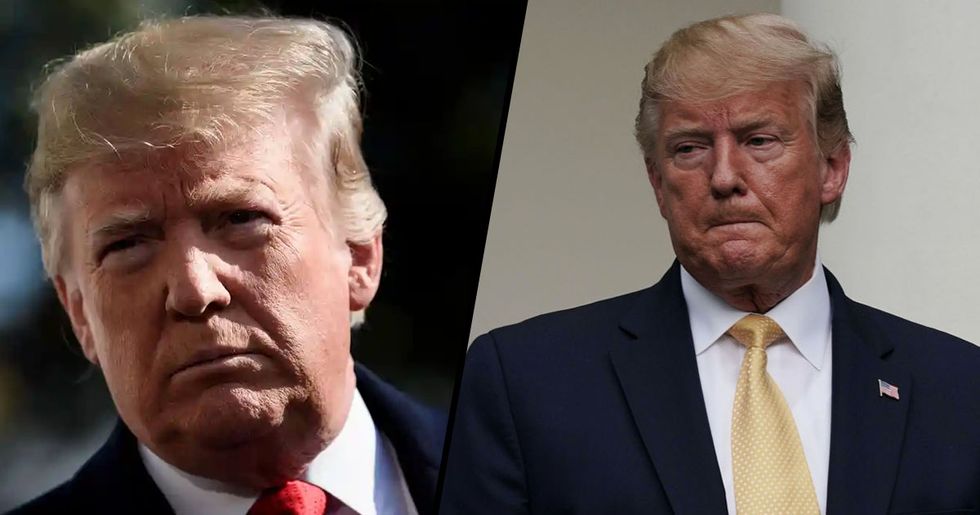 The White House Releases Conversation Between Donald Trump and Ukraine

And now that his greatest arch-nemesis has joined in on the "witch hunt," Trump has pushed his game that one step further by releasing a "transcript" of his call with Ukraine in order to prove his innocence...

"The President of the United States is betraying our country on a daily basis. This man who is in the Oval Office right now is a clear and present danger to the future of the United States." Almost four years later, and we're all still saying the same thing!

But, in order to prove his innocence, Trump has done what he promised...

That was a sentence that I never thought I'd ever type. He released the transcript that sparked this whole impeachment thing and the outcome of his frivolous actions have actually landed him into another hole. Yikes.

According to the transcript, Trump did, in fact, urge the Ukrainian leader to investigate Biden and his son.

Those pushing this desperate defense of Trump can only hope their audience is too stupid or lazy to ready the short… https://t.co/0MJymCtHsK
— Joe Scarborough (@Joe Scarborough)1569449962.0

The White House released the document in the hopes that it would put all of these rumors to rest, but, sadly, it has done the complete opposite.

These are the words that Trump said:

"There's a lot to talk about Biden's son, that Biden stopped the prosecution and a lot of people want to find out about that so whatever you can do with the Attorney General would be great. Biden went around bragging that he stooped the prosecution s if you can look into it... It sounds horrible to me."

And the Ukrainian leader urged Trump to give him "additional" information.

In order for the investigation to move forward, Volodymyr Zelensky asked the president to supply him with any other information that could help the case move forward.

Firstly, many pointed out that it's not actually a transcript.

My question, after reading the "transcript" of the call: How could anyone possibly defend Trump's conduct?
— Renato Mariotti (@Renato Mariotti)1569469489.0

An official transcript would have all of the speech features that a transcript typically has, including each pause, each breath, etc. This, as someone in the comments pointed out, is actually a memorandum, which means that this document is not legally binding.

It also means that this was not taken from a direct recorded conversation...

This document was established from the written notes of other spectators in the room and combined, which means that things could easily be edited. Another cop-out, I see.

The president then decided that he was going to do what he should have done earlier...

He called for a live press conference in which he tried to talk about the entire scandal but, instead, ended up scrambling over his words and branching off onto other avenues. The majority of the conference ended up with discussions surrounding Iran. How's that for a distraction?

But we did manage to grab some important points from the ruins.

According to the Washington Post, "on Wednesday morning, aides invited roughly a dozen Republican lawmakers to the White House to preview and discuss the transcript before it was released to the public." So, before all you Trumpies get your little knickers in a twist, as I mentioned previously, please understand that this may not be an accurate reflection of how the conversation went.

During the live viewing, MSNBC cut away from the screen and showed Nicolle Wallace.

The former White House Communications Director uttered these words: "I hate to do this, but the President isn't telling the truth," in reference to the Biden scandal that Trump wanted investigating. She insisted that the allegations between the father and son duo have been investigated and adjudicated.

And, now, accidentally, Trump has managed to get Mike Pence into trouble...

The president claimed that Pence had also had conversations with the Ukranian leader and demands that his transcripts are also released so that everyone knows that he is also innocent. I'm genuinely laughing, there's nothing else I can do. What a joke. I would hate to have Trump as a friend.

So, in the end, the impeachment inquiry is still pushing forward.

Despite Trump's effort to smother the flames, they just keep on burning. It seems as if he may be running out of tricks... it's now only a matter of time.

Let me leave you with this little food for thought...

Weird, right? And if you still don't believe me when I say that Donald Trump is a dangerous man, then keep scrolling to see listen to Brad Pitt say it... you might believe me then.