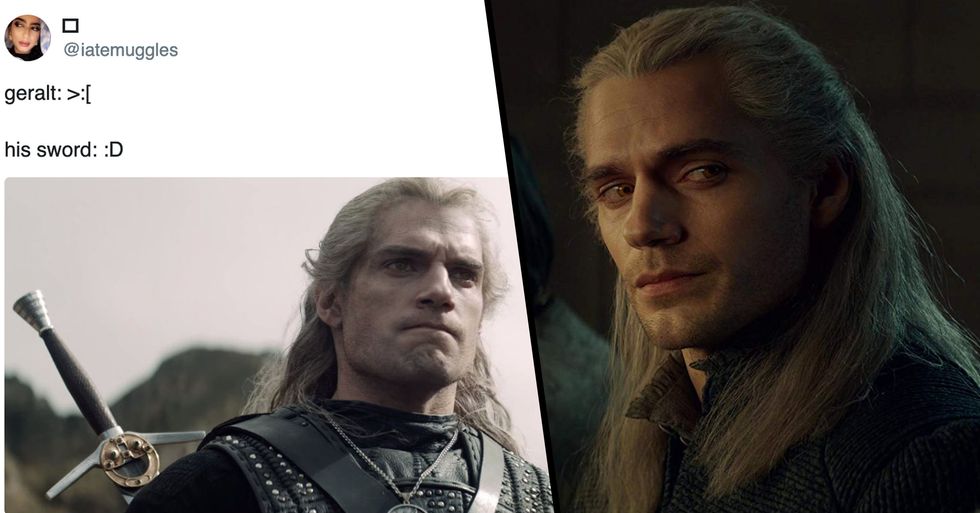 The streaming giant's brand new show, The Witcher, has been turning the heads of fantasy fanatics, with some daring to say it's even better than Game of Thrones (we know... it's a very bold statement) but the show has earned the title.

As with anything good, the internet has turned iconic moments from the show into hilarious memes and we just had to share some of the best ones with you.

Very accurate, I must say!

I can't even keep up!

This would be hilarious in a blooper reel...

excuse me ma’am but have you considered tossing a coin to your witcher
— Alanah Pearce (@Alanah Pearce)1577404979.0

Have you considered it though?

Someone needs to pull him into an intervention.

This is so relatable...

This was the inspiration behind the scene where Geralt was just sat in the bath... So now you know.

This is a difficult game of "Spot the Difference..."

And both are my only moods.

"It's the anthem of our generation."

We're just trying to live a simple life out here.

the show The Witcher is incredibly unfaithful to the game. where are the shots of Henry Cavill spending 7 to 10 min… https://t.co/Q1GvXWdksX
— Talia Lavin (@Talia Lavin)1577571666.0

We demand to see the footage!

Tune in for this special episode...

Have you tried it?

I half expect them to start saying that line in church now...

What a wide variety of emotions on display here from Henry Cavill.

If this isn't true, then I don't know what is.

This would make a pretty good storyline, right?

I mean, it's Henry Cavill, what can you do?

If Geralt was a scientist...

This game is getting trickier... Those are only some of the memes but if you're interested in more, Twitter is currently brimming with them! Have fun!