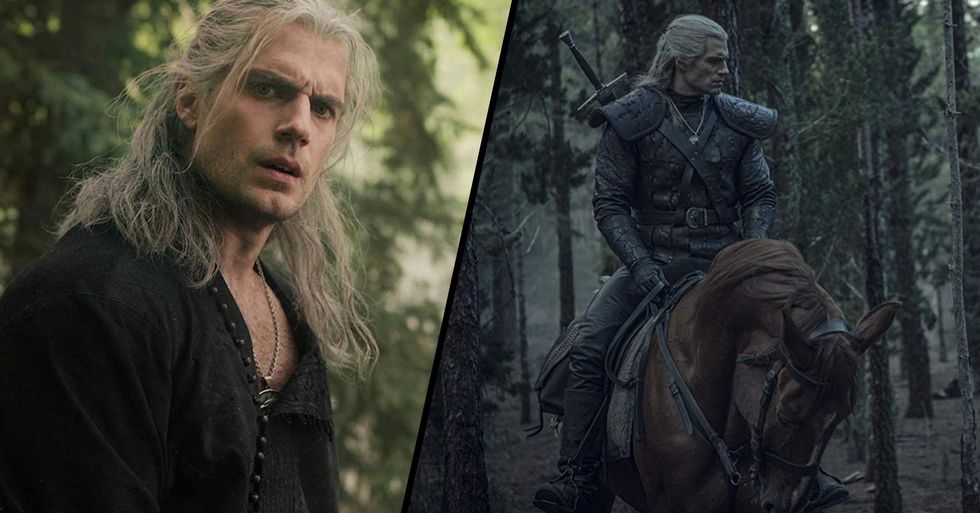 Now, the series has earnt yet another impressive accolade... although there is a slight problem. Keep scrolling to find out more.

The streaming giant's new series, The Witcher, has been whipping up a lot of attention from fantasy fans, with many saying it's similar to Game of Thrones.

Complete with humans, elves, witches, gnomes, and monsters, Netflix's fantasy is a feast for the eyes.

"We were like 'you don't have to do that by the way', but he's that invested in embodying his character."
"It was important to him. It's one of the reasons why Henry is such an important member of our team."

Amidst all the praise, the show recently earnt an impressive title.

The fantasy epic is now rubbing shoulders with some of Netflix's highest-rated originals, such as You and Stranger Things.

That just a month after its release, the streaming giant has announced the show is on track to become the "biggest season one TV series ever." But there is a slight problem...

Because the way Netflix measures the viewership of its shows has recently changed.

Previously, the company measured the success of shows by counting how many people watched at least seventy percent of the title.

But, because its huge slate of content varies in length, the streaming giant recently changed things up.

Now, the streaming giant bases views on how many accounts/households selected the title...

Netflix explained that its statistics include anyone who watched at least 2 minutes of content – even if they then turned off the program, Unilad reports.

So, how will this affect the results of their findings?

Well, Netflix has admitted that numbers will go up as a result of the new changes, making some shows seem more successful than those measured off the previous system. Either way, there's no doubt The Witcher has been a huge hit. If you're interested in another binge-worthy Netflix offering that viewers have been raving about, keep scrolling.