The World's Most Famous Painting, the Mona Lisa, Was Originally a Nude — and Here's the Evidence | 22 Words 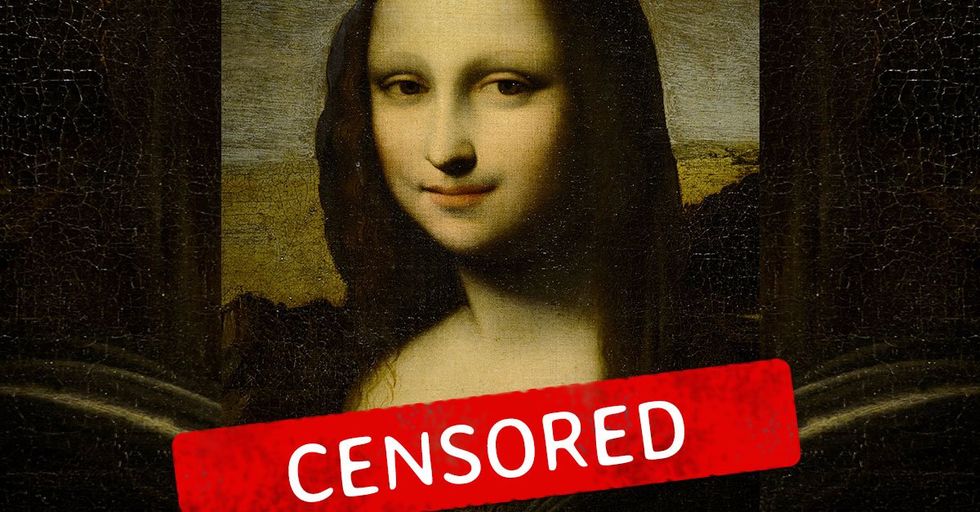 The World's Most Famous Painting, the Mona Lisa, Was Originally a Nude — and Here's the Evidence

We all know the Mona Lisa. The mystery behind her smile has captivated people for ages. She is the single most recognizable painting in the world. But if there was an older sketch?

What if it was nude?

Have you ever heard of The Jaconde Nue?

In 1862, the Duc d' Aumale, a French aristocrat, bought a charcoal sketch for 7,000 francs - an obscene amount of money at the time. He put the sketch in the Conde Museum in Chantilly, France. It was called the Jaconde Nue or the Monna Vanna.

The sketch looked very familiar... It looked like the Mona Lisa.

For years, experts have puzzled over the sketch's origins. They suspected it was tied to Leonardo da Vinci, the Florentine master who painted the Mona Lisa, but they couldn't be sure. After all, it was common for members of a painter's studio to help him or her in preparation for a painting.

But people still had questions...

For years, experts remarked on the similarity of the two works, noting that the women in both are posed similarly, and that both works are the same size. Furthermore, small holes are pierced onto the Jaconde Nue's sides, suggesting the sketch was used as a "backdrop to trace a second image".

After a month of testing at the Louvre, experts have come to a conclusion.

The Jaconde Nue was "worked on in parallel with the Mona Lisa at the end of Leonardo’s life. It is almost certainly a preparatory work for an oil painting," said Louvre curator Mathieu Deldicque. As he further notes, "The drawing has a quality in the way the face and hands are rendered that is truly remarkable. It is not a pale copy."

The Jaconda Nue may have been the sketch the Mona Lisa was based on, but there's one thing... It's nude.

That's right, she's topless to the world, which is why people have dubbed her, the "topless Mona Lisa." She's the risqué version of our favorite painting. So who actually drew her?

Scientists have a few more doubts...

Bruno Mottin, a conservation expert at the Louvre museum warned that “we must remain prudent" about definitively saying the sketch was made by Leonardo. “The hatching on the top of the drawing near the head was done by a right-handed person. Leonardo drew with his left hand."

But here's what we know definitively now.

The Jaconda Nue came from Leonardo Da Vinci's studio during his lifetime. “What’s new is that we have been able to narrow down a time frame and an artistic environment and we have found the quality to be very high," Mottin said. “The creative work on this oeuvre is very close to the lower part of the Mona Lisa, the one in the Louvre."

Whether or not Da Vinci sketched it in full remains to be seen.

As Mottin notes, “It is a very difficult drawing to work on because it is particularly fragile." A naked Mona Lisa, how about that!