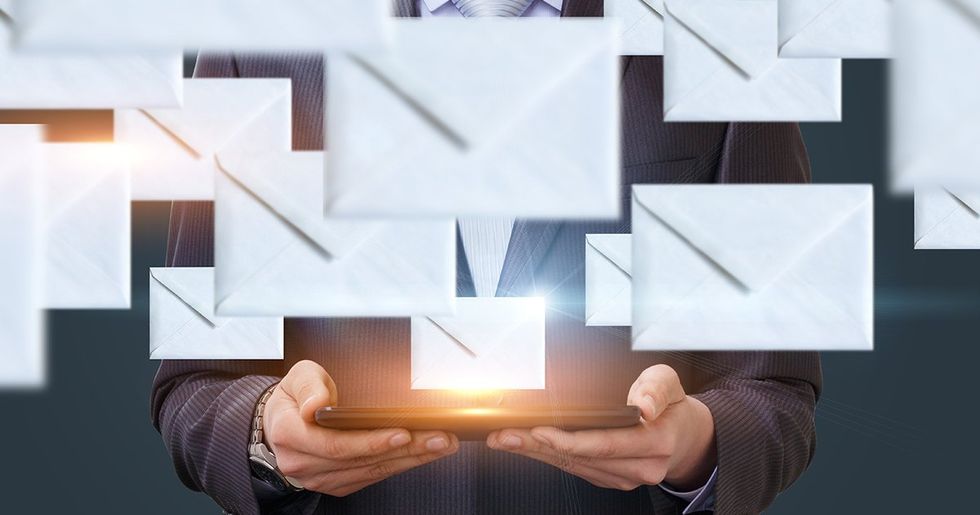 If you think about it, email hasn't been around for that long.

We've only used this life-changing tool for a couple of decades.

Because of this and because of other burgeoning technology like texting, the way we use email has already been through so many changes.

Sometimes, it can be a little hard to keep up with the rules for sending emails. What's kosher? What's not? Luckily, the hashtag roundup #EmailDosAndDonts delivered some harsh truths about how you should and shouldn't use email.

There are so many reasons not to reply all; it's not even funny. Don't add another useless "Thanks!" to someone's inbox, and definitely, do not reply all with sh*t-talking when you meant to just send your thoughts to one individual.

I'm sorry, but no matter how high you are on the work food chain, I cannot take you seriously if you cannot write a coherent email.

Pick a mature email address that's just your name or some variation of your name, please. Nothing you'll have to use the disclaimer, "I made this when I was in 8th grade" to explain.

I wouldn't necessarily call your spam folder "delicious," but it is a good idea to check it every so often, in case some quality meat got in there (you know, instead of that fake meat, Spam). The next one is a huge personal pet peeve for me.

I hate this so much. It's called a subject line, and there's a whole area for you to write the whole email, for a reason.

Luckily, by 2018, pretty much no one is falling for the Nigerian prince email scam anymore.

Usually, there is a pretty good reason your boss is emailing you, and you should probably not ignore those, even if they're really annoying.

Do not reply all

Again for the people in the back! Don't pile on with reply-alls that don't add anything to the conversation. It's the worst!

Always double check the ‘To’ field. Then when you’re sure it’s going to the right person, check it again… https://t.co/NHUtMQbWlR
— ajsweetsoap (@ajsweetsoap)1530616183.0

I cannot tell you how many times I read over emails and the subject lines and the "To" field before I send them. Better to be safe than sorry. The next one is a classic don't.

Raise your hand if you still get chain letters from your aunt that claim you will die in seven days if you don't forward that nonsense to 20 people you know? It's like a really annoying The Ring.

Did you get it?

The concept of emails allows for a certain grace period between when you send it and when you can expect a response. That grace period is longer than "immediately."

Some people just don't like receiving emails. There are many other, more efficient methods of communication. I like email, but I get it.

Yeah, this would be ridiculous. No one uses Yahoo anymore. The next one is also a pet peeve of mine when it comes to email.

Emails and texts are two different methods of communication, and they should be treated as such! Sincerely, a grammar nerd.

Sometimes, your dumb quote or cute sloth picture just doesn't seem appropriate on the end of your email. Let's keep it professional, shall we?

Before you fire off an email, think about the information you're trying to communicate and decide whether or not an email is the best way to deliver that information. It will save you so much time in the long run.

An ominous email can quickly look way more accessible by breaking it up into paragraphs. I'm a big fan of short paragraphs. If you couldn't tell.

Attachments should only be sent when absolutely necessary. Share this with someone who needs to learn a thing or two about emailing properly!