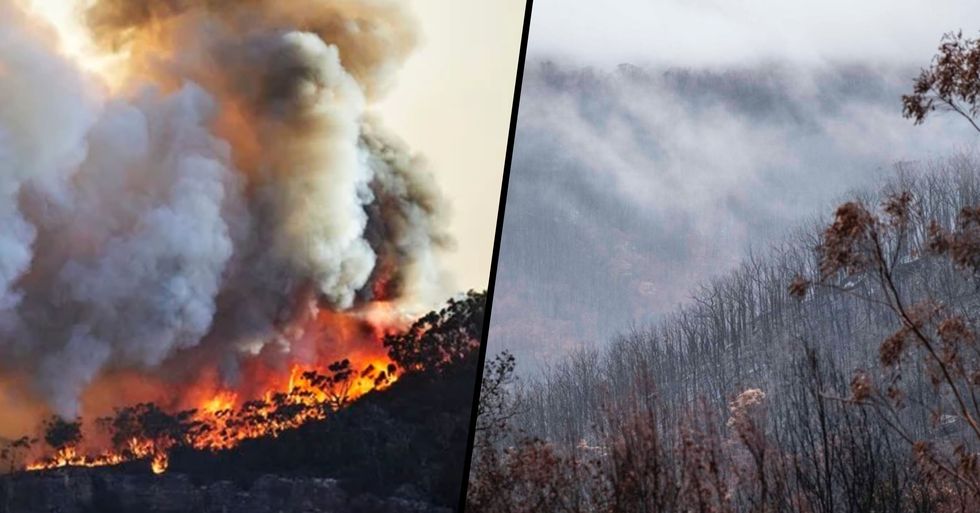 Australia has been burning for months on end now, and there has been very little hope in sight for it's exhausted residents.

But now, the remarkable news has come in that the state of New South Wales is finally fire-free.

Keep scrolling to read more about this incredible news...

A combination of record-breaking high temperatures and a prolonged drought resulted in the outbreak of several bushfires across Australia's east coast.

And, thanks to the country's prolonged drought...

Thousands of firefighters have been bravely tackling the flames...

But much of their efforts were to no avail, as the fires continued to rampage across the country.

And countries such as Canada, New Zealand, and the United States sent in their own firefighters in a bid to help tackle the blazes.

But, heartbreakingly, many of Australia's brave firefighters lost their lives in the fight for their country.

And roughly 2.5 million acres of land have been burned - That's nearly the same size as South Korea, just to put things into perspective.

The flames stretched for thousands of miles.

This the view from the top of the Tasman Glacier NZ today - whole South island experiencing bushfire clouds. We can… https://t.co/YOZiUZ5asn
— Miss Roho (@Miss Roho)1577876676.0

And people in neighbouring countries such as New Zealand were reporting being able to actually see and smell the smoke.

And are currently being nursed back to health by volunteers. However, their caregivers are concerned about their survival rates, considering that a staggering proportion of their natural habitats have been destroyed.

All in all, it's a pretty bleak situation.

So, in January, Australians rejoiced when they finally had a little bit of rainfall.

Things have been steadily improving since then...

The country has been experiencing more and more rainfall in the last month and, now, something truly remarkable has happened.

The state of New South Wales has finally been declared as fire-free.

After months and months of devastating blazes, New South Wales has finally been given the break it deserves.

The eastern state was the worst affected in the bushfire crisis.

In New South Wales alone, more than five million hectares of land were burnt, destroying more than 2,000 houses, according to the BBC.

So this news is completely incredible.

The NSW RFS took to social media on Monday to announce the incredible news, where they wrote: "For the first time since early July 2019, there is currently no active bush or grass fires in #NSW. That’s more than 240 days of fire activity for the state."

And the good news doesn't stop there...

A huge amount of rainfall is predicted to hit the state over the next week, meaning that the fires should stay put out.

Is this a new glimmer of hope for Australia?

Let's hope that this news is only the beginning of a new chapter for the devastated country. While on the topic of good news, let's just discuss how great Australia's animals are. Keep scrolling to read more about koalas, and to hear the heartwarming story of a koala joey and his mother after enduring life-saving surgery...