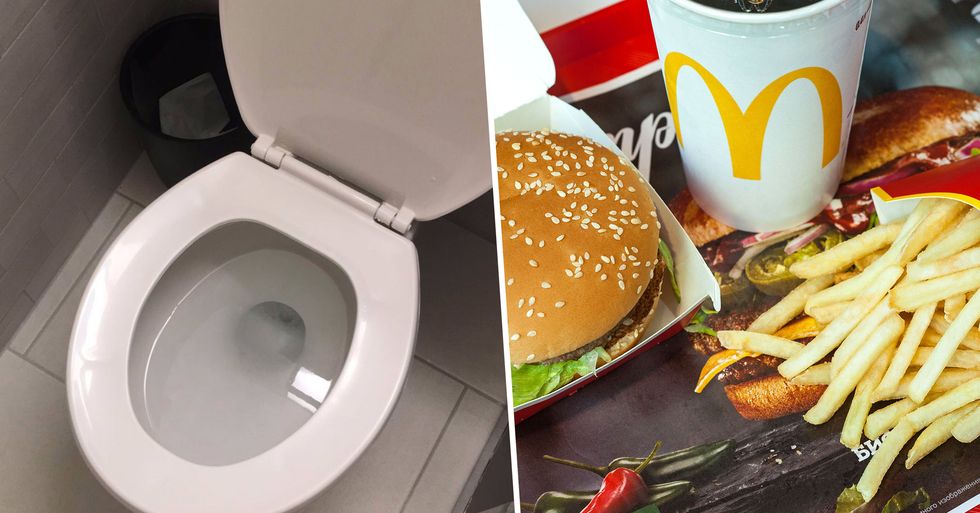 There is one country in the world that seems to defy all expectations and it is the United States of America. This land seems to be home to some "weird" norms, as pointed out by British people who seem to do things very differently.

Read on to see some of the most surprising things, but I must warn you, it just gets stranger the more you scroll...

America is home to a number of unique quirks that make it the place that it is today.

But mainly to British people.

So here are some of the strangest differences between us...

Brace yourselves, ladies and gentlemen.

"Attack ads" against political opponents, and ads for law firms or lawyers. These kinds of ads are considered pretty unethical in the UK and so many other countries too.

Brits find it pretty strange that all traffic has to stop when a school bus is in operation.

Actually, why is the water so high anyway? Brits aren't used to that much water down there!

Writing dates as MM/DD/YYYY, when most other places, including the UK, do theirs as DD/MM/YYYY.

It's pretty strange that kids are able to vote before reaching the legal drinking age... Even I can't make sense of this.

Apparently the Brits prefer their breadsticks to look like a pencil, while we prefer the "baguette" style ones.

British people find it weird that we call a main course an "entrée." Apparently, the term refers to an appetizer/side dish across the pond.

This is a big one: pledging allegiance to the flag in class. Over half of the British population can't even recall the lyrics of their national anthem.

Now this one is pretty damn weird...

This is what one Brit recalled on Reddit: "Cash bail. The concept of 'paying bail' has always seemed ludicrous to me. Here in the UK, everyone is bailed automatically unless they are seen as a significant flight risk or a severe danger to others (murderers, etc.). Cash bail is literally making extortion part of the justice system. Not only this, but it gives an unfair edge to the very wealthy who can afford to be bailed out for even the most heinous of crimes."

Across the pond, a trip in an ambulance is completely free, so is most healthcare thanks to their NHS system.

Yeah, healthcare is not the strongest part of the American system.

It's an actual crime to microwave your water for a cup of tea over there.

Bread is not supposed to be just a savory snack, guys!

Here's another experience: "Not putting the final price on the tag. I'm not sure whether it's still like this, but a few years ago one never knew whether the $1.00 item in McDonald's or Burger King is actually $1.00 or maybe $1.08."

Besides soccer (which they refer to as football), no one really stays dedicated to sports, and it sure as hell can't get them a university scholarship like it can here.

"Naming side effects on medication advertisements... hilarious to us Brits," said a user on Reddit. They like to keep it a secret, it seems.

It's not strange for strangers to strike up a conversation with each other in public, but according to British people, you'd be considered "weird" if you did that over there. Yikes.

"Having a fully-blown police patrol at the school." Yeah, you don't have to guess why for this one.

They only graduate after earning a university degree or higher-level education. Graduating high school is a pretty big thing over here.

Brits can tell you what colors are on their flag, but ask them to draw the British one and they might have some trouble.

In the United Kingdom, lemonade is a fizzy, clear drink and is typically replaced with Sprite or 7Up, as opposed to actual homemade lemonade.

"Being legally allowed to drink only when you reach 21." As if anyone waits that long anyway. The legal drinking age is eighteen in the UK.

Apparently Brits get freaked out at American portion sizes. We just like to eat well...

People in the UK regard the photo above as cookies, and everything else as "biscuits."

Here's an American person's anecdote: "I forget who it was - a British comedian I went to see - who said that Americans think nothing of driving an hour to go to dinner. But in the UK, if you're a 20-minute drive from your parents', you might see them at Christmas."

"Thank you for your service."

Another Brit on Reddit revealed this: "The military is treated like some sort of God-level being. It first struck me at Seaworld when they would make all service personnel stand up. In the U.K. the military guys (a) wouldn’t do it and (b) would be embarrassed. In most cases, they would be actively told not to do it so they don’t get identified - the fear the IRA stoked still runs deep in the processes in the military of the U.K." Yikes.

Brits have switches by the side of almost every single plug socket so they can switch them off when they're not using them, whereas Americans don't. They also get freaked out at the fact that we have sockets in our bathrooms.

We hardly ever do this, but Brits have the choice of 10-20 different types of advent calendars by the time the festive season rolls around. It's like a religious staple at Christmas time.

It's also the same kind of vibe around Easter time when everyone's eating massive chocolate eggs.

This American phenomenon is also another tea-related crime across the pond as Brits like to consider tea a warm, milky drink and nothing less. Yes, even during the summer.

Who knew we lived our lives so differently?

Another thing that freaks people in the UK out is the fact that literally anyone can run for President... even reality TV stars. Keep scrolling to see how Kim Kardashian planned to get to the throne.