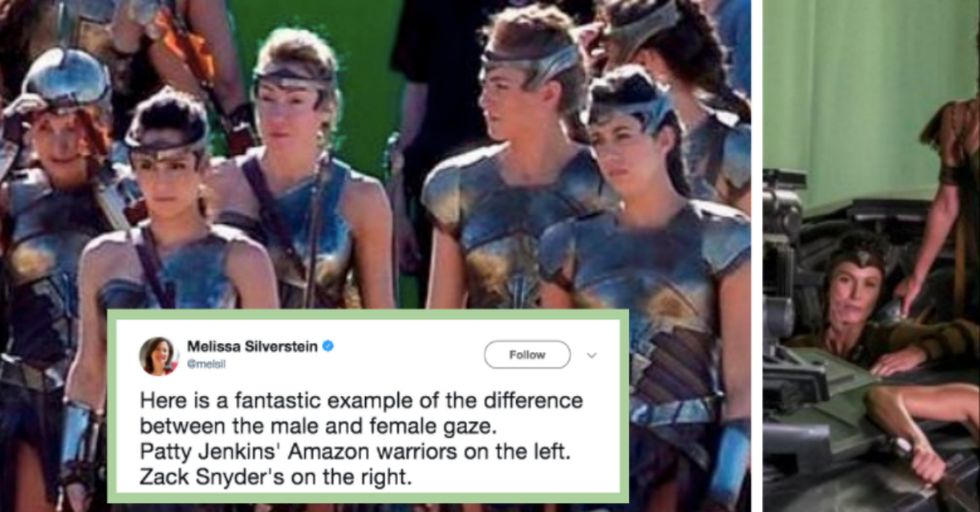 Remember when Wonder Woman came out and were all so happy to finally see a movie with a female superhero that was directed by a woman? That sure was great, right? Little girls all over the country could go to the movie theater and see a woman defeating the bad guys and saving the day.

Yeah, well, that may not be exactly the message that's being sent by Justice League, the new movie that features Gal Gadot as Wonder Woman. And it'll only take one glance to see why.

Here's a side-by-side of the Amazon warriors in Wonder Woman (on the left) and in Justice League (on the right):

Notice any differences? Take a look at the costumes. In Wonder Woman, the Amazons' armor was clearly made for battle. The Justice League armor? Eh... not so much. Not so much armor, that is.

People are already up in arms about the new direction the Amazons' costuming has taken.

Not only did Wonder Woman have a female director (Patty Jenkins), the costume designer was also a woman named Lindy Hemming. Justice League, by comparison, is directed by Zack Snyder (a man). The costume designer is Michael Wilkinson (you guessed it: another man).

Do we really need to point out how not battle-ready Snyder's Amazons are?

Armor has one job: Protect the person wearing it. That means providing a barrier between any vital organs and, like, a sword. You know what isn't a purpose of armor? Making the person wearing it look sexy. That's not really a big concern among warriors in battle, as it turns out.

Not only are the new costumes skimpy as all get-out, they're also... just... not good?

Let's hope the women in Justice League — regardless of how they're dressed (or not dressed, as it were) — continue to be the badass heroes like they were in Wonder Woman.

Smash that patriarchy, people! That's what real heroes do.