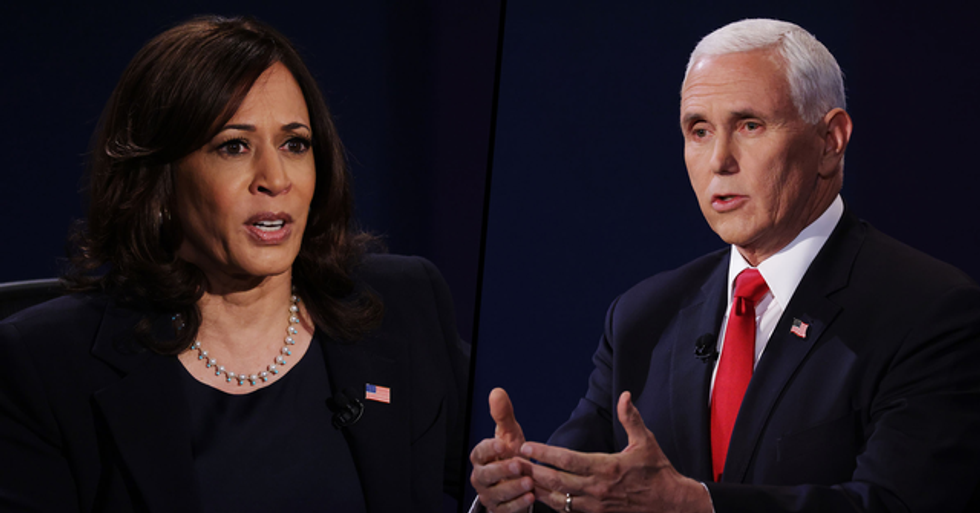 Following the explosive debut presidential debate nearly 2 weeks ago, it was now time for the vice nominees to have their say.

The pair debated with a Plexiglass shield between them...

However, concerns regarding the distance between the podiums are still rife.

Many are worried about Pence's exposure to the virus, considering the President was infected just a few days ago.

Many even believe that, thanks to the virus, the whole debate should be virtual...

Let's meet our candidates, and get an insight into what we can expect from them.

Standing for the Republicans, we have the current vice president, Mike Pence.

It is believed that Pence has a swift plan of attack...

And some of his preparation has involved developing ways to strike his female opponent "without opening himself up to criticism that he is acting in a disrespectful or sexist way," according to NBC News.

So people were expecting a real show.

Axios reported that Harris is similarly planning to go in on the attack...

And it is anticipated that she will be rebuking both Trump and Pence over their response to coronavirus, healthcare, and beyond.

But, given the President’s ill-health, she will tone it down.

Much like the debut presidential debate on September 30th, opinions were seriously divided in the run-up to the debate.

On one hand, there was an overwhelming wave of support for Pence.

But, on the other hand, many were keen to witness Harris' direct and "sweat-inducing" approach to Pence.

But there was one aspect of the debate many found particularly interesting.

The differing Republican and Democratic stances on public healthcare...

Harris praised the Affordable Care Act, which has provided millions of Americans with help.

"On the other hand, Donald Trump is in court trying to get rid of the Affordable Care Act, which means that you will lose protections if you have preexisting conditions," she pointed out.

Harris then dropped a bombshell.

"If you have a preexisting condition, heart disease, diabetes, breast cancer, they're coming for you."

"If you love someone with a preexisting condition, they're coming for you."

"If you're under the age of 26 on your parents' coverage, they're coming for you."

If you have a pre-existing condition, the Trump administration is coming for you. https://t.co/mf6fux03nR
— Kamala Harris (@Kamala Harris)1602121761.0

Want more from Harris? Scroll on for the exact same joke everyone made when she was announced as Biden's running mate...