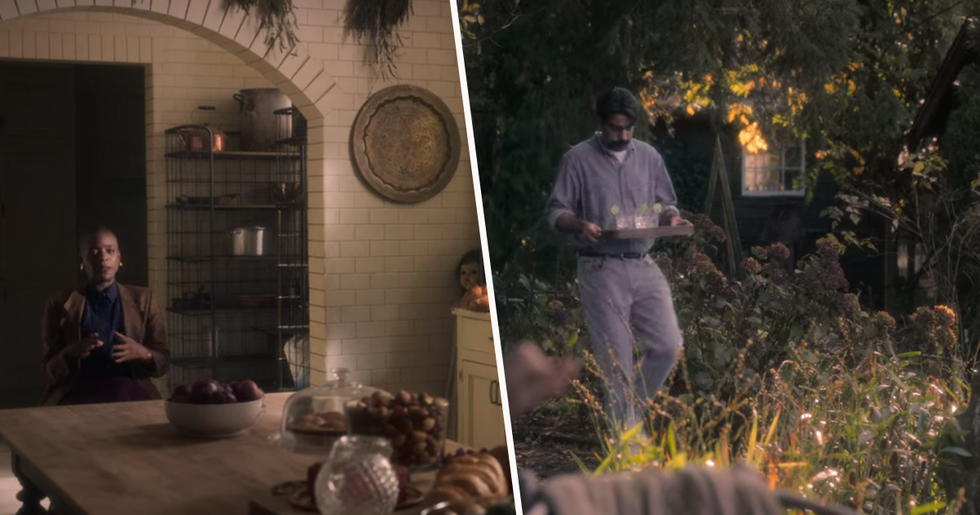 It's been a long time coming but The Haunting of Bly Manor finally dropped on Friday, serving us that spooky pre-weekend binge-watching.

But eagle-eyed fans have discovered some rather creepy secret ghosts. Did you spot them all?

On Friday, the time finally came...

The Haunting of Bly Manor officially dropped on Netflix.

This season was touted to be even scarier than first.

So of course, horror fanatics couldn't wait to get their teeth into the episodes.

But, after watching, viewers have been spotting hidden ghosts...

And it's left everyone feeling extremely haunted.

It all started with The Haunting of Hill House.

The spine-chilling series immediately gained a ton of attention, and it's not hard to see why.

In need of a refresh?

But there was a problem...

The second stint, aka The Haunting of Bly Manor, based on a classic from the horror canon.

Horror fans rejoiced with the news of season 2...

The expansive nature of a multiple-part series means that there was a ton of room for exploration. "We’re looking at all the ghost stories of Henry James as the jumping-off point for the season, so it very much is a whole new deal," Flanagan went on.

But fans of the original series could count on one thing.

The second series has something for everyone...

Victoria Pedretti, Oliver Jackson-Cohen, and Henry Thomas star in this series once again.

As well as Kate Siegel.

It didn't take long for people to offer their opinion on the show...

And viewers seem to have been left suitably spooked.

ive been so soft and emotional since i watched bly manor this is so disgusting and embarrassing https://t.co/WObIvIJvYQ
— alexis (@alexis)1602482631.0

And eagle-eyed fans have spent some time spotting the ghosts hidden within the show's scenes...

The plague doctor is spotted behind Dani in episode 1 at 29:40.

He's again spotted behind Dani down by the lake in episode 1 at 34:16.

At the start of episode 2, the boy with no face can be seen in the hallway.

Around the thirty-minute mark, another figure is spotted at the end of the hallway.

Again in episode 2, Rebecca can be spotted in a doorway.

8 minutes into episode 3, this figure can be spotted behind a door.

The soldier can be spotted in the kitchen later in the episode.

In episode 4, the plague doctor's mask is seen again in the background.

In episode 5, this figure is seen at the entrance to the chapel.

Again in episode 5, this little boy is lurking in the kitchen.

And finally, in episode 5, the young boy is spotted playing with dolls.

Want to spot some more?

Here's the trailer. And for more creepy Netflix content, scroll on...