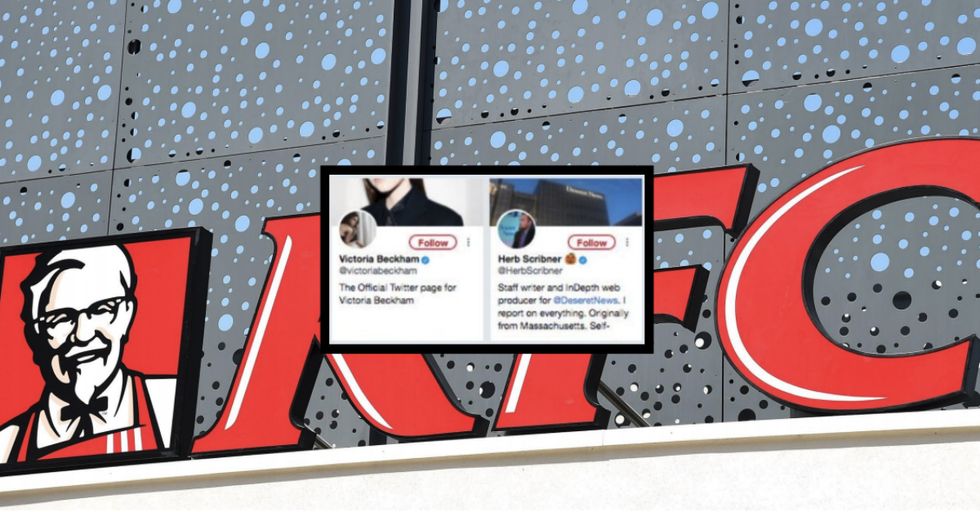 Every once in awhile, the Internet discovers something magical and we all get to share a little moment of unity. Earlier this week, it was the fact that Melania may have a body double. Today, we're talking about a fast food restaurant. KFC, to be specific.

The Internet noticed something awfully interesting about the company's Twitter account, and we're all pretty darn thrilled about it.

KFC does a lot of things right.

Chicken, for one. But as the Internet recently discovered, KFC's social media game is also totally on point.

If you go to their Twitter page, you'll notice that they have more than 1 million followers. In contrast, they follow a mere 11 accounts.

11 accounts? But Burger King follows nearly 4,000! What could this possibly mean? Let's take a closer look.

Here they are. The 11 accounts that KFC follows.

It's the five Spice Girls...and six guys named Herb. In other words, 11 Herbs and Spices. 11 herbs and Spices! Just like their secret recipe! Tag yourself. I'm Herb Dean.

Now, if you don't mind us, we're off to get some lunch. And play Spice Girls albums on repeat for the rest of the day.