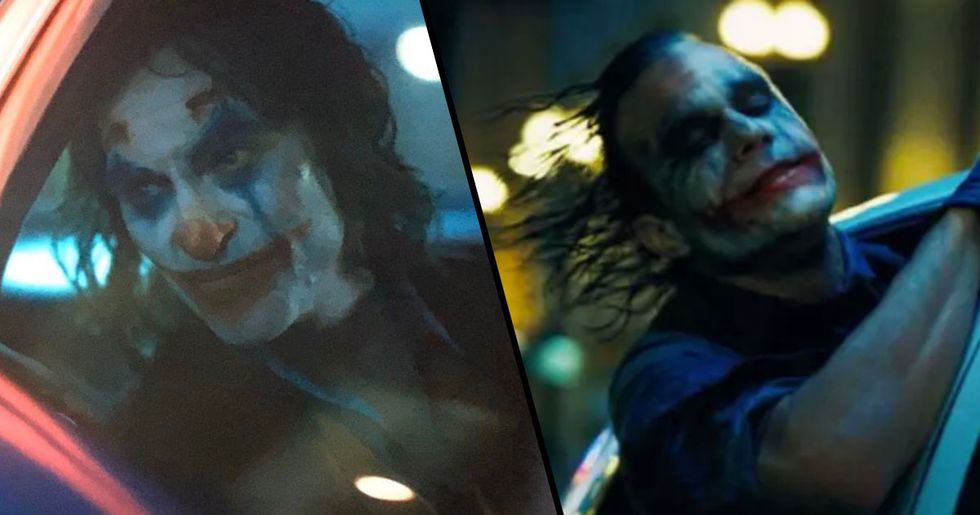 While some agree that its portrayal of mental health could have been executed better, others have commended it for every other aspect. And one particular part of it seems to have stood out for fans all around the world and it may or may not involve the legend that is Heath Ledger.

I demand that someone give that man an Oscar!

The word on the street is that Pheonix is a shoo-in for an Oscar, people saying his portrayal of the Joker really brought back that rawness to the character. And so began the comparison memes to Jared Leto who is on the receiving end of some well-deserved criticism for his previous role as the Joker.

But that's not the only thing fans are talking about.

A debate has broken out online with some fans claiming that there is a powerful reference to Heath Ledger in the movie.

For those of you that haven't noticed, this scene looks eerily similar to the one that featured Heath Ledger back in 2008.

Some fans, who believe that Ledger was the most iconic Joker to ever exist, loved this "tribute."

How amazing would it be if this was actually the reason behind this scene?

However, others have other theories.

They have established the fact that this isn't actually an homage to the late actor. Instead, it is supposed to compare the difference between Fleck before and after the chaos of the Joker.

Whatever the actual answer is...

It doesn't really matter. They're both legends who have created masterpieces that will be remembered for a long time.