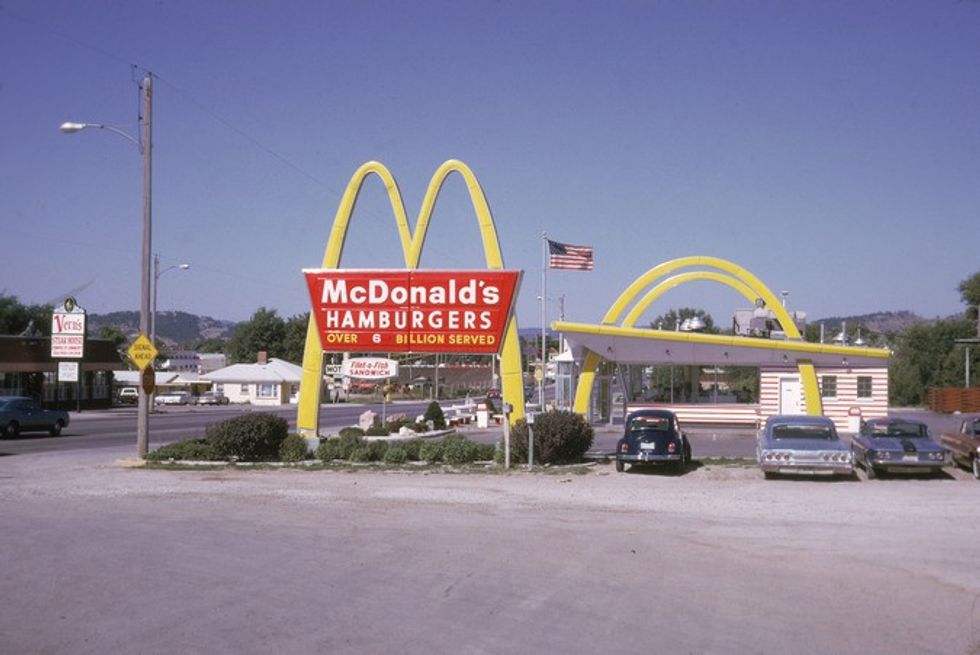 We all know that somehow Coca-Cola just mysteriously tastes better from McDonalds, but with new information from the Golden Arches themselves, we now know there is a scientific reason for it!

Do they make the food saltier so your taste buds are more receptive? Is it some sort of secret formula?

If you've ever wondered why, you're not alone, and you'll be glad to know it tastes different for a very specific reason.

McDonald's finally answered the question, "Why does the Coca-Cola at McDonald's taste so good?" on the FAQ portion of their website.

First of all, there is no secret formula to their recipe.

"We simply follow the guidelines set by Coca-Cola and take steps to ensure it tastes the same as when you buy it in a bottle," says the page.

So what are those guidelines?

To start, the Coca-Cola syrup is delivered to McDonald's in stainless steel containers.

The stainless steel helps keep the ingredients in the Coke fresher.

Other fast food restaurants don't deliver the Coca-Cola syrup in stainless steel, but rather, in plastic bags, which allows the ingredients to degrade over time.

Apparently a simple thing like the way a syrup is shipped makes a big difference.

Next, the Coca-Cola syrup is mixed with the freshest water possible.

McDonald's has a top of the line water filtration system to make sure the H20 that mixes with the syrup is going to be clean and fresh. But it doesn't stop there...

The water is also put through an insulated tube in order to keep the Coca-Cola completely cold.

This tube connects the refrigerator in the back to the soda fountain by the drive-thru window, and it makes sure your Coke is as cold as it needs to be.

The water that flows through the tube is kept just above freezing to maintain optimal temperature.

This temperature allows for it to achieve peak C02 levels, which gives Coke its iconic taste and makes those perfectly fizzy bubbles last longer. The syrup is also pre-chilled before it even enters the fountain dispensers.

Did you know that McDonald's has a slightly wider straw than other fast food restaurants? "It’s slightly wider than a typical straw, so all that Coke taste can hit all your tastebuds," says the McDonald's website.

So long story short, McDonald's is super-serious about the way their Coke tastes.

According to the site, they keep these measures in place to, "ensure our drinks are always meeting a gold standard." So now we know! There is an exact science to everyone's favorite drink.