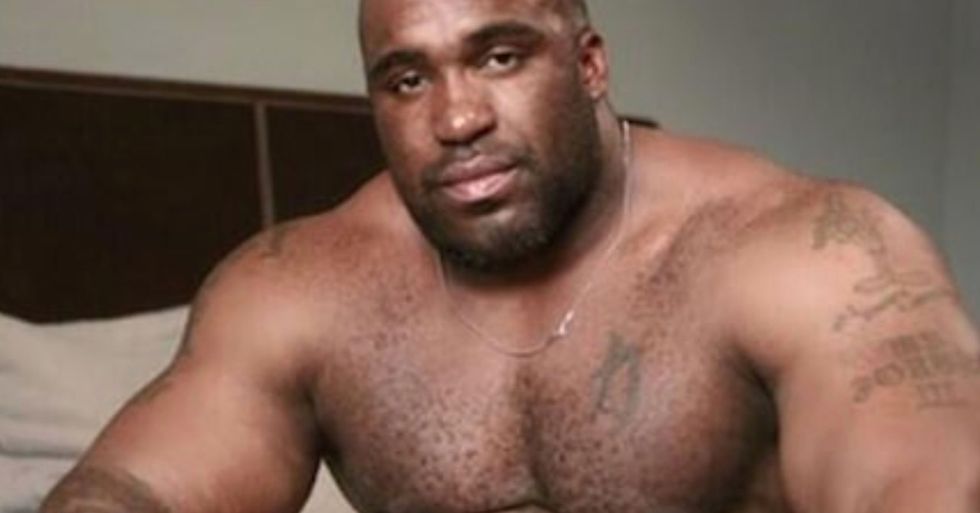 Recently, amid the coronavirus pandemic, a prank text has been doing the rounds featuring an image of man - who has since gone viral.

Now, after some digging, the real story behind the mystery man at the center of the prank has emerged, and it's utterly tragic.

So, for those who laughed at the prank, get prepared to feel really bad...

In the era of social media, it's hardly surprising that the COVID-19 has fuelled a lot of fake news and pranks.

Several fake stories and memes have been swirling around the internet.

And there's one prank, in particular, that gained a lot of attention online.

Many of you may know what we're talking about, but for those who don't, here's how the prank goes...

A prank in the form of a text has been doing the rounds the past few weeks...

Those who receive the text will see a link to a breaking news "BBC" story about coronavirus.

A NSFW image pops up of an African-American man sat on the end of a bed.

The photo of the mystery man instantly went viral.

My friend sent me a prank message about there being confirmed cases of Coronavirus in Richmond and without clicking… https://t.co/Mii4L7ESSq
— sully (@sully)1580268211.0

And was so popular that it became the subject of countless memes.

The snap has even been printed on T-shirts...

Which some sites are still selling.

Since the man's image catapulted to viral fame...

Vice decided to do a little digging on the mystery man in the photo.

But what they found was actually incredibly tragic.

So, for those of you that laughed at the prank text, get prepared to feel really bad...

Although he was better known as "Woody."

And the nickname he later adopted - Woody - was given to him as a kid playing basketball. So, no, it wasn't some kind of innuendo.

He was a high school football star...

And even played briefly for the New Orleans Saints and in the New England Football League.

Vice were able to get in contact with Wardy’s former girlfriend, Heather Alegria.

And she revealed some startling details about Wardy's life.

Wardy was an adult entertainment star...

And the photo from the prank was taken by Pantheon Productions owner, Walter Smith, for an adult entertainment site in 2011.

Although, this isn't the first time the picture in question has gone viral.

In fact, it has been doing the meme rounds for years - appearing on sites such as 4chan and Reddit back in 2012.

Wardy started working in the industry by chance after spending time hanging out at clubs and parties in San Francisco.

While working in the industry, he was then scouted for making content for adult entertainment sites.

Wardy also has 2 children and "enjoyed going to church."

He also regularly gave food to the homeless.

Heather explained that the family was in total shock when he died.

She described him as “healthy as a horse" and someone who shied away from drugs.

And he sadly passed away from a heart attack.

Wardy's family has yet to finish paying off his funeral expenses.

Although 4 years have passed since his death, they still owe roughly $1,500 for the memorial service and sadly haven't been able to afford a headstone for his grave. A new GoFundMe page has been set up to raise funds to cover those costs. R.I.P. Wardy.