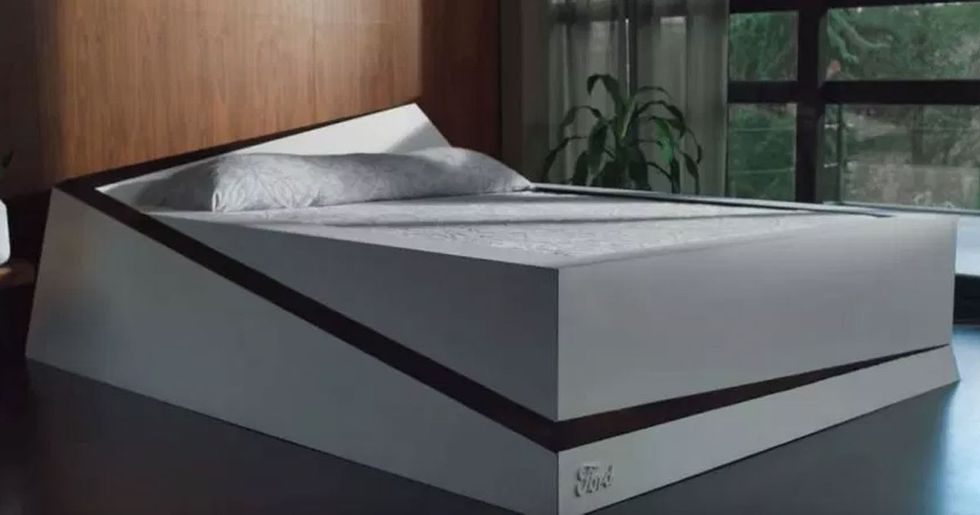 There are many of us who understand the struggle of sharing a bed with someone else. Although the experience can sometimes be wonderful, comforting and cuddly – it can also lead to some issues. Because when you share a bed with someone, you both have to play by each other’s rules. Maybe one of you prefers having the quilt off their feet, maybe one of you only uses one pillow as opposed to your four, there are many variables that need to be taken into account when it comes to sharing a bed with someone you love. The biggest issue you will most likely face is bed hogging, which can often lead to many tired arguments the next day. However, there is now a new bed that can completely change that!

There is nothing worse than a bad night’s sleep.

You wake up, from the little sleep you’ve had, to a day of work and payments that you are just too exhausted to care about. It’s not fun.
So imagine a bad night’s sleep caused by the person you love. On the one hand, you can’t hate them, because they're your special person. But on the other, you can't help but resent just that little bit. Again, not fun!

But why does this happen?

Well a major contributor is often that your romantic partner just doesn’t know how to share.
Basically, they hog the bed. They pull the quilt off you, they steal your pillows and they push you to the very edge of the bed.
Leaving you grasping on for dear life. There’s nothing worse than dangling over the cold bedroom floor, while the love of your life drifts in and out of their dream scape.

But now there may be a way to overcome this!

Because a new smart bed has been released that could save you from a bad night’s sleep and save your tumultuous relationship as well.

And you’ll never guess who made this amazing bed.

Turns out this modern-day miracle of technology was created by Ford – yes the same people who make Ford cars.

And the bed sounds amazing!

Because the people at Ford have used the same technology used to keep cars in the middle of the road, to keep the hogger on their side of the bed! I know right!

Called the Lane Keeping Aid in the car, the people at Ford have created a Lane Keeping bed, which will make sure that your loved one stays on their side of the bed.

This is how it works.

There is a line down the middle of the bed, that when crossed, will trigger the bed’s mechanism. A rotating mattress adjusts to make sure that you both have equal space, while pressure sensors and motion control technology ensures that you stay on your side.

Just check it out for yourself!

When speaking about the invention, Ford had this to say:

"For those who share their bed with a “space invader", precious hours can be lost simply trying to reclaim a fair share of the mattress. One solution could be Ford’s “Lane-Keeping Bed", that applies car tech know-how to ensuring that even the most selfish bed mate stays “in lane" through the night."

And the bed has been approved by sleep experts.

Dr Neil Stanley, who worked closely on the creation of the bed, had this to say about the invention: "Humans are most vulnerable when sleeping, so we're programmed to wake when something or someone touches us unexpectedly. If someone moves onto your side of the bed this defence mechanism will kick in and you'll have a broken night, often while they continue to sleep soundly."

But sadly you cannot buy it yet.

As of yet, the bed is actually not for sale, having been created for a new series called Interventions. However, I have a feeling we’ll see them hitting stores sometime in the future.

Would you consider purchasing one of these beds? Or are you confident in your partner and their sleeping habits? Cause at the end of the day, we all love a good cuddle.