These 100% Real Pics Don't Make Any Sense...Until You Learn the Crazy Explanations | 22 Words 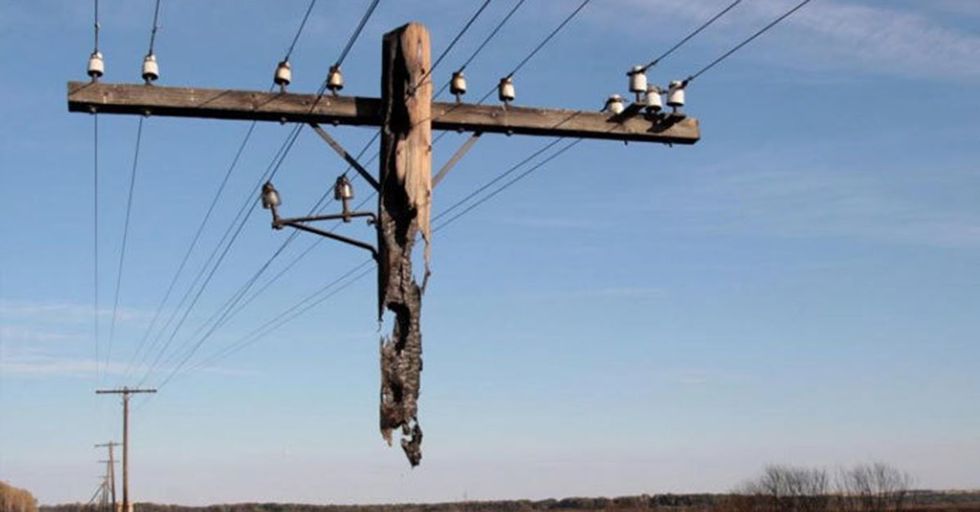 These 100% Real Pics Don't Make Any Sense...Until You Learn the Crazy Explanations

You know that phrase "Don't believe everything you see?" Well, it's a little hard to know when your eyes are playing trick on you versus what's actually real life.

For instance, these photos look like they've been altered or staged because...well, they're too weird-looking to seem real. But they are 100% real. The reasons why they look so freaky? Well, each one is different, so check them out below?

When a man stands behind a horse to take a pic, it looks like the horse is flexing its guns.

An old elevator shaft in a building lobby was made clear and filled with water and 15,000 fish. This dude's in scuba gear to clean the glass!

This pole got struck by lightning. The bottom burned through, but the top didn't and remains suspended by the lines running through it.

This is a stretch of the Nile River that has plants (hyacinth) growing on top of it.

This hasn't been color-correct. A volcanic explosion covered everything with ash, then this flower bloomed afterwards.

It looks like sci-fi, but this is the Ladybower Reservoir in England.

This looks so fake that it looks like BAD Photoshop, but it's actually taken from the beach at St. Martin, located right next to the airport. Planes come in ridiculously low. And loud.

The lake is frozen solid, then there's a thin layer of water sitting atop the ice.

Okay. This one was staged. Those are baguettes.

This wasn't designed for fun. An earthquake bent the train tracks.

It looks like an art installation, but really, its what happens when water freezes on the front of your car, connects to the ground, then stays there when you back out.

'Whalenado 5'? Nope. This is actually a very convincing hot air balloon from the Festival of Winds