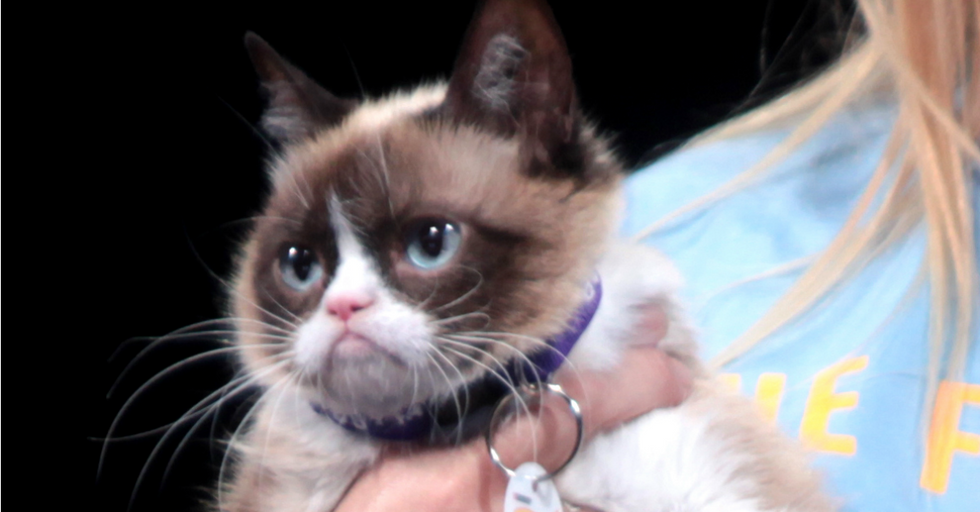 Everyone loves a cherished family pet.

Well, it turns out that some people love their pets WAY more than others. Take this list of the wealthiest animals in the world, for example. Instead of leaving their fortunes to family members who could actually use the money, they chose to leave it to their furry companions instead. Questionable decision? Yes. Totally adorable? Definitely.

Keep reading to meet the cuddly creatures who have more money than you probably ever will.

Most people have had an animal in their lives that they've loved as if they were a member of their family.

You want to give your furry friend the world, and make sure they're warm, fed, and protected. But some people take this mentality to extremes, and gift their pets something more than just a chew toy and the occasional treat. These 11 critters are the richest animals in the world. Prepare to feel pretty bad about your bank account.

Big Tibby, a 52-year-old Tortoise, was lucky enough to inherit £50,000 from his wealthy owner, Donald Moss. Okay, so it actually was given to his next-door-neighbor Christina Foyle, but was to be used solely to take care of the beloved tortoise after Moss passed.

Blackie was considered the richest cat in the world, for a moment in time. When his late owner, Ben Rea, a British antique dealer, died in 1988, he left the feline his $25 million fortune.

Csoki is a beautiful African parrot owned by millionaire Victoria Brown from London, England. When she died, she bequeathed the parrot £50,000 pounds. Now that's something to squawk about!

Flossie, a yellow lab, is owned by celebrities Drew Barrymore and ex-husband Tom Green. Back when they were still a couple, the faithful lab barked to alert them of a house fire as they slept. To show her gratitude, Barrymore put her house in trust for Flossie. What a good girl. Check the next page for more!

Gunther IV was a German Shepard owned by German Countess Karlotta Liebenstein. How much did Gunther inherit upon her death? An estimated $106 million. Woof.

Toby Rimes has quite the pedigree. He's descended from a poodle by the same name who was owned by Ella Wendel, a millionaire from New York. Wendel left her dog an amount somewhere between $30 million and $80 million. The inheritance has been passed down to all of the original poodle's offspring, which includes Toby.

Tommasino is the ultimate rags-to-riches story. A former stray, he found his way into the home of Italian property magnate Maria Assunta. After Assunta's death at age 94, she left the furry feline $12.4 million. The money is held in a trust by Assunta's nurse.

Leona Helmsley, an American businesswoman, was nicknamed "The Queen of Mean" due to her tyrannical personality. Apparently, she was only mean to humans, because she ended up leaving her pup "Trouble" $12 million in her will. But there's more!

Tama, who passed away on June 15, 2015, was owned by Wakayama Electric Railway in Kinokawa, Wakayama Prefecture, Japan. She worked as Kishi's Super Station Master and operating officer and ended up earning as much as $10 million after her assignment ended. Okay, this one is a bit different. Tama earned that money. And just look at her adorable little hat!

And, of course, Grumpy Cat.

Everyone's favorite moody kitty (other than Garfield, of course) is estimated to be worth at least $1 million. If that's not a reason to cheer up, we don't know what is!