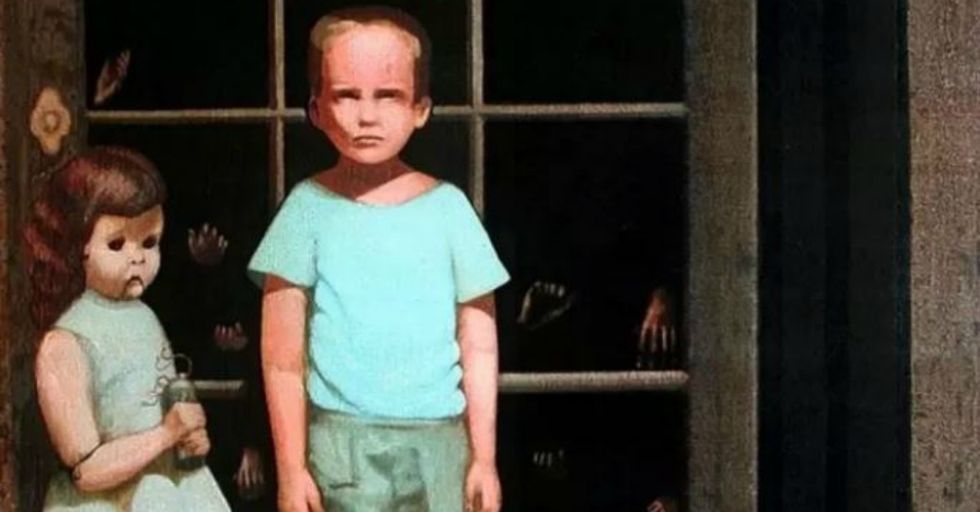 These 12 Super Unsettling True Stories Will Give You Night Terrors

The Internet is home to a plethora of deeply disturbing content. In fact, it's pretty hard to avoid stumbling across something online that will haunt you for days after you close out of your browser. But if you're one of those twisted types that seek out this kind of reading material, Wikipedia is a total treasure trove for all things weird and creepy.

So sit back, relax, and enjoy these 12 ultra-unsettling pages that are almost guaranteed to keep you awake tonight.

The Beaumont Children Disappearance happened in 1966 when three children aged 9, 7, and 4 went missing from an Australian beach. The three kids were last seen with an unknown blonde man. Although there have been some alleged sightings of the children and even a bizarre letter claiming to be written by one of them, their disappearance remains a mystery to this day.

The mysterious deaths of Lisanne Froon and Kris Kremers

Two Dutch woman named Lisanne Froon and Kris Kremers were backpacking in Panama, and were declared missing after going on a hike and never returning. Their phones and camera were discovered 10 weeks later and contained some strange photos that have caused internet sleuths to hypothesize what lead to the girls' demise. The camera roll starts with typical posed shots of before they went missing and ends with nearly 100 shots a week after they went missing of the pitch-black forest. Some think the forest shots were taken in an effort to send a signal with the flash or see better in the dark. Their remains were found a year after that mysterious hike, but gave no clue as to what actually happened.

Lithopedion, which translates to "stone baby", is a phenomenon that occurs when a woman's body isn't aware of the pregnancy and the fetus doesn't develop. The fetus calcifies and basically turns to stone inside the womb.

The scariest part? This can remain undiscovered for decades.

Self-cannibalism or auto-cannibalism is "the practice of eating oneself." The creepiest part of this entry is the section on animals, which details the short-tailed cricket that eats its own wings and the North American rat snake that has been known to attempt to consume itself until death.

In ancient Chinese medicine, the process of submerging a dead body in honey was known as a Mellified Man. Before death, an older or sickly person would consume nothing but honey until it finally killed them. After they died, they would be placed in a casket filled with honey and left to age. Eventually, the body was eaten as some sort of healing confectionary treat. Yeah, I think I'll pass on that. Thanks.

Idilia Dubb, a 17-year-old teen from Scottland, was on vacation with her family in Germany in 1851 when she found herself lost and trapped in the abandoned Lahneck Castle where she slowly starved to death. Years after her disappearance, her remains were found along with a diary that documented her slow and painful death.

The Hands Resist Him

This nightmare-inducing painting was done by artist Bill Stoneham in 1972. Called The Hands Resist Him, the painting depicts a pair of black-eyed children standing in front of a door with disembodied pants pressed against the glass. Oh, and it's apparently haunted.

Isadora Duncan was an acclaimed American dancer who died in 1927 when her long silk scarf became entangled in the wheels of the car she was riding in. Duncan was pulled from the car and her neck was broken, killing her instantly. Apparently, her friend Mary Desti gave her the scarf and came to see her off before she left. She even warned Duncan about the scarf as she drove away to her death.

On March 19, 2004, Brianna Maitland, a 17-year-old waitress from Vermont, finished her shift and left for the day. But she never made it home and was never heard from again. The next day, her car was discovered empty next to an abandoned house. The mystery of her disappearance remains unsolved to this day.

The List of Unusual Deaths Wikipedia page is definitely worth a quick look for some dark entertainment. The list includes bizarre incidents such as a man being beaten to death with a bible in 1903; a man overdosing on Vitamin A after drinking 10 gallons of carrot juice in 1974, and a New Zealand man who slipped on some ice and drowned in his cat's water bowl in 2001.

Alice in Wonderland syndrome is a condition where people experience issues with perception and size distortion. It's a neurological disorder often linked with brain tumors, migraines, and psychoactive drugs. "A prominent and often disturbing symptom are experiences of altered body image. The person may find that they are confused as to the size and shape of parts of (or all of) their body. They may feel as though their body is expanding or getting smaller. Alice in Wonderland syndrome also involves perceptual distortions of the size or shape of objects."

Robert the Doll is an allegedly haunted object that was once owned by notable painter and author Robert Eugene Otto. He first received the doll in 1906 from a Bahamian servant who was allegedly a big fan of voodoo and black magic. Otto would often be heard speaking to the doll as a child, and some even heard what they thought to be the doll responding. Neighbors even claimed to have witnessed the doll hopping around the windows when no one was home. The creepy doll is currently in the East Martello Museum. Sleep tight!