These 24 People Totally Got Burned on Social Media | 22 Words 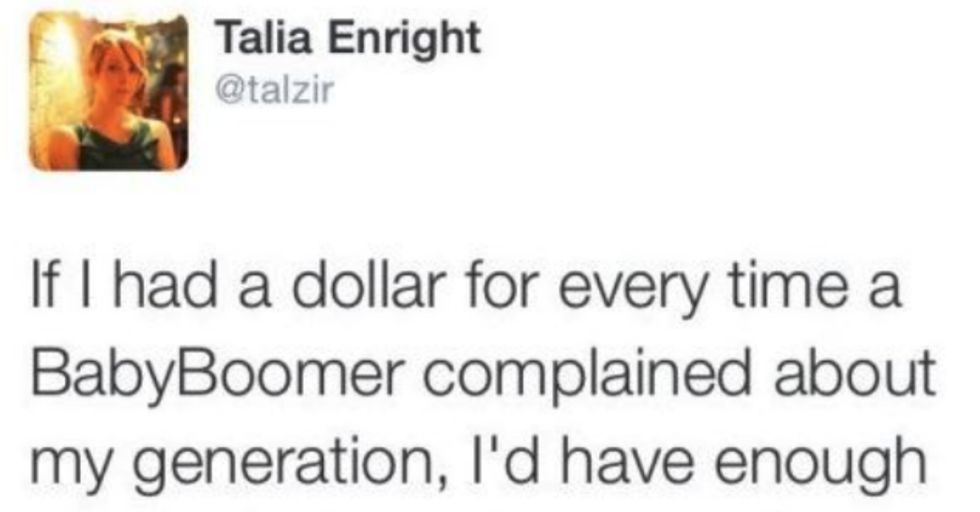 These 24 People Totally Got Burned on Social Media

It's pretty easy to say something stupid on social media. You type something up that you think will be hilarious and get hundreds of likes and comments, but in a cruel twist of fate, you get burned so badly that you're forced to delete all traces of it ever existing.

But luckily for us, screen shots exist, so the embarrassment can live on forever.

Enjoy these wicked burns and feel better about your own social media presence.

While this one is definitely tamer than most Mom jokes on the internet, it still leaves a mark. Way to stomp all over this person's happiness after finding his first love, dude!

This girl was just asking for it.

The burns that come after comments like this are just so satisfying that it's hard to feel bad about them. Why did she even have to include the word "ugly" in this post, anyways? Is it so hard to say something nice?

This burn is so fresh you can almost taste that delicious Subway sub in your mouth.

Although we probably would stay away from any food made by a former bully. Who knows what type of foul things they could sneak in there when you're not looking.

And the fact that seven supposed "friends" liked the comment just adds to the humiliation. I think we can all agree that writing this status definitely qualifies as one of Andy's "mistakes."

The lesson of this burn? Do NOT mess with Frankie Muniz. He will destroy you.

The Governator, aka Arnold Schwarzenegger, clearly isn't losing sleep over anyone hitting the "unlike" button. And he flawlessly gets his point across as only Arnold can.

Back when he was still relevant he delivered this epic burn to a girl who clearly was trying to be cute and flirty but just came off as rude. The moral of the story? Be nice online or Zach Braff with own you.

And this one seems especially hip due to his flawless use of the term "pwned." Students, keep this in mind before you post things like this that reveal your true stupidity.

We can only hope this one came from a family member.

You're always risking a burn when you write a vague and philosophical status like this. He had to have seen this coming.

This status is physically painful to read.

Was it intentionally written poorly? And if so, why? WHY?!

This one almost seems too mean to be funny. And we're stressing the word "almost" here. Keep throwing these types of comments at her and she's going to need a complete heart transplant.

You're just so easy to burn. It's probably due to your air of superiority. Okay, all vegans aren't like this. But the ones who are should expect these types of burns.

Somebody call the burn unit!

We're guessing no one came to this party. Let's hope the savage burns this poster received from this status were enough to make them rethink their terrible life choices.

This one isn't so much of a burn as it was a lesson in common decency.

Beauty is in the eye of the beholder, but a hateful attitude is ALWAYS unattractive. Thank you for being "that girl," commenter. You're a true hero.

It's as simple as that.

And, with one amazing burn, Founder-of-Myspace-Tom is suddenly relevant again.

Most millennials probably don't even know who Tom is. Oh, Tom. You were our first Myspace friend, and you'll live on forever in our hearts.

Um, this is literally how a taxi service works.

Have you ever ridden in a taxi before? And with 65 likes, the internet clearly knows a good burn when it sees it.

Somebody grab some salve for this burn!

We love the added bonus of someone including a list of burn centers around the U.S. It's just a beautiful example of two people working together for an amazing burn.

Wouldn't this be any sane person's reaction to finding themselves in this situation?

No matter who you're handcuffed to in the back of a cop car, you probably wouldn't be interested in discussing the weather or politics at a time like this.

The best types of burns are the ones backed up by science.

There's really no topping this wonderfully epic comment, and it's so beautifully stated that we almost feel the need to take a moment of silence to appreciate its majesty. .............alright, that'll do.

...but she does seem to appreciate a good burn. Poor Selena. We doubt she'll ever recover from this comment.

What were you really expecting to come from this, JJ?

This is the GRINCH we're talking about. He stole Christmas! Did you really think he wouldn't steal your dignity, too?

If only we could have all had a teacher like Mrs. J.

The internet would be a much more eloquent place. She clearly does not suffer fools, both in or out of the classroom. Never underestimate the power of grammar, people.

And lastly, this woman who was totally asking for a good burn.

And by "burn" we mean burning all of her hair products, because this 'do is SO 20 years ago. Now let's all sit back and appreciate the fact that we don't have to experience the shame that these social media users will carry with them for a lifetime.