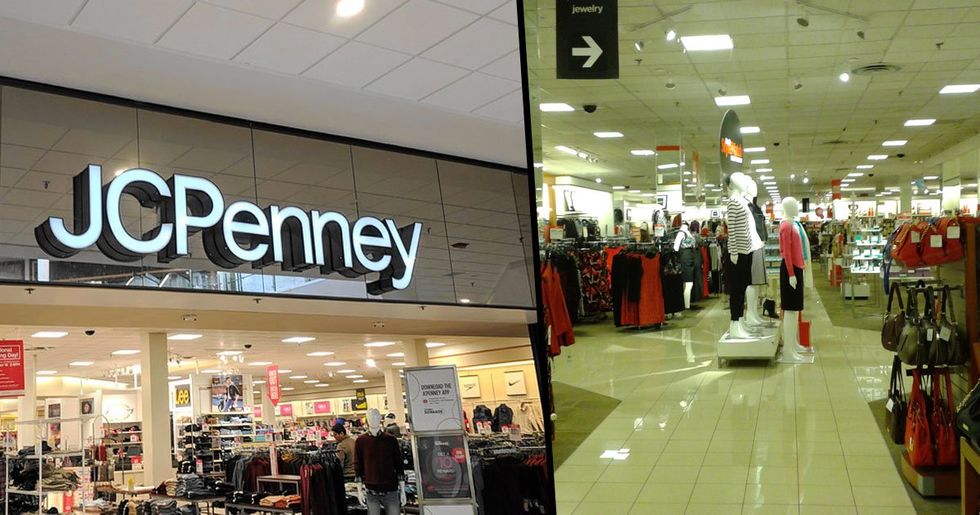 These Are All the JCPenney Stores That Are Closing This Summer

In spite of recently celebrating one hundred and seventeen years of business, the future of struggling department store, JCPenney, is looking a little bleak. Both investors and customers are nervous about the sites that the store can take away to come back from their ever-decreasing sales.

One method that they're attempting is closing stores that are losing the company money overall. And while this may save the brand, it does mean that many will have to wave goodbye to their local JCPenney.

Want to check if yours is on the list? Keep scrolling.

The store, located at Pines Mall, 2901 Pines Mall Drive, has had its days numbered.

The NewPark Mall, 500 Newpark Mall location is also up for closure this summer.

The JCPenney at Ponce De Leon Mall, 2121 US Hwy 1 South is also on the chopping block.

Bad news if your local JCPenney is at the Glynn Place Mall, One Mall Blvd.

Another planned closure is the Lakeforest Mall, 701 Russell Avenue JCPenney.

Sad times if you're a fan of The Orchards Mall, 1800 Pipestone Road location.

The JCPenney located at 1215 S. Main Street is also on the list of goners.

The home and furniture store at 3402 South Glenstone Avenue is not long for this world.

Missouri is hit a few times in this list, with the home and furniture store at 6933 South Lindbergh Boulevard also set to go.

The JCPenney at Hamilton Mall, 4405 East Black Horse Pike is another on the list.

The JCPenney at Cary Towne Center, 1105 Walnut St has already closed - on May 3rd of this year.

Sanford locals will have to mourn the loss of their Riverbirch Center Mall, 1041 Spring Lane location.

Bad luck if your local JCPenney is the Greenwood Mall, 320 Bypass 72 Northwest store!

Elyria locals will have to make their peace with the closure of the Midway Mall, 4500 Midway Mall store.

The final JCPenney closure confirmed is the store in the Northgate Mall, 401 NE. Northgate Way. But with the total number of shooting this year expected to reach twenty-seven, even if your store isn't on the list, it may not be safe! Concerned about other store closures this year? Keep scrolling for a full list of more store closures in 2019.