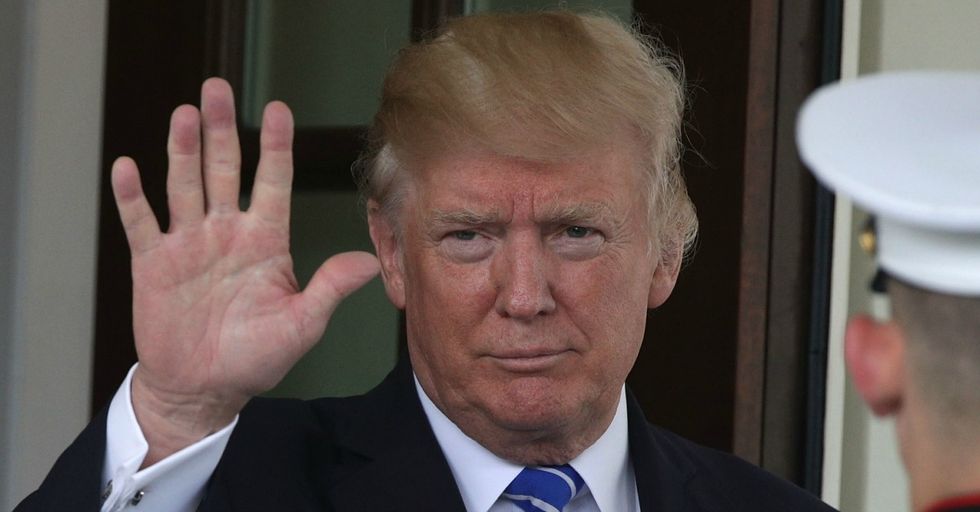 "With the exception of the late, great, Abraham Lincoln, I can be more presidential than anyone who has ever held this office. That I can tell you."

Can you guess who said this?

You probably got it right...

That's not the only time that Trump has argued that he was the best in the world at something. Before the election, in May of 2016, Trump said, "I think nobody knows more about taxes than I do, maybe in the history of the world. Nobody knows more about taxes." He still hasn't released his personal tax returns, something every Republican presidential nominee since Nixon has done.

There's a wide range of topics that Trump has claimed he is literally the best in the world at.

Respecting women, loving bibles, building walls, helping the disabled, and promoting equality are just a few of the areas where Trump claims he excels. He loves saying he's the best.

Vice just complied video of 24 of them*.

*Trump is definitely not the best in the world at these things.

"There's nobody bigger or better at the military than I am."

"Nobody's stronger than me."

"Nobody has better toys than I do."

"Nobody loves the Bible more than I do."

We're not even sure where to start with this one.

"Nobody builds walls better than me."

This isn't something to be proud of.

"Nobody's better to people with disabilities than me."

Except for when he mocks them mercilessly in front of crowds. And takes away their healthcare.

Except for when he tells their widows that their husbands "knew what they signed up for."

We're glad you're living in your own imaginary world, Mr. President.