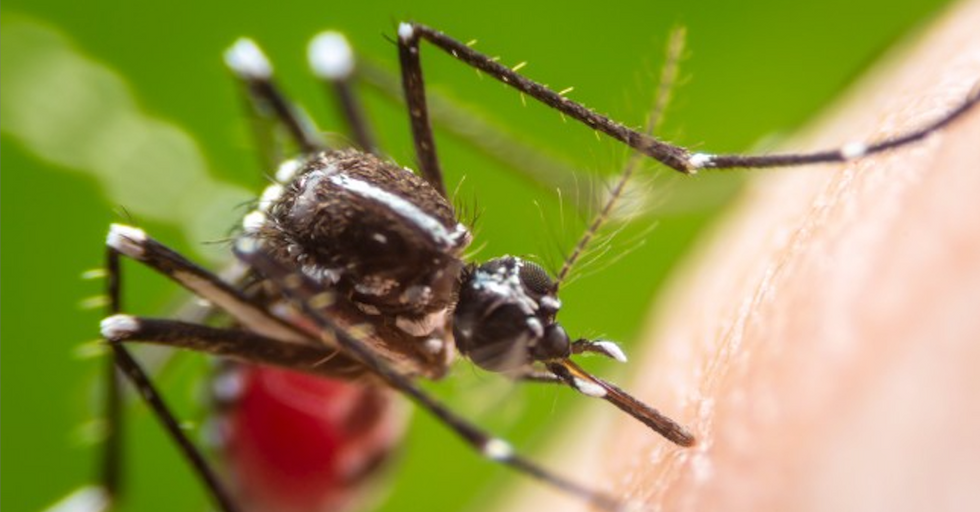 There are very few things more annoying than when you're trying to spend time in nature and WHAM — a mosquito attacks. You may even feel that mosquitoes go after you more than other people. And as it turns out, you're probably right! There are multiple reasons why mosquitoes bite some people over others.

Do any of these apply to you? If so, it's time to stock up on the bug spray.

There are so many wonderful things to enjoy about summer time. It's the perfect season for heading to the beach, hosting a barbecue or roasting marshmallows. Unfortunately, it's also prime time for mosquitos. These little pests are absolutely one of the worst bugs on the planet, and that's saying something.

Some people feel as though mosquitoes are especially attracted to them. You might be tempted to think those people are just feeling sorry for themselves, but as it turns out, it's probably true! There are scientific reasons for why mosquitoes bite some people more than others.

Reason One: You're breathing.

Yep. Apparently just breathing is something that attracts mosquitoes to you. They're super good at smelling the carbon dioxide we exhale and are naturally drawn to it. Time to learn how to exist without breathing.

As if carrying a baby wasn't already difficult enough, pregnant women now have mosquitoes to contend with, too. One study found that mosquitoes tend to prefer pregnant women to their non-pregnant counterparts, which makes total sense. Scientists think this might have something to do with the fact that a pregnant woman's body temperature is a bit higher on average. Since mosquitoes love warmth, they're naturally more drawn to pregnant women.

If you're a bigger person, you tend to produce more carbon dioxide, which (as we've already covered) is basically perfume to mosquitoes. But don't start exercising just yet...

That's right. If you've recently exercised, mosquitoes are going to find you irresistible. Apparently, mosquitoes have the ability to detect lactic acid, uric acid, and ammonia — all of which are emitted in human sweat. And if you're exercising, you're sweating. Take this as a sign to put your feet up and relax!

Reason Five: You have the wrong blood type.

...or the right blood type depending on how you look at it. Another study concluded that mosquitoes are more attracted to people with blood Type O. So, your blood is super valuable because you're a universal donor, but unfortunately, it's also super tasty to the winged beasts we all hate.

Reason Six: It's just in your DNA.

There are a number of genetic factors that could cause mosquitoes to seek you out in a crowd. In fact, scientists have determined that genetic factors account for 85 percent of reasons why certain humans are more susceptible to mosquito bites. One of these factors is your cholesterol metabolism rate. Scientists think that people with faster metabolisms are more likely to attract mosquitoes than those with slower metabolic rates.

Reason Seven: You have bacteria on your skin.

In yet another study about human attractiveness to mosquitoes (because apparently everyone is sick of being bitten), scientists concluded that certain types of bacteria are more attractive to mosquitoes than others. If you happen to have those specific kinds of bacteria, congratulations! You're an ideal mosquito meal.

Apparently, even just one 12-ounce beer can make you more attractive to mosquitoes. Scientists don't know exactly why, though. The researchers behind this study assume it has something to do with either the amount of ethanol secreted in your sweat or a raise in body temperature. However, neither of these factors alone seemed to affect how often mosquitoes landed on the participants in the study. Maybe the bugs just need a drink.

As it turns out, red shirts are dangerous for both Star Trek characters and people who are trying to avoid mosquitoes. Mosquitoes use both scent and vision to find their victims, so if you happen to be wearing a flashy color, you'll immediately stand out to those biting little beasts.