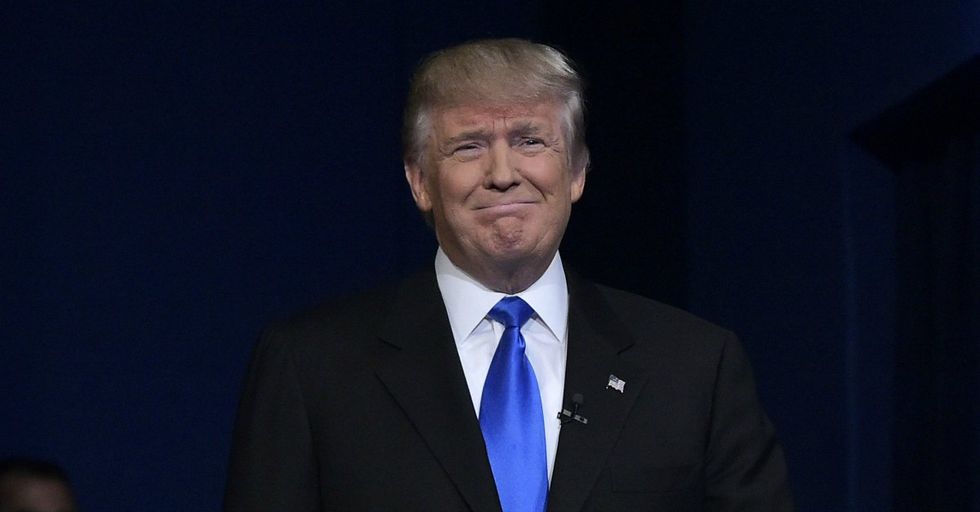 On Monday, Politico published an article discussing the lengths desperate Trump aides had to go to to keep the Commander in Chief in check. According to the aides, the President has a short attention span and an even shorter fuse, which leads to no end of frustration in the White House. Aides have to try to "install guardrails," and spend a lot of time just "managing the president."

White House Chief of Staff, Reince Priebus, used the “next week" strategy. That means that instead of saying "no," he would just tell Trump the thing he wanted would happen next week to avoid a meltdown.

Because why use a straight "no" when a "maybe next time" will save you a lot of time and the hassle of dealing with your tot's temper tantrum? They'll forget what they wanted in a couple of minutes anyway.

Barbara Res, a former executive with the Trump Organization said, “You either had to just convince him something better was his idea or ignore what he said to do and hoped he forgot about it the next day."

You know who else has a limited attention span and is easily manipulated? A toddler, that's who. When he gets focused on something, just give him something else, and he'll forget all about the first thing. If you can convince him he really wanted that second thing, you're gold.

Various staffers would "step in to avert a rash decision by calming him down," because he'd get triggered by talking to friends or watching negative coverage on television.

Sometimes, toddlers can't help themselves, and when they have a tantrum, it's up to the adults to step in and calm them down. They can use pacifiers, soothing music — either way, it's the adults' duty to keep the babies calm.

Aides preempt Trump's decisions by criticizing them on television or newspapers before he can make them.

You know when toddlers are about to make a bad decision in preschool so you call all their friends and talk about it without naming the kid, but you know that he knows you're talking about him? This sounds totally like that. Hopefully, he'll grow out of it, get more patient and level-headed, but who knows...