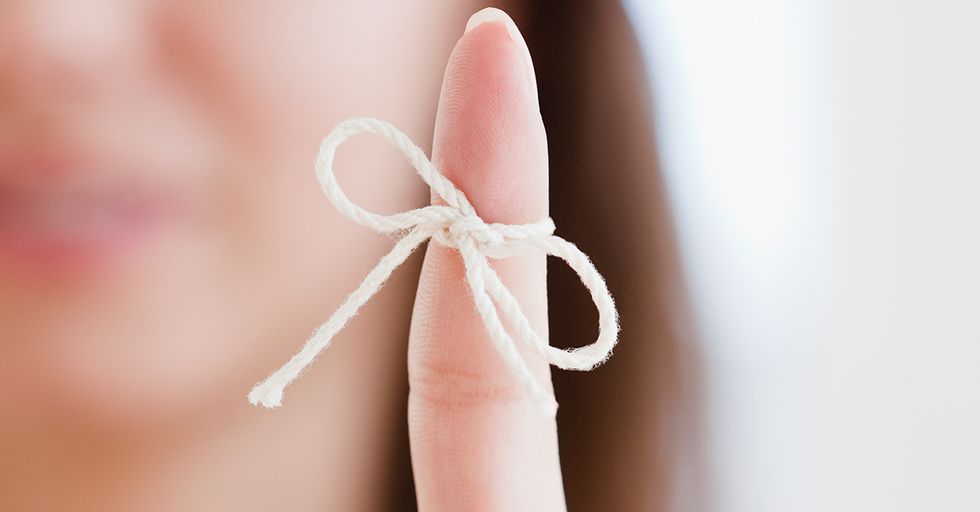 We all have um, what do you call those things? Ah yes, brain farts. We all have brain farts every once in a while. Sometimes we have silly moments where we cannot for the life of us remember the words for simple things that we have known the words for since we were small children. Suddenly, dogs are "big puppies" and cups are "those things you drink out of." And brain farts become "you know, when you like, can't think of the word for something..."

Anyway, recently, a physicist at Cambridge University posted his very own hilarious brain fart to Twitter. This prompted 2,500 other people to share theirs. And let me tell you, they are hilarious. Super funny. You know, it's like that feeling where you find something amusing so you laugh about it? Yeah, that thing. Anyway, have the most fun reading through these absolutely ridiculous brain farts.

Paul Coxon started us off.

When you have a PhD. in physics, it's probably a given that you know the word "photon." But I think "shiny crumb" has a nice ring to it.

Others soon joined in.

@paulcoxon One of my cleverest and most fabulous friends at university (now PhD in neuroscience) once forgot the wo… https://t.co/IspB5YS8Tx
— Wesley Mallin (@Wesley Mallin)1550527867.0

"Really wet salad" is a hilarious description of soup because it doesn't really describe soup at all!

This one, on the other hand, is accurate. The ocean is the world's biggest, wettest thingy.

@paulcoxon Reminds me of my two year old daughter explaining a hot dog to me as a "meat pickle"
— Alistair Dove (@Alistair Dove)1550516033.0

Motion to officially change the name of hot dogs to "meat pickles." All in favor, say "Aye!" Wow, that was unanimous. It's settled.

This is a nice idea, but who among us doesn't have friends that we absolutely can't stand? Just saying.

I love this! A "how far machine" is such a cute, little-kid word for a tape measure.

Apparently, pregnancy brain is a thing and you forget simple things like this. I would cry too! That's terrifying!

I love the term "horse puppy" and I think we should honor it. I call any horse I meet a "puppy" anyway.

For someone who isn't familiar with musical terms like "tremolo," "nervous chihuahua effect" is a pretty clear, descriptive term.

This happens to the best of us. Sometimes, we all forget the word for "table" and have to describe it as a flat surface with legs.

@paulcoxon Not in the same delightful league, but in the final throes of writing SATC, I forgot the word 'fork' whi… https://t.co/dEbsSoyg7r
— Laurie Winkless (@Laurie Winkless)1550542615.0

There weren't any other forks around? You couldn't pick one up or mime using it instead of calling it a "metal thing with four stabby fingers"?

"Remembrance thought" is a much more complicated, poetic way to describe the word "memory." I like it!

I think "light bush" could be a good, non-religious alternative description for a Christmas tree. I don't celebrate Christmas, but I still have a light bush.

I like the idea that when music star The Weeknd was workshopping names, he first suggested "finishment of the week."

Sometimes we forget the simplest of simple words, like "cup" and end up using way more complicated words to describe them. Hilarious.

"Hot box" is the most basic description of an "oven," though it can also apply to a car when someone farts in it and none of the windows are cracked.

"Egg torpedo" sounds like a much more exciting breakfast than a "baguette." I endorse "egg torpedo."

This is one of those slight mix-ups that's actually not so slight when you consider the definitions of the words. This is too funny.

Little kids are hilarious and come up with much better words for things. Obviously, ravens should be called Halloween eagles. Obviously.

I love the phrase "teapot rooftop." In fact, I think if I ever start a band, that will be my band name.

@paulcoxon I once forgot the name for a urinal when trying to tell a staff member in the resturant I was in that th… https://t.co/btexTqZ85r
— Colin Stewart (@Colin Stewart)1550518150.0

Look, anything that is a triangle shape is a pizza. I get it. Santa's hat? Christmas pizza. Slice of apple pie? Apple pie pizza.

I love when you can't think of the actual word but you come up with a perfect synonym for it. I wonder if anyone know what he meant.

This is amazing. I doubt the person was asking what color computer he had. They probably wanted to know if it was an Apple or a PC.

This has got to be so embarrassing. I didn't realize this is why lawyers always say "the defendant" instead of the defendant's name, but it makes sense.

In all fairness, there are the same number of syllables and a duck-billed platypus does have pretty flat feet.

I love that she doubled down on "space machine." Sometimes, you just gotta commit and pretend that it was a bit.

It's hard because the French word for pineapple is "ananas," which is so very close to "banana," an entirely different fruit!

This had to be extremely funny. Share this with someone to brighten their day!