These Are the Most Hilariously Unfortunate Ad Placements Ever | 22 Words 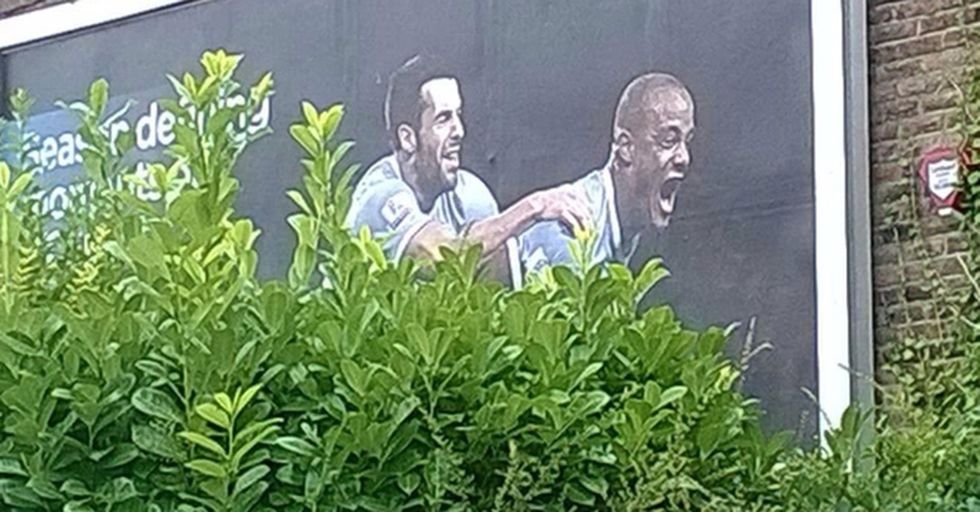 These Are the Most Hilariously Unfortunate Ad Placements Ever

Billboards and advertisements have one job — to get your attention and to hopefully get you to buy a product or change your behavior.

But sometimes they catch your attention for a completely different reason, and that's because they're placed in an unfortunate position for the advertisers, but fortunate for those of us who need a laugh.

Twelve steps forward... ...one step back.

Come and worship with us. We will embrace you, my child.

Well, that's rather presumptuous. But better safe than sorry.

And why is the couch all covered in glitter? Mystery solved.

Talk about a cleanse! I don't think that's the kind of move they were going for.

Out in left field.

Sorry, that page is unavailable. Mark it as an error in the books.

Make sure your tray tables are in the upright position. And maybe pick a different airline.

Drive right on through for diabetes. Or maybe get a No. 2 and go for the heart attack.

Oh, baby. Maybe this is an example of cause and effect?

HE IS ALWAYS WATCHING. This just seems cruel...

Not just big, but giant.

But are they on sale? Either way, leave the kids at home.

I'm thinking that at this point marital separation is probably the least of his worries.

Grin and bare it.

And all the women will be amazed. Let's be honest...this is pretty effective.

Flag on the play!

One in three or two for $3. Seems like a fair trade.

But does Jesus have daily food specials? And what about truck parking?

Her eyes are up there, people. Nope, a little bit higher up.

Who does use that word? Fancy people, that's who.

Well, that's convenient. Everything you need in one (final resting) place.

When The Shining takes over.

Bottom's up. Although there are easier ways to get in your five servings of veggies a day.

You think you know someone and then that happens. It's not easy being green...

Now what you do to maintain your beauty is totally up to you, but I would think that this ad placed here would be -987% effective.

Commit to be fit!

I donut what it entails, but sure! Where do I sign up?

Maybe skip the chicken. And also refrain from eating billboards in general.

Are we sure this is an accident? Either way, venti, venti effective.

I'll think that I'll pass on that church camp, but thanks. We have different ideas of "fun."

God save the Queen! I guess times are a bit tough over there...