People Are Being Rude without Even Realizing It | 22 Words 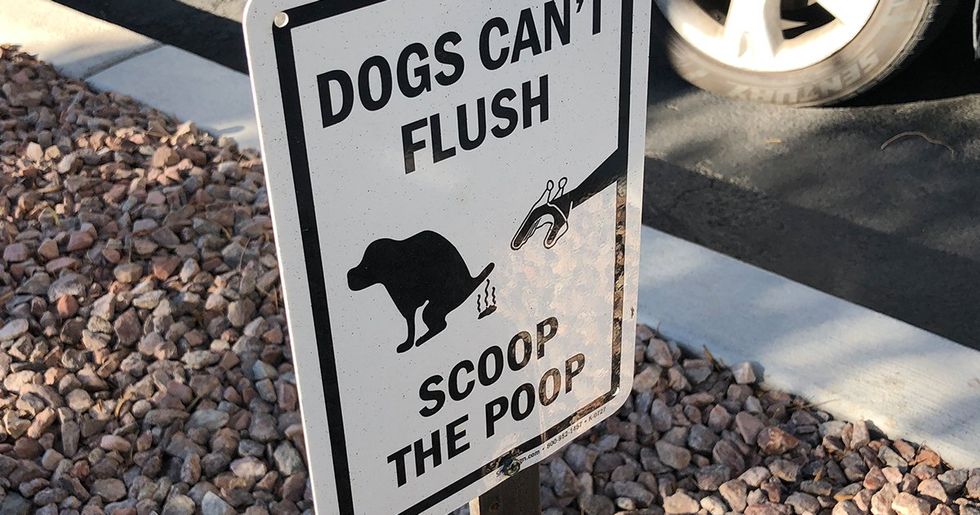 People Are Being Rude without Even Realizing It

If you spend a lot of time interacting with other people, you may find yourself becoming frustrated by the fact that so many people seem to have forgotten a lot of the most common etiquette rules.

I know that when I worked at a coffee shop, I was astounded by how many customers completely neglected to say "please" or "thank you" when making their order. Do we all need to go back to preschool?

A recent AskReddit thread gave people the chance to share their own examples of rules that everyone should know but which some people neglect to follow. Reading through them might make you feel totally validated...or it might clue you into problematic behavior of your own that you didn't realize was wrong.

When you're done reading, don't forget to share your own examples of forgotten etiquette in the comment section!

This is a big one:

Let others off before you get on. –BraveRevolution

Listen to the content of what other people are saying before replying. –BargePol

You're not the DJ.

Headphones aren't optional in a public space. No one wants to hear your music or your video clips playing. –JimTheJerseyGuy

Push your chair in when you stand up. –hedder84

When walking with several friends on a sidewalk, pair up two by two instead of everyone walking in a row so others can pass you on the sidewalk. I work on a university campus and college kids seem particularly oblivious to this. –Andromeda321

Don't be a litterbug.

Littering. Everyone knows it's wrong and not in their long-term interest, but people do it anyway because of a lack of bins, laziness, etc. –zJordan

No one wants to hear that.

Chew with your mouth closed unless you have some kind of issue where you cannot physically do so. –NotherSmartyPants

This is so important.

If you’re mad at a company for some transgression, don’t take your rage out on the customer service rep. Chances are, this person has people freaking out at them all day for things they have no control over. Be kind to customer service people — they are likely having a crappy day. –10S_NE1

Be AWARE OF YOUR SURROUNDINGS when walking in crowded areas. Don't just stop in the middle of the hallway and start rolling your cigs. Look left and right when changing lanes and if you're a slow walker, keep to the side of the hall. –realultralord

When someone is showing you a picture on their phone, you should not swipe left or right. Or just don't touch anything, especially messages and photos/videos, on anyone's phone without their consent. –icecoldcokezero

This is such a good one.

Do not give out someone else's number without their permission. –icecoldcokezero

It's really not optional.

Use the turn signal when appropriate. –mwasted

Remember this for coughing, too!

Cover. Your. Mouth. When. You. SNEEZE. –QuietObjective

It's rude to mess around on your smartphone when someone is trying to have a conversation with you. –sf585

Be a good guest!

When staying as a guest with friends/family, pick up after yourself. help clean the dishes, offer to buy them a meal or some beer to say thank you. –mr_gigglesworth

Women, stop hovering! You're just spraying all over the seat and making it worse for everyone! –DumplingMummy19

Introverts neither need nor want your "help." Also, introversion is not synonymous with "social anxiety" or any other kind of social deficiency or disorder. It's just a personality characteristic. It's rude to try to "fix" an introvert. We're not "broken;" we're just not the same as you. Furthermore, the person sitting by themselves with a book is not sad or lonely, they're enjoying their book and their solitude. Don't interrupt. It's rude, not friendly. –ayemossum

Do we all need to go back to preschool?

Simply saying Please and Thank You (And meaning it). It seems to have gone away recently. –DrkKnght1138

Stand up to shake someone’s hand if you're sitting down. –StanTheBeerMan

Don't cause someone else stress by trying to get rid of your own.

Before venting to someone, make sure to ask them if it's OK. Sometimes it can be emotionally exhausting to hear someone's problems constantly. It's also good to let people know you just want to vent and don't need advice sometimes. –princesshilton

A lot of people don't realize this one:

Grave Etiquette. When walking among graves in a cemetery it is impolite to walk or to stand directly upon a grave. The proper etiquette is to walk alongside headstones and to stand off to the side of a buried person. –Dandermen

This goes for anything people can't control:

If someone reacts to something in a way that surprises you, don't make fun of them about it. You don't know their life story. –PeachPuffin

It's none of your business.

It's the only perk.

Middle seat passenger on the plane gets both armrests, you animals. –Rat_Bear

You can have the last piece of pizza or the last beer. Not both. –felisrufus

Don't try to be the "nice" driver.

If you have the right of way to turn or go — do it. Letting other people go when it's your turn messes with traffic patterns and other drivers. When nobody's sure who's turn it is or why you're not going, it's not courteous, it's bad driving. –DEAD_P1XL

It only takes a second.

When you're with Person A and you run into Person B (who A doesn't know), quickly introduce them instead of having Person A just stand there awkwardly while you and B have a conversation. –SoniSoni67432

It's the polite thing to do.

If you borrow something from someone, don't wait for them to ask for it back. Be proactive about returning it as soon as you're done using said item. –orange_cuse Share this with someone who always says "please" and "thank you." And don't forget to share your own commonly forgotten etiquette rules in the comments!