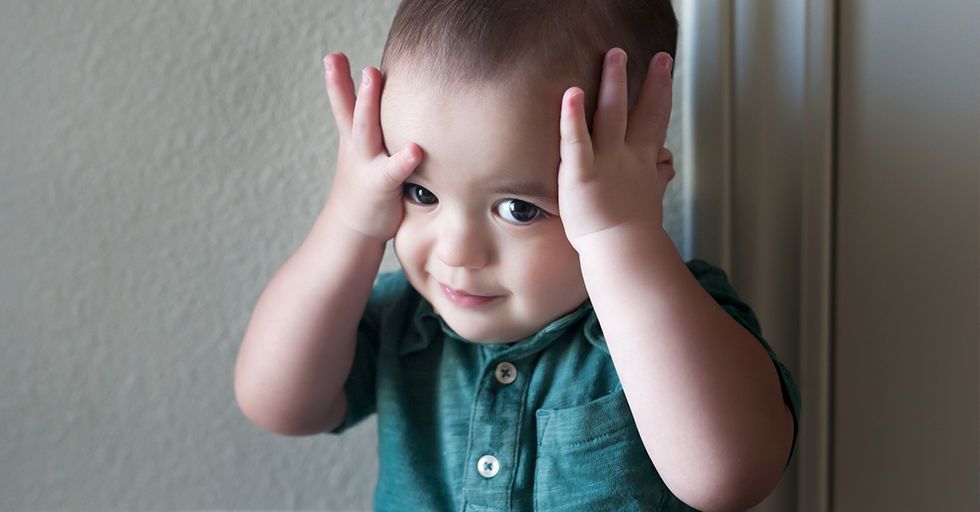 The Most Bizarre Baby Naming Laws in the U.S.

If you're a mom-to-be, you are probably excited (and a bit overwhelmed) with all the preparing you'll need to do before the arrival of your sweet bundle of joy. One of the most important things parents must decide on is the name of their baby (or babies if you're pregnant with more than one). And while this can be a fun process, it can also be a tad stressful. After all, a child will carry their name with them for the rest of their life. It's important to give this decision some thought.

And depending on where you live, your state has a say in the matter. That's right! Many states have enacted laws with the ability to prevent you from naming your child a certain moniker. I have named two children in the past several years and never knew this.

According to a recent article by The Bump, here are some of the laws governed by state:

If you happen to live in Alabama, Georgia, Minnesota, New Jersey, New York, Ohio, Texas, or West Virginia, you are NOT ALLOWED to use any numbers or symbols in the spelling of your child's name.

The beautiful state of Arizona has a 141 character limit.

This seems a bit long if you ask me, but I guess they needed to set a limit for a reason. It breaks down to 45 characters for first, middle, and last name; 6 character limit for the suffix. If you're cutting it close, Jr. instead of Junior would work.

Arkansas and New Mexico do not allow you to name your child "Baby."

And if you think you can get away with calling her "Babygirl" — that is not allowed either. It seems Arkansas and New Mexico enforce you to actually give your child a real name.

California is the trend-setting state. They began banning derogatory names.

And surprisingly enough, they do have restrictions when it comes to naming your child. You cannot name your child anything obscene. Which is definitely a good thing.

Colorado simply asks you to use a normal keyboard and does not limit the length of the name.

I think that's pretty reasonable. And in Massachusetts, you're also asked to stay within the English keyboard.

If it's for fraudulent purposes, it's not allowed in Connecticut.

In Connecticut, it has to be in English letters and "cannot infringe on the rights of another person."

The people of Florida can choose a baby name for you!

In Florida, if the parents cannot agree on a name and there isn't one printed on the birth certificate, and an agreement cannot be reached — the state will name your child for you.

Hawaii and Illinois allow you to pretty much name your child whatever your heart desires.

There are no limitations and they even let you use symbols! As an example, if you want to name your child "Zöe" — it is perfectly acceptable.

If you reside in Indiana and are unmarried at the time of your child's birth then your child is required to take the mother's surname.

The only exclusion would be if the father can prove paternity.

For those Kansas folk, you must have a last name.

This state mandates that a last name is given to a newborn baby. And unless you're a rockstar (which most babies are not), this really has no bearing.

If mom and dad are married at the time of birth, the states of Lousiana and Mississipi say baby must take the last name of the father.

However, if mama hasn't been married for 300 days the baby takes mama's surname in Louisiana.

Idaho, Michigan, and Oklahoma want to keep things simple. English letters only in these states.

Minnesota says 150 is the character limit for your child's entire name.

You are not able to use any numbers or special characters like an asterisk in this state. But, that's okay. M*lly just doesn't look the same as Molly anyway.

Montana is pretty laid-back with the baby naming law.

They even allow a parent to make a hand-written change on the birth certificate if they decide to add a special symbol after the fact.

If you live in New Hampshire or New York you too have a limit.

These states set a limit of 100 total characters. If you ask me, this is still very feasible. I mean, does anyone really have 40 letters in their last name?

Hyphens are A-OK here. In North Carolina that is!

If you're a parent who is having a hard time naming your child, then hyphenating the name might help. And bonus if you live here — it's perfectly acceptable. Think Mary-Kate Olsen.

As long as the name works in the North Dakota's computer database — you can pretty much do what you want.

They're pretty chill about it.

Ohio lets you hyphen a name as well; however, they are against allowing you to use numbers in the name.

In Oklahoma, you must stick to the English alphabet.

But, that's about it with their law.

Oregon says hey if you want to give the name Khloé sass at the top of the "e" — have at it.

They don't mind if you use special characters– And you may also want to change it up a bit because of a famous Kardashian.

No diacritical marks are allowed in Oregon.

Dia what?! Yeah, we use them all the time. Just think of the word, Café. They make certain words sound more distinguished. If you live in Oregon, they have 40 special characters to allow for the French version of Renée.

South Carolina says it is legit to name your child @tlas (Atlas) if you had a hard time dictating that one.

Names are super unique nowadays. And if you want to add a number or two, go right ahead.

Spaces and hyphens are good in South Dakota.

They will also allow you to use apostrophes. But, that's where your freedom ends.

Everything is bigger in Texas they say– except when it comes to names.

Texas has a 100 letter limit and says no way to special characters and numbers. I guess the Lonestar state likes to keep things a bit more conservative.

The rules for Utah are...

Well, I am not sure. If you live in Utah, you may want to check the state's site to get a specific answer. It seems they want you to stick with the norm.

In Vermont, if you want to name your child "Heinz" — as in "Heinz " the food company — go right ahead!

The state allows you to name after trademarks and believe it or not, even diseases. If you choose to do so, that is.

In the great state of Washington, you can name a child up to 30 letters in their first name.

Wow. I don't think anyone would want to name their child more than 30 letters, but if you want to, it's alright here.

Spell out a number name in Wisconsin.

A somewhat popular name is "Seven." And if you live in the cheese state of Wisconsin, they'll make you spell it out.

In the state of Wyoming, no foreign characters are allowed.

Keep in mind that many names have variations. If you have a specific name in mind, search online to see the different ways it can be spelled.

We all know who Alexa is.

She is probably a household name already in your house. And while this is an acceptable name in the states, it may not be one you want to choose for your kid.

Another baby name you may want to skip altogether is Siri– for obvious reasons.

But, if this is a name you simply love and must name your child, just know that your child may be responding to you more when you call him or her.