These Are the Weirdest Ways That People Have Died | 22 Words 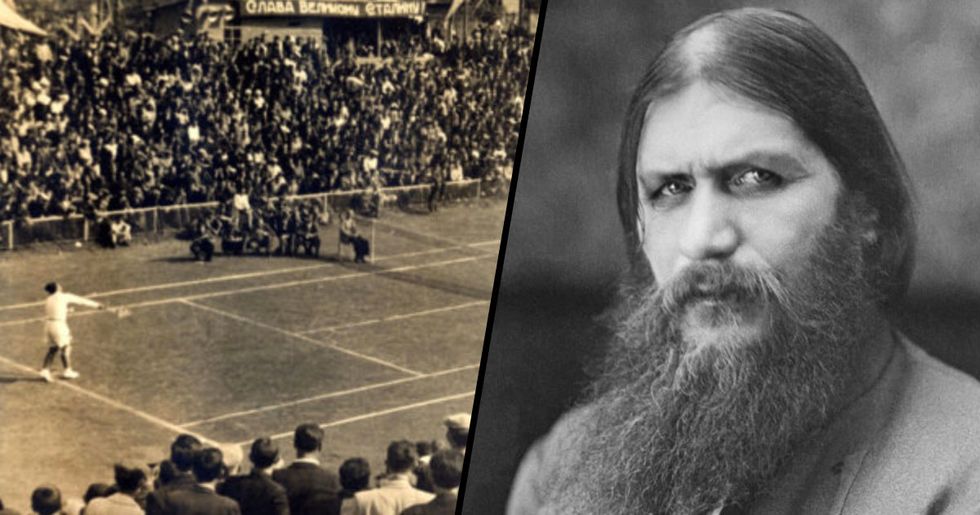 These Are the Weirdest Ways That People Have Died

As Benjamin Franklin once said, there are only two things in this world that are certain: death and taxes. And while taxes don't tend to make for the most interesting online reading, there's something about death that's just morbidly fascinating. Especially when that death happens in a super weird, totally bizarre, or even frankly hilarious way.

Here are some of the most unusual out there.

In 1874, Mathilda of Austria died after smoking a cigarette. Her father had forbidden the habit, so, upon being caught, she hid it under her skirt, which was set on fire. Mathilda sustained third-degree burns and died as a result.

A pall-bearer in a London cemetery was killed in 1872 when he was crushed by the coffin he was carrying. The wife of the deceased reportedly found the incident absolutely hilarious.

In September of 1916, circus-trained elephant, Mary, killed her trainer. The day after, Mary was executed by hanging - no mean feat for a five-ton wild animal. In fact, the first time her hanging was attempted, the chain snapped, and Mary almost crushed some nearby children.

The Russian mystic had an odd relationship with the royal Romanov family. But when he fell out of favor, he was executed by the country's officials. However, things didn't go quite to plan - Rasputin was poisoned with cyanide, shot in the chest, shot again in the body, bound, then dropped into the Malaya Nevka River before he finally gave up the ghost.

In 1919 in Boston's North End, a tanker holding 2,300,000 U.S. gallons of molasses exploded, causing a wave of the substance to flood the streets at an estimated thirty-five miles per hour. Twenty-one people were killed in what is now called the "Great Molasses Flood."

During a live Armchair Theater television broadcast on ITV, Jones suffered a heart attack offstage between scenes. To make up for his absence, other actors had to improvise his lines. Weirdly enough, Jones's character was supposed to die of a heart attack - but later on in the play.

A health-food enthusiast from England died in 1974 from liver damage caused by a vitamin A overdose. The reason? He was addicted to drinking carrot juice and had consumed over a gallon of the stuff per day until his skin turned yellow.

After watching an episode of classic '70s Brit comedy, The Goodies, a man laughed continuously for twenty-five minutes before collapsing and dying from heart failure.

In 1982, Grundman was shooting at cacti in Lake Pleasant, Arizona. But one fought back, and Grundman was crushed when a four-foot limb of the cactus fell on him and crushed him to death.

The iconic Amerian writer was taking medication and held the bottle cap between his teeth, but unfortunately inhaled the lid and choked to death.

This appropriately named tennis linesman died in 1983 when a ball struck him in the crotch and he fell from his high-up chair.

In 1983, a bouncer at the San Francisco Condor Club was engaging in some adult activity with his girlfriend, Theresa Hill, on the club's grand piano when he accidentally engaged the hydraulic motor and lifted the piano to the club's ceiling. He was trapped between the piano and ceiling which caused him to suffocate - but his girlfriend survived!

The actor died in 1984 during a game of Russian roulette - but it's not what you think. The game was simulated, and wads of paper were used rather than bullets. But a wad of paper hit Hexum with such force that it broke his skull, causing a massive and fatal bleed.

In 1988, a poodle fell from a thirteenth-story window, landing on a seventy-five-year-old woman. Both instantly died. Even weirder, one woman who came to see the incident was hit by a bus. Another bystander watching had a heart attack, and also died.

Son of acting legend, Bruce Lee, Brandon, was killed on set when shot at with an improperly loaded prop-gun.

Hoy, a lawyer from Toronto, fell from a skyscraper window when ramming into the glass to prove that it wouldn't break. The glass didn't break, but the entire window popped out of the frame.

Cellist for British band the Electric Light Orchestra, Edwards, was killed when a bale of hay rolled down a hill and hit his van.

Heselden was an inventor best known for the Segway. In 2010, he died after accidentally riding his own product off the edge of a cliff.

Fan, a chef in Foshan, China, was preparing a soap using a cobra's head. In spite of it being severed over twenty minutes before, the head managed to fatally bite Fan.

Belk was attempting to put away a beach umbrella in Virginia when in thirty mph winds when it stabbed her in the chest.

Yelchin, an actor best known for his role in Star Trek, was found pinned between his car and a wall in his garage in 2016. The car was running and in neutral.

In 2018, Herzberg was struck by a self-driving vehicle operated by Uber - the first fatal crash of its kind. As a consequence, Uber suspended all self-drive car tests.

Ballard died in 2018 of angiostrongyliasis. He contracted the disease from eating a garden slug as a dare eight years beforehand.