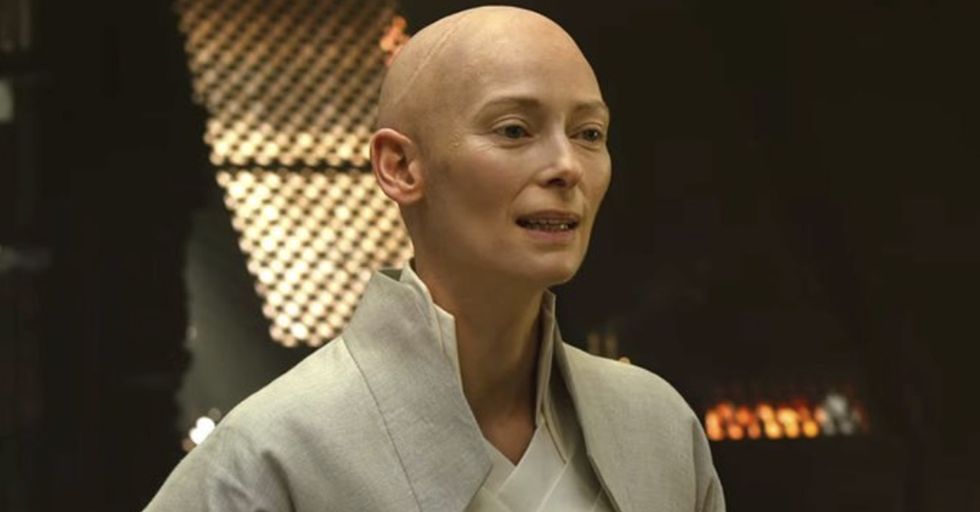 These Are Truly the Worst Casting Decisions of All Time

There's no Oscar for "Best Cast", but maybe there should be. Every year we celebrate the actors with the best performances, but sometimes they really miss the mark.

It feels like Hollywood gets it wrong like nine times out of ten. Between Will Smith as "Blue Genie" to Ryan Reynolds destroying everyone's childhoods in Detective Pikachu, sometimes they just get it wrong. So we thought we'd break down our favorite picks for worst Hollywood casting of all time. I'm not talking "my mom doesn't like Lady Gaga so she wouldn't see Shallow" bad. I'm talking "Emma Stone is like 90% British and played a Chinese character in Aloha" bad.

And that's not even the worst of it. So grab your popcorn, load up your movie scores Spotify playlist, fire up the comments section to give us your top pick, and enjoy our list of the absolutely worst casting decisions of all time.

See what I mean by name a more iconic duo? Lawrence was great in these movies, but she was also in her early 20s, and it just didn't quite work.

Hot off Bill and Teds, Keanu Reeves decides to have a major role in that weird Gary Oldman Dracula movie. That's a no for me, dawg.

Oh Spider-Man 3. My love/hate relationship with you is limitless. One thing I do know for sure is that Topher Grace's Venom was a huge misstep.

It's very simple. Emma Stone is neither Hawaiian nor Chinese (like her character) and it's not even close.

Does anyone remember this basketball scene? The entire movie was a dumpster fire, and Halle Berry was not helping.

Scarlett Johansson – Ghost in the Shell

This movie was so whitewashed, I couldn't even find the right GIF for it for this article. So if that doesn't say everything you need to know, I don't know what does.

I actually think Jared Leto could have been maybe a tiny bit okay. But he thought he was in an entirely different movie from everyone else, and it just didn't work.

Similarly, I thought this was a super fun casting choice -- and then I saw the movie. Boy did they totally get this character wrong. Instead of being a cool, young, up-and-coming psychopath, he was just an annoying teen that complained all the time. Big mistake.

My number one problem with this casting choice is that Emilia Clarke has an English accent, but an American accent in this movie, and it took me out of the movie so hard. So admittedly, this is my problem and no one else's.

Just reboot Punk'd if Ashton really needs a job this bad. Because apart from his look, this performance worked on exactly zero levels.

I don't even want to talk about this one. I actually saw this movie. With my eyes. It was bad.

Raise your hand if you almost had a heart attack after reading this one. Yeah, did you forget that Ryan Reynolds was originally cast as Deadpool in X-Men Origins: Wolverine? Because I tried to.

Hayden Christensen may hate sand, but I low-key kind of hated these Star Wars movies, so now we're even?

The biggest problem with this casting is that she was in the film for about 30 seconds to up a few stakes, and then totally disappeared only to be recast in the next movie. Why not just start with (an okay) Maggie Gyllenhaal?

Oh, look. Another white person playing a character of a different race. How original.

No one did whitewashing better than this insanely racist Asian caricature portrayed by Mickey Rooney in Breakfast at Tiffany's.

Remember when Matt Damon pretended to be Chinese three years ago? Yeah, me neither because no one saw this movie. Another one GIFs don't exist for.

Okay, we're almost done with whitewashing. But it's a problem. And this isn't even all of it. At least this is only the second worst thing Tom Cruise has ever done in his life.

As the founder of the "I Really Dislike Ezra Miller" fan club, this is just, like, my opinion, man.

This is the movie we learned Kevin Costner should never do accents, ever. Still waiting on that Waterworld remake, though.

Okay, I lied when I said we were done with the whitewashing. But take a look at John Wayne playing Genghis Khan.

Russell Crowe, you poor thing. You deserve better than this, and, quite frankly, we deserved better than you.

Jake Gyllenhaal – Prince of Persia: The Sands of Time

You thought it was over. But you can never run from Hollywood's worst casting mistake. Come on Hollywood, we got rid of blackface. I know you can do this. Does Jake Gyllenhaal look Iranian to you? Because he doesn't to me.

Hey look, they didn't whitewash characters in this movie! Yay! Too bad Will Smith looks like he's going to be one of the worst casting decisions this decade.

Why Rihanna? Like why? Did someone owe her a favor? Because that's the only reason I can see for casting her. She's just plainly not an actor.

Did you know that Angelina Jolie's character in Wanted was supposed to be black? Because apparently the studio didn't.

Last but not least, Ben Affleck plays a Latino man in Argo. He's from Boston. Thank you for coming to my Ted Talk.