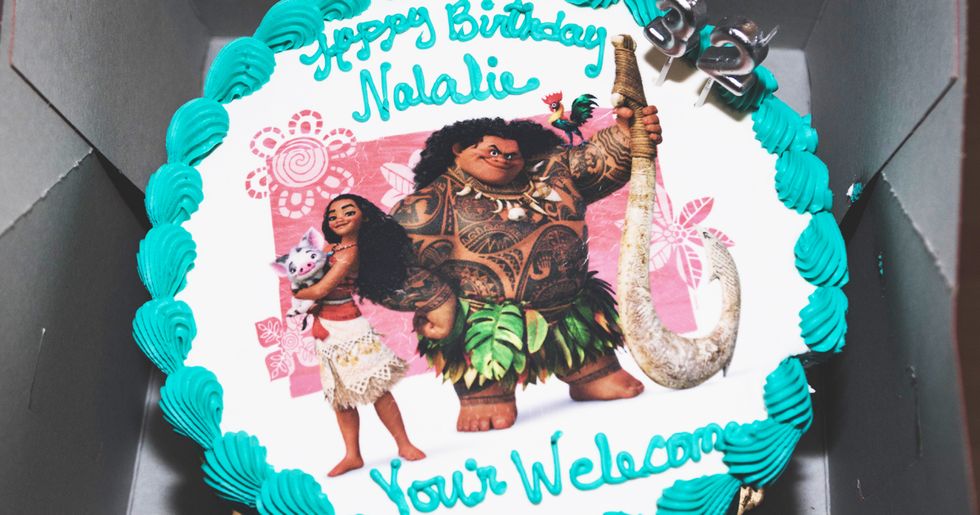 Cake Typos That Are Super Unfortunate

There are some instances where a typo is pretty much the worst thing possible. Like on a resume ("grate attention to deeetail") or a birth certificate. Those are documents you definitely do not want to mess up.

But a typo on a cake? It's still cake! A misspelled word doesn't make the dessert any less delicious (although it may make it slightly less appetizing).

We always love laughing at a good cake fail here at 22 Words. In my opinion, the following "fails" are really just wins in disguise. Everyone still gets cake, and they get to laugh at a funny situation. I'm pretty sure that's the definition of a win-win. It's also a great example of having your cake (fail) and eating it too!

These cake decorators may want to pay a little more attention to the words they're writing next time. Then again, we all make mistakes every once in a while. At least these ones are still edible.

Homophones sure are tricky!

It's supposed to say "new" position. I knew there was something wrong with this one at first glance.

Either this is a misspelling of the word "Christmas," or there's a new holiday out there that no one told me about. How do you celebrate Chrilmas? Are there still presents?

You know what? You were only one letter off. I'll let this one slide. The idea of having a prom cake is enough to excuse this mistake.

I'm pretty sure this is a birthday cake.

I am not sure what this is supposed to say, but I think we can safely assume a typo is involved at some point.

Hey, someone's gotta manage the rears! It's a tough job, but as the cake says, "You the [MUSTACHE] man!"

Maybe this isn't a typo at all and this person sells frists. What's a frist? I'm not sure. You'll have to ask the person this cookie cake was made for.

This one's a double whammy.

First, they clearly misinterpreted the directions. Then they spelled "sprinkles" incorrectly! Would I still eat it? Of course. But not without a judgy look on my face.

This is actually how my mom says "Nintendo" pretty much every time. At least it doesn't say something like "Playbox," "GameStation," or "WiiCube."

Between "Under Neat" and "will," this one is almost too beautiful to eat. (Not that that would stop me, of course.)

"Keep Up The Hard Wood!"

Is this some kind of Freudian slip? Maybe it's for a flooring business...

That's not how you spell "hummus."

But the smiley faces are a nice touch, I guess.

Her name is Ana.

OK, new cake decorating rule. If the person's name is Ana, just leave the exclamation mark off altogether. Even if the dot at the bottom had fit, it would have been easily misinterpreted.

I like to imagine that Mark (or Marc) recently decided to live on a boat and travel the world. Now, he's Mark with the Sea.

This cake is perfect. I don't care what anyone else thinks.

So close and yet, so far. Actually, I think this is just "so far."

This birthday cake is for Alison, but she might not show up to the party. In that case, it's for anyone.

If only there were approximately twelve thousand films they could have referenced for this project. Oh well.

OK, yes, they spelled "communion" incorrectly. But isn't this cake so lovely? I'm going to give this one a pass, too.

Admit it: You didn't even see this typo at first. Who says "birthday" can only be spelled one way? What's that? The dictionary says so? Eh, what do they know?

You know how the most important part of playing DOOM is making sure your scales are always tared? Here's a cake to celebrate that!

That's great! Personally, I's a girl, but you do you.

Pouna? Pound? The period at the end of the sentiment is the literal icing on the cake.

We can talk about how the name Bobby is spelled hilariously incorrectly, but this person was clearly struggling as soon as they finished writing "Birthday" way over on the left side. I do love those sprinkles, though!

It looks like someone's super bowel was involved in the icing around the edge of this cake, if you ask me.

Oh, how lovely! This will pair nicely with the Super Bowel cake!

It's supposed to say "You're a Pickle!"

Which, yes, is a strange thing to put on the top of a cake. I think we can just chalk this entire dessert up to a weird fever dream.

The Bender is actually not bad! But the text is. Share this with someone who loves cake!