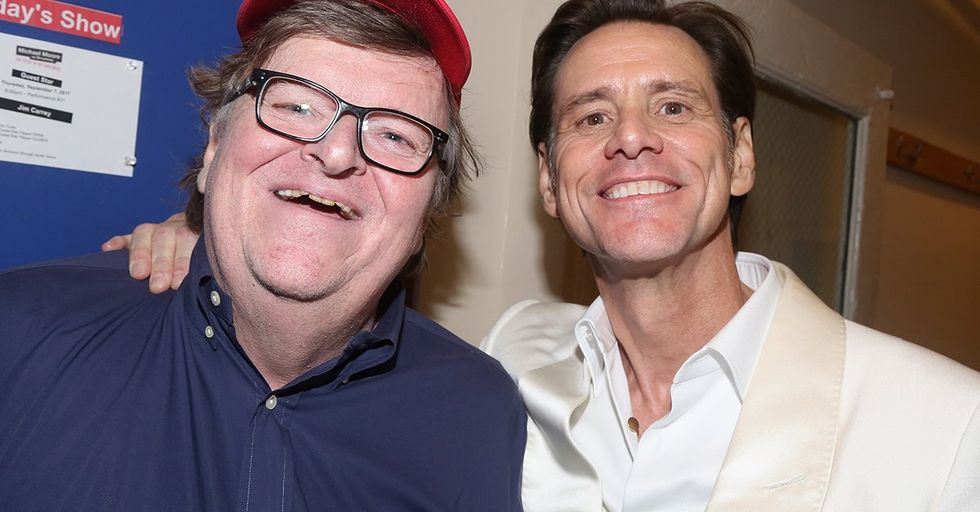 Despite the fact that research has proven that vaccines do not cause autism and other developmental delays, there are people who still believe they do. And some of these people are celebrities.

Of course, there are always going to be naysayers, that's typical. But when it comes to stars speaking on a topic, especially a topic that has been so controversial, people tend to take a bit more notice. And this is how problems arise.

Andrew Wakefield was one of the first researchers to say that there was a link with vaccines and autism; however, his study was discredited due to falsified data. And he later lost his license to practice medicine. Wakefield was a physician in the UK and is not licensed in the US.

"He currently lives in the US where he has a following, including celebrity anti-vaccinationist Jenny McCarthy."

While Andrew Wakefield is no longer able to practice medicine. But he did write, produce, and direct a documentary called Vaxxed.

Some celebrities stand behind Andrew Wakefield and his documentary.

A big one is Robert DeNiro who says, "he wants to know "the truth" about vaccines. The actor claims his son changed "overnight" after receiving the MMR vaccine.

DeNiro appeared on the Today Show promoting the movie.

DeNiro said, "I, as a parent of a child who has autism, am concerned. And I want to know the truth."

The film was cut from the Tribeca Film Festival after other filmmakers threatened to pull out.

DeNiro is a co-founder of the film festival. And says he still wants viewers to see the film despite it being pulled.

DeNiro says "he just wants to know the truth."

As parents, we all do. That is a given. He went on to say, "I’m not anti-vaccine; I want safe vaccines." Truth be told: Any parent would agree with him on that statement.

There is another documentary called Trace Amounts.

This documentary is about Eric Gladen's painful journey through mercury poisoning that he believes resulted from a thimerosal-loaded tetanus shot.

After DeNiro made his statements on the Today Show, he was later photographed with other anti-vaxxers.

One of the people in the photo with DeNiro is Trace Amounts Director Eric Gladen and another famous celebrity anti-vaxxer, Jim Carrey.

In a statement, Carrey said “the truth is... no one without a vested interest in the profitability of vaccines has studied all 36 of them in depth."

Actress and TV host, Jenny McCarthy has been Hollywood's most outspoken anti-vaxxer activist.

"In 2007, McCarthy publicly announced that her son was autistic, and around the same time, began working as an activist on behalf of autism-related organizations, including Talk About Curing Autism and her own group, Generation Rescue."

Another famous actress who supports this movement is Alicia Silverstone.

Iconic for her role in Clueless, Silverstone penned the book, The Kind Mama: A Simple Guide to Supercharged Fertility, a Radiant Pregnancy, a Sweeter Birth, and a Healthier, More Beautiful Beginning.

An excerpt from her book says the following:

"According to Drs. Roizen and Oz…While there has not been a conclusive study of the negative effects of such a rigorous one-size-fits-all, shoot-'em-up schedule, there is increasing anecdotal evidence from doctors who have gotten distressed phone calls from parents claiming their child was 'never the same' after receiving a vaccine..." "...And I personally have friends whose babies were drastically affected in this way."

She tweeted this. And to answer her question: Yes! Of course, we all want to be part of the solution. We all want safety for our children. We also do not want to see more Measles or Chicken Pox outbreaks.

The Dharma and Greg actress recently attended a rally against mandatory vaccinations, saying that when “you open up the door of taking away parents’ rights, you open the door to a Constitutional slippery slope."

Famous actress Kirstie Alley is against vaccines being mandated.

She says they are not all harmless. Kirstie is a great actress, but maybe she should leave the facts to the doctors and scientists.

Danny Masterson doesn't want anyone to tell him how to live.

In his tweet, the That '70s Show actor encouraged people to sign a petition against the state of California mandating parents to vaccinate their children.

Lewis is not a mother according to her bio on Wikipedia. Though the site does say she dropped out of high school, drove illegally at age 15, then was arrested for "illegally patronizing a nightclub when she was 16." Guess she does like her freedom.

Reality star, Kristin Cavallari, does not vaccinate her children.

The star has two sons and neither has been vaccinated. She was quoted saying, "I've read too many books about autism and there's some scary statistics out there. It's our personal choice, you know, and if you're really concerned about your kid, then get them vaccinated and it shouldn't be a problem."

Bill Maher says no to the flu shot.

TV host Maher spoke out against flu vaccines, saying: "Why would you let them be the ones to stick a disease into your arm? I would never get a swine flu vaccine or any vaccine. I don’t trust the government, especially with my health."

Actor and playboy Charlie Sheen is surprisingly against vaccines.

"Sheen got so angry when his ex-wife Denise Richards won a lawsuit against him in order to vaccinate their daughters Lola and Sam that he paid the $380 bill with 7,600 nickels." #notwinning

Selma Blair just wants parents to have the right to choose.

Actress Selma Blair says she just wants the right to choose. She also implies that most parents do vaccinate. I think she is right.

Rob Schneider does not believe in the efficacy of vaccines.

The actor states that we are seeing more and more of autism, which is indeed true, but researchers are not clear what causes it. In fact, on the reputable Autism Speaks site, it specifically states: "Vaccines do not cause autism. The American Academy of Pediatrics has compiled a comprehensive list of this research."

Erin Brockovich – the real one – does vaccinate. But...

She says NO to allowing our government to enforce this on kids and parents.

Actress Mayim Bialik refuses vaccines, AND she is also a neuroscientist!

It might not be too big of a shock for the Blossom star to refuse shots for her kids. She does have that au naturel, hippie vibe to her. Plus, the actress IS a neuroscientist.

Smashing Pumpkins musician, Billy Corgan is against them.

In 2009 he posted a blog about Swine Flu vaccines that basically said in his heart he knew it wasn't right. And that he had suspicions as to why President Obama declared it a national emergency.

Parents may pause on the vaccine schedule because children are administered more shots nowadays.

And that is correct. "Children today get more shots than their parents did when they were kids. But this is actually a good thing! It means we are able to protect babies from even more disease than ever before," says the Immunize For Good site.

And if you have religious or health-related reasons to not vaccinate your child, then OK.

Most children can receive the recommended vaccine schedule. But if your child has a health issue, your pediatrician may delay the vaccine/s. And some religions are anti-vaccine.

But, if you're a celebrity and you are using your "celebrity status" to sway the public, that's just tacky.

And not to mention a potential health concern. Because vaccines DO save lives.