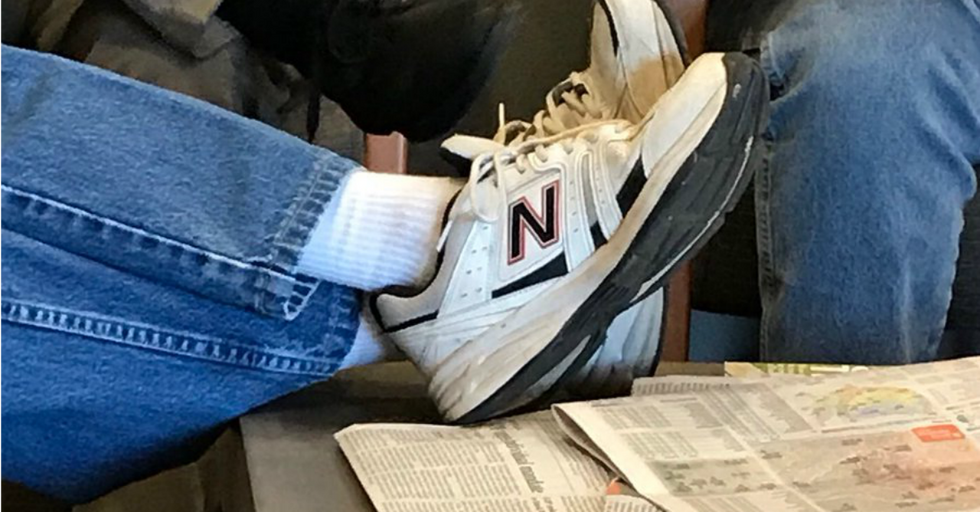 These Classic Dad Jokes PERFECTLY Capture the Insanity of Fatherhood

Parents. They're the people we turn to for everything and rely on to help steer us through life. As kids, if a problem needs solving, we run to our mom or dad, hoping to glean some wisdom. And when we become parents ourselves, we take on the responsibility of being protector, provider, and (in the case of more than one child) referee.

But just because parents are the responsible ones, doesn't mean they don't have their quirks.

As it's been observed by kids through the ages, mom and dads tend to have their own ways of doing things. Maybe it's the age gap, or possibly the lack of sleep parenting brings, but whatever the reason, Twitter accounts like @ClassicDadMoves show the goofy and heartwarming ways dads navigate life, when being "cool" isn't a priority anymore.

When we need someone to turn to, parents have our backs.

Whether we grew up with a mom, dad, or both, chances are, they were the people who had our backs. It's not easy being a kid, but having parents to turn to makes us feel like we have someone in our corner to support and love us unconditionally.

But that doesn't mean we like them all the time.

Just because our parents do their best to take care of us doesn't we're immune to tough love. Nowhere is that better seen than when a parent has to lay down the law to teach an important life lesson. No one particularly likes getting grounded, but there's usually always a good reason for it. Sneaking out is fun when you're a kid. But when you're a parent? Your child sneaking out is enough to give you a heart attack.

And if we weren't trying to butt heads with our parents, we were trying to figure them out.

Even when we grow up and have our own children, chances are, we're still trying to figure out where our own parents are coming from. They're just people, after all, and they have their own way of doing things and interpreting the world. Loving them is easy, but attempting to deduce how they approach certain things can turn into a part time job.

Moms fall into their own quirky category.

OK, maybe all moms don't wear "mom jeans," but that doesn't mean they don't have odd habits. This is mainly because they have to do keep track of dentist appointments, remind us to put on clean clothes, and find everything when it goes missing. These women never sleep, so forgiving them for the times they ask "Did you brush your teeth?" in front of our friends is necessary.

And then there are habits and mannerisms we can all look at and say, "That's such a dad thing to do."

Dads and moms are great because they both love their kids in completely unique ways. Sometimes, this means encouraging daredevil behavior when mom's not around. And other times, it means imparting wisdom in the way of life hacks he's been using for decades. Whatever the case may be, dad's have a unique way of navigating life and helping us do the same.

With an impressive following of over 484K and growing, @ClassicDadMoves on Twitter shows the best of the dads we love. Relying on the quirky, funny, and downright odd things dads do occasionally, this account doesn't have to try hard to get its followers to laugh along with the challenging and hilarious task that is being a father.

It's hard not to love a dad who can move.

Classic Dad Moves showcases a lot of amazing stuff, but this dancing dad reel is among the best. There's something about a dad who wants to cut a rug. It's both endearing and a little cringeworthy, but when you get a collection this good put together, it's obvious that male parents who can break it down are a hilarious treasure.

'Tis the season to watch our dads decorate the house.

The holiday season is a time for dads to really shine. And anyone who has a father who likes to go all out when it comes to Christmas lights, knows that December is the month for decoration spectacles. This picture represents a tale of two dads. One of them wanted his house seen from space, and the other was content to artfully ride his coattails.

Seeing as they're so busy most of the time, it's understandable when pop culture eludes them.

This laugh-out-loud tweet shared on the account illustrates the struggles all parents go through. This dad probably had so many responsibilities on his plate that trying to keep up with what the kids are listening to is a chore. It's easier to just put on the oldies station, clean the garage, and go looking for actual Nutri-Grain bars. Because when it comes to pop music and food, eating is usually priority one for the big guy.

But when shopping is on the table, music is the least of dad's worries.

We're sure there are some guys out there who love it, but when it comes to tagging along on a marathon shopping trip, dads generally aren't raring to go. Thank goodness for display couches, random benches, and iPhones. Without them, there would be a lot more fathers standing in department stores, staring blankly into space.

This T-shirt about sums it up.

It may take a second for kids to process the joke, but this hysterical tee captures what it is to be a father (or mother) in a nutshell. When all the other quirks are pushed aside, 90 percent of a dad's job is feeding his kids. And getting them snacks. Oh, and more snacks after that. They literally never stop eating. For that and all the other amazing things they do, we love them.