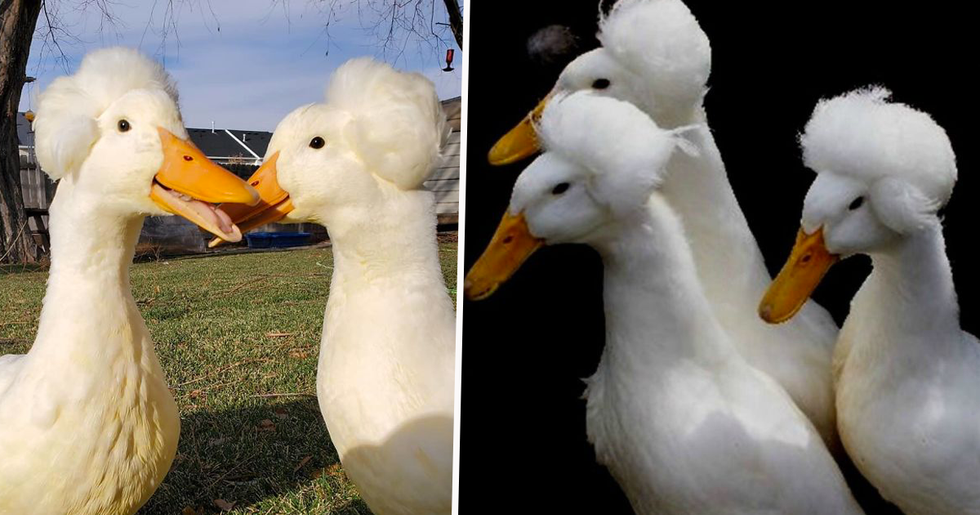 Every once in a while an unusual creature goes viral for their meme-worthy looks. And it seems this week, ducks that look like they are wearing an eighteenth-century wig have taken the internet by storm...

Keep scrolling for the adorable pictures.

Most people online gush over dogs and cats...

But occasionally an unlikely contender takes the spotlight.

Take these mossy frogs, for instance.

They have been described as a "master of disguise."

Or these very fluffy birds...

But the latest creatures to take the spotlight?

They may seem a bit boring on the surface...

But these ducks don an unlikely feature.

There's a duck breed with an adorable tuft of feathers on its head...

Which makes them look like 18th-century wig-wearing aristocrats. Yep, really...

It's speculated that this breed has been around for two-thousand years.

And while they've been known to farmers for years, the internet has only just found out about them.

It's safe to say we're obsessed.

And of course, as images of the ducks surfaced, they quickly got turned into a meme.

Many compared the crested ducks to George Washington...

And even an eighteen-century judge.

We certainly see the resemblance.

At the very least they look like they're wearing a wig of some kind!

These 2 look like they're getting ready for a good gossip.

This one is a personal favorite.

Look at this little guy!

Where can we get one of our own?

The volume in that hair, though...

Want to check out some more unusually cute creatures? Keep scrolling to check out a breed of bird that can do the splits...