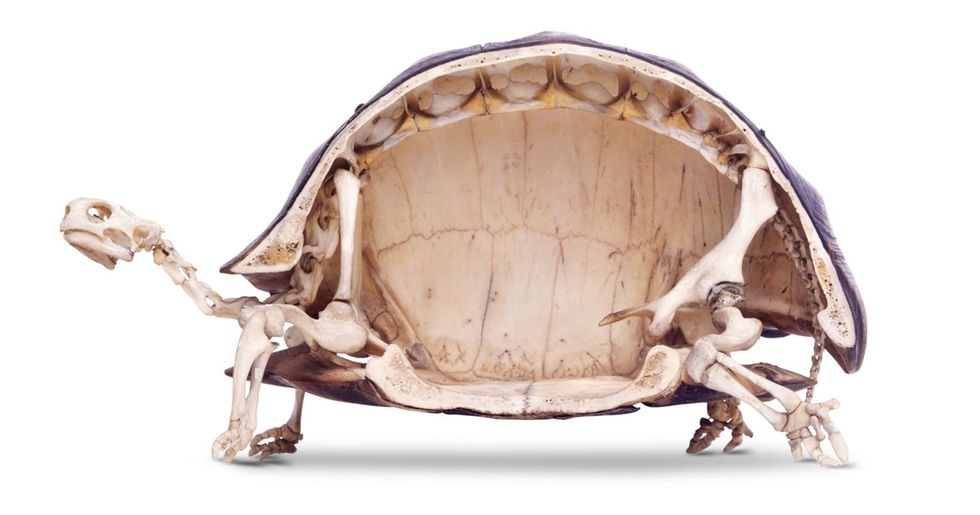 These Everyday Objects Cut in Half Will Blow Your Mind

You know when you are made aware of something and then you are like, "Wow. I did not even know that I needed that in my life. I was not cognizant of the vital information that I was missing from my arsenal of knowledge. I am now a more complete person because of this important information I now know." Well, then you are in luck because this is a whole list of pictures that will make you say those four sentences, verbatim, over and over again.

Pictures of things cut in half are legit magic.

I'm serious. These pics are about to blow your mind, so you might want to sit down. You will never be the same again.

There is something really beautiful about this picture, but then you remember what that is, and it's like NO THANKS!

When I first saw this picture, I was like, "Oh, this is 100 percent some sort of sea creature." But nope! It's a banana tree.

This is fascinating! It kind of looks like a contained firework... Do you see what I'm saying? I can see each of those little guys going off in that exact pattern.

If you were to ask me where I thought a tortoise's spine was, I do not believe this would have been my first guess.

Wow these things are nasty! I had no idea that there was a comb in the middle of these... I thought they were completely made of that weird paper stuff.

You don't truly appreciate how complex something like a camera is until you see one cut in half!

I would have believed you if you told me this was a colony of single-celled organisms, but it's not! It's good ol' mac and cheese.

I knew pearls were formed by oysters, but I had no idea just what they look like inside. This is way cool. Nature is awesome.

The right side looks really comfortable. The left side looks like something they electrocute people in.

This is probably really cool for some people and then terrible for those who suffer from trypophobia. Sorry, those people.

I truly had no idea how accordions worked and after looking at this picture, I still don't! The accordion remains a mystery instrument!

No one told me that this subreddit would make me hungry, but now I really want mac and cheese and oatmeal chocolate chip cookies.

These things are massive and so hard to eat and not that delicious, but they are so nostalgic that now I want one!

I have been turning sinks on for 30 years and never once stopped to wonder what it looked like inside. Now I know.

Hm. I guess I figured that there would be more stuff inside a grenade, considering what it can do. Who knew?

This is truly a monstrosity of a dish, but I would be lying if I told you I haven't eaten it before. It's pretty delicious.

I can never buy this because I would eat all the cookie dough and leave the ice cream. Obviously it's the best part.

Man, I knew this thing was heavy, but this looks crazy! It's an entire workout just to take a step while wearing this thing.

This is such a strange way of planting bulbs, but apparently, it leads to a fuller potted plant! Makes sense to me!

I'm pretty sure most car tires don't have a "safety lining" like this... But I'm no expert. It's pretty cool-looking!

The cables on the Golden Gate Bridge look way thicker when they're up close! Good thing, too, they have to hold up a lot of weight.

Valve body from an automatic transmission

Sure, you can tell me that this is a valve body from an automatic transmission, but I will just keep believing that it's a maze from a dystopian YA novel where kids have to make it out of the maze before they die, or something.

Apologies again to the trypophobia gang, but lotus root is one of the coolest looking foods that exist. And it's yummy too!

This isn't an actual human brain, and thank goodness because I don't know if I'd be able to look at it. It looks more like something out of an Alien movie.

This thing looks like that terrifying vine flower from the original Jumanji that almost eats Kirsten Dunst, and I don't like it.

While we're on the succulent train, this looks like a fruit or something! But I don't know if it's edible, so don't eat it.

Old cars were like, way too simple. There's really not much going on here and a concerning amount of empty space under the hood.

I guess this is a pretty old-fashioned, rudimentary pistol, but I didn't imagine it would look so simple and straightforward inside!

How is this Super Soaker more intricate than a real pistol? Share this with someone who'd find it fascinating!