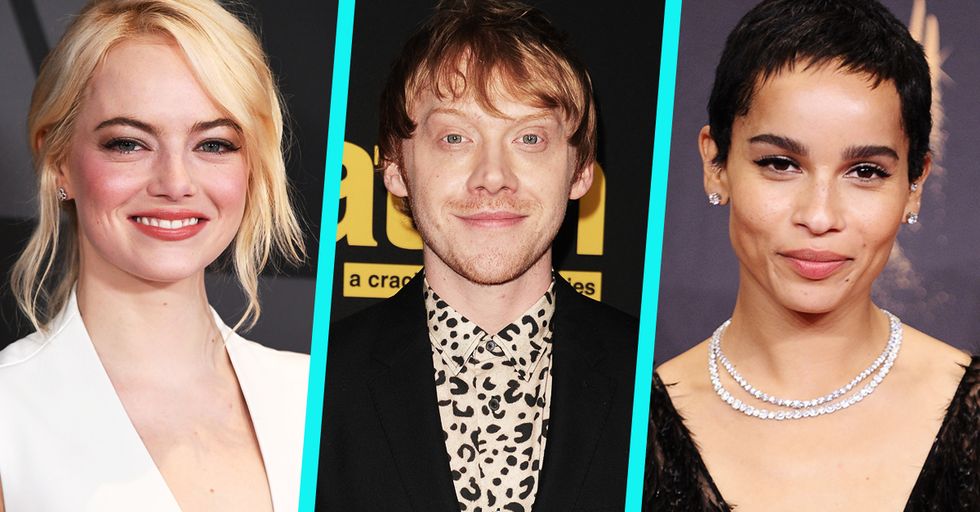 Celebrities! They're just like us — they age. And while it may seem like most celebs are Benjamin Button-ing with their flawless skin and general good looks, even the biggest stars can't avoid that 30-year mark. But wasn't it just the other day half of these celebs were teen stars? They just grow up so fast, don't they?

Badgal RiRi turns 30 this year on February 20th! But don't bring up her age unless you want her to call you a "Rude Boy." See what we did there?

Just another day of sun for this Hollywood starlet, huh? Stone turns 30 on November 6th.

For this powerhouse singer, age is just water under the bridge. The talented Brit turns 30 on May 5th.

Good looks just run in this family! The actress/singer turns 30 on December 1st.

Wingardium leviOH MY GOSH RON WEASLEY IS TURNING 30? It's true. Grint turns 30 on August 24th. Who else is turning 30 this year?

The Swedish actress turns 30 on October 3rd. You can bet that the only tomb she'll be raiding is the PARTY TOMB. Too much? Okay, we'll see ourselves out.

Michael Cera will turn 30 on June 7th, and we can hardly believe it. It seems like just yesterday that he was precious little George Michael working the frozen banana stand.

The versatile actor is best known for his roles on Breaking Bad and Friday Night Lights. He turns 30 on April 2nd — any way you do the meth, that's a touchdown of an age! (Sorry. We're not done making these jokes).

The actress got her start when she co-wrote and co-starred in Thirteen, but she'll be turning 30 on May 17th. She's also known for her calming Instagram feed that we've heard is more relaxing than taking a yoga class.

Yes, it's true. The former Disney star turns 30 on March 27th. She's also dating Macaulay Culkin, which is truly a match made in heaven. We just hope they're living the suite life. Keep reading to find out who else is turning 30...

This is slightly off topic, but if you don't follow Mae Whitman on Instagram, you are missing out. The Parenthood actress turns 30 on June 9th.

The pop singer turns 30 on March 27th. Hope she rings in her birthday with a bang bang.

Hough dances her way into 30 on July 20th. Who knows how she'll celebrate, but we think it's a safe bet it'll involve dancing. It has to...right?