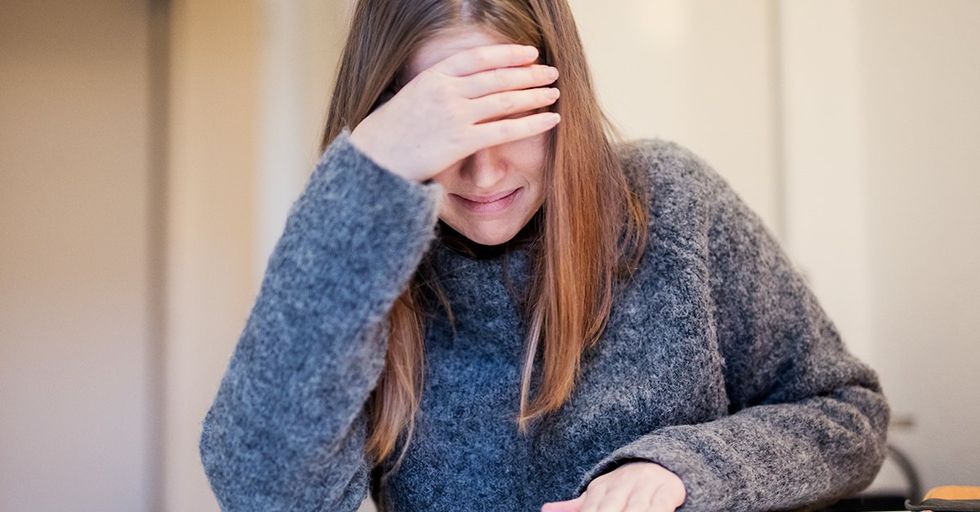 I loved to read as a kid. I devoured book after book after book. And then I picked up Old Yeller. No one had warned me about the end. I thought it was a lovely story about a boy and his dog. And it was. Until the end.

I cried for three days after reading Old Yeller. It was one of the great tragedies of my young life. I may have moved forward, but I have never forgotten what it felt like when Old Yeller died. It may have been the first, but it certainly wasn't the last fictional death that impacted me. In fact, we all have memories of the fictional deaths that shocked us and disturbed us to our cores. People decided to share their personal Old Yellers on Twitter, and resulting list is super relatable, comforting (because you know other people felt the same way you did), and also so incredibly sad, but like, in a good way.

Obviously, the books and TV shows and movies referenced in this list are super spoiled, so proceed at your own risk.

It was clearly a question that resonated with people, though, since he got more than 20,000 responses. Here are some of the most devastating and universal ones.

Little Foot's mom in The Land Before Time

Every kid who grew up in the '90s understands this one. Like, I don't remember this movie very well because I refused to watch it too many times because it was too sad.

The Ice Dragon in Game of Thrones

Khaleesi raised these dragons from birth and they were her babies, so it was devastating when one of them died. But then again, I did go, "AW YEAH!" when it came back to life as a zombie white walker dragon. Because that's just cool.

Another movie I can't watch too often because it is so sad and disturbing. Stephen King is a master, y'all.

Sean Bean is one of the best actors when it comes to dying in movies and television. And this is one of his most moving death scenes.

I'm going to tell you a little secret and you might not like it, but I also don't care: I hate this movie. OK, bye!

Robb Stark in Game of Thrones

Dudes, the Red Wedding was shocking and crazy even after it had been spoiled for me. Game of Thrones does character deaths, unlike any other TV show.

@ThatEricAlper My answer to this question hasn't changed since I was six years old: https://t.co/8tdHDbyHK1
— Sarah Kendzior (@Sarah Kendzior)1547842796.0

I never thought I would weep for the death of a spider (because ew), but here we are.

Wilson the Volleyball in Castaway

There aren't too many inanimate objects on this list, but this one definitely deserves to be here.

Oh, god. This one is tough because at the time I was like, so sad, but then later, I was like, "Maybe if he wasn't so creepily obsessed with Lily, none of this would have happened."

Mufasa in The Lion King

Just looking at this makes my eyes well up with tears. This is definitely in my top five. Oh boy, so tragic.

Nate Fisher in Six Feet Under

Another one in my top five. In fact, the entire Six Feet Under finale made me weep as a TV show has never made me weep before.

Bing Bong in Inside Out

Sure, this pink elephant may look ridiculous, but if you watch Inside Out, you too will cry when Bing Bong goes bye-bye.

At least Dobby was a free elf. *SOBS*

Sam in I Am Legend

I haven't seen this movie and now I never can because I know the dog dies. No, thanks! Next!

This is technically not a fictional death because the actor who played Mr. Hooper really died and Sesame Street decided to deal with it and address it on the show instead of making up a story or dance around it and it was too much!

Artax in The Neverending Story

The Neverending Story was one of those books that I read in one sitting as a kid. It did things to me.

I don't know any person who can watch that opening montage from Up and not shed a tear. If you can do that, you're a robot.

Hodor in Game of Thrones

Hodor! Hodor! HODOR!!! I thought I was desensitized to character deaths once they told Hodor's story, but alas, I was not.

Anthony Edwards has had multiple iconic character deaths, first as Goose in Top Gun and then as Dr. Greene in ER.

The Trinity Killer season of Dexter was truly harrowing, and this death scene was devastating. Who knew John Lithgow could be so creepy?

Thomas J. in My Girl

There were so many movies growing up about best friends who are super close until one of them dies in a freak accident, and I just have to say that this is possibly my least favorite genre of movie.

Johnny in The Outsiders

Cut me to my core, why don't ya?! The Outsiders was one of those books that my mom was like, "You should read it. It's really good." But she neglected to tell me it would rip my heart out and tear it to shreds!

I will say that I believe this show went off the rails in the last season, but this? This was perfect and terrible.

We've all said it before, and I have absolutely no problem saying it again: There was room for him on that door.

Omar in The Wire

I have heard this death is devastating. I haven't seen The Wire, but I know I have to watch it. I know.

Li'l Sebastian in Parks and Recreation

Maybe this is a joke, maybe this is not. But you never expect characters to die in your favorite sitcoms, so whenever it happens, it's quite a shock! Even if it's a miniature horse.

Um, yeah, this was one of my earliest traumas, thanks for bringing it up again, really appreciate it.

Leslie in The Bridge to Terabithia

This is another freak accident story, and I really want to implore people to never write these again. We have enough.

The dog in literally anything

Same. The dog doesn't even have to die. If it's mistreated or lost, that's all it takes for me to lose it. Share this with someone to make them cry!