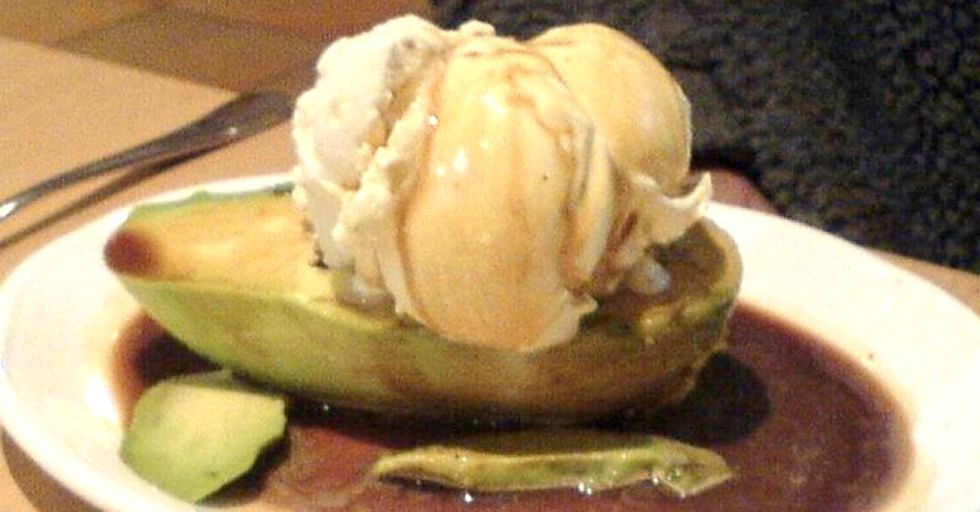 When you order food in a restaurant, you have certain expectations. There's probably an image you have in your head when you ask the server for a "coffee with cream" or a "taco with sour cream on the side."

So did these people. What they got was a little more...literal.

They ordered a coffee with Bailey's.

His friend ordered a large pizza and eight cheese sticks.

Apparently, the lady on the phone misunderstood. Who's complaining, though?

They ordered a side of onion rings.

They look a little underdone to me.

This guy ordered a small beer in Berlin.

This is what you get for ordering a small beer in Berlin.

He ordered a lettuce burger.

He got a head of lettuce burger.

She ordered a pepperoni pizza.

In Germany, this is a coffee with cream.

But this is also how I'll be ordering coffee from now on. "One coffee and a heaping plate of whipped cream, please!"

This is a small orange juice.

Could it be a giant salt shaker? No? OK.

This guy went to McDonald's and was bored, so he ordered an ice cream sandwich to see what they would do.

They pulled it off gloriously.

But this is WAY better.

He asked for extra frosting on his cinnamon bun.

Man, now he has to go back and ask for more cinnamon bun under his frosting.

He ordered a double espresso.

He got what he ordered and he can now drink out of two tiny fancy cups at the same time. I'm calling this one a win.

He wanted his chicken sandwich with mayo on the top and bottom.

Oh just flip the bun inside out and eat it, you prima donna.

They were in Nairobi and ordered cheesy onion rings.

And instead, they got cheesy onion half moons.

He asked for a Bud Light Lime in a glass.

And he got exactly what he deserved.

They asked for double pepperoni.

Be careful what you wish for, I guess.

He ordered a chili burger.

And didn't specify at all what kind of chili. This is on him.

She ordered a Coke with an extra cup for the kids.

Seems like this is the product of a fast-food worker with an attitude.

He ordered a cheeseburger with only ketchup.

It's amazing how one word can alter the meaning of a sentence so dramatically.

She ordered sour cream on the side.

And she got it! What's the problem here?

This is a tomato salad with feta cheese...

On a Disney cruise, they asked for nothing for dessert.

Disney gave them exactly what they asked for. They always know how to deliver, no matter the request.

She ordered an affogato.

When the waiter didn't know what it was, she explained that it's a scoop of ice cream on top and then espresso poured over it. And this is what she got.