19 Pictures of Dogs That Deserve the World | 22 Words 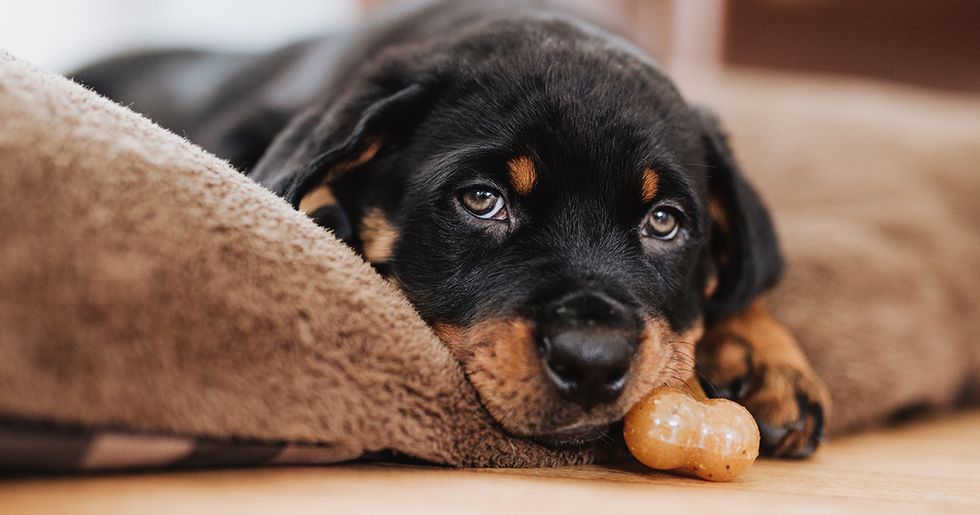 19 Pictures of Dogs That Deserve the World

You deserve to look at a list of adorable dogs.

The following pups are all mighty good boys and girls.

Their cuteness is off-the-charts. They rank high in smushiness. They're particularly known for making people squeal in delight. I hope you enjoy.

Bender, the baby corgi, went out in the rain and fell down after he tripped on his raincoat. At least he's inside now.

Zelda has her own trading cards, which is extremely impressive. She's like a Pokémon, but way better.

"What, I'm stretching. It's comfortable this way. Don't look at me like that. I know what I'm doing."

Leo's face! When you look up "puppy dog eyes" in the dictionary, you see a picture of Leo's face. The next lady is true royalty.

This is Francis. According to her owner, "Lately she's been eating a lot of poached salmon." Francis is a fancy dog.

This giant puppy is going to grow into a giant dog, and you know what? He's gonna be super cute through the whole thing. Newfies are the best dogs ever.

This weird looking fella is Mayhem, a pit bull/bulldog mix. He's being pet by Gideon, who runs the @IvePetThatDog Twitter account. He pets dogs, takes pics with them, and then introduces them to the Internet. It's the noblest Twitter account there is.

Here's Gideon again, this time with Harp, a lovable six-month-old Goldendoodle. Too cute. The next pup is the king of Internet dogs.

Yes, this corgi's name is Tofu. According to his owner, he's super small for a corgi, the runt of the litter. We think that makes his extra adorable.

Mango, the Basset hound, is taking a nap. I simply cannot get over all that droopy skin. The best!

If you are not familiar with Leonbergers, now you are. They are giant, gorgeous, and perfect dogs in almost every way.

Oh, Zenith will get up in your face if he thinks you have some dessert that you might share with him. How could you deny that cute face?

"I don't know what happened to the couch. You wanna pet me? I could use a scratching." The next one is too much.

Raise your hand if you've ever fallen asleep on your way to the place where you were supposed to sleep. Yeah, me too.

Luna is a beacon of cuteness, and she deserves all the balls and toys in the world. I love her, and she's amazing.

Look at that amazing smile! Whoever made pit bulls into fighting dogs should be punished. They are such sweethearts.

Someone's having fun in the sand. And it's Tatum Tot the pug!

Oh! He got caught red-pawed. Share this with someone who needs this cuteness in their life. Love dogs? Check out 17 Dogs That Messed up Real Bad But It’s OK Because We Love Them Anyway.