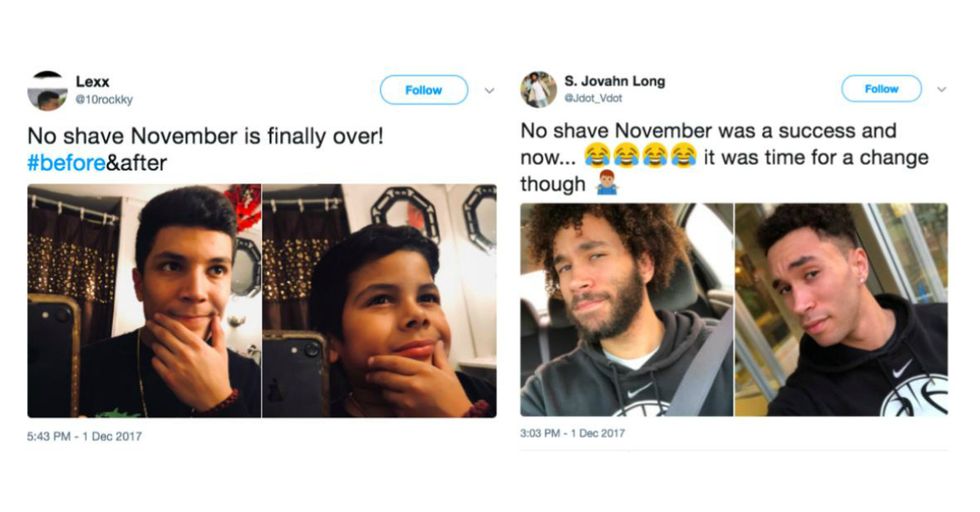 When summer fades way to fall, there's lots to look forward to. The changing of the leaves, the crisp chill in the air. The sipping of apple cider and anticipation of the holidays! They don't call it "the most wonderful time of year" for nothing.

But the best tradition that takes place in the run-up to winter? It has to be "No Shave November."

While No Shave November has gained popularity across social media platforms, it's much deeper than that.

As the mission statement on the website states, "No Shave November is a web-based, non-profit organization devoted to growing cancer awareness and raising funds to support cancer prevention, research, and education" The organization was officially launched as a non-profit in 2009, although people have been participating in No Shave November for much longer.

It may have started as a trend, but it's grown into something so much bigger.

I participated in my first “No Shave November” this year and what I’ve learned is that no amount of blonde chin hai… https://t.co/OiiPRAyTDU
— James Allen McCune (@James Allen McCune)1512447961.0

Basically, anyone who wants to participate in it — whether through the foundation or not — just has to do one thing. Stop shaving!

That's right; it's all about just putting down your razor and letting the hair grow.

Which always leads to hilarious posts and commentary while people participate. But it also kind of makes sense to do it in November when it's cold: more hair means more warmth, right?

No Shave November has also raised a lot of money for cancer awareness.

Part of the popularity online also comes from how easy it is to meme about it. It's a time when people can truly bond via the internet, which is everyone's favorite thing to do anyway.

And it's not just for guys!

Girls actively participate in No Shave November. Anyone can take part — you can stop shaving your armpits, your legs, whatever!

But it seems nobody takes No Shave November quite seriously as this particular group of friends.

It's almost too epic to be real.

One year, they were all dressed up as lumberjacks sporting some seriously awesome facial hair. Another year, as seen above, they went for a much more wintry vibe.

No theme is better than a pirate theme.

It only makes sense if you forgo shaving that at some point, you have to dress up as a pirate. It's really the natural progression of things.

This one is the funniest, considering their faces and subsequent beards are hidden.

But it really does look fierce. The fellas know how to pose for a dang picture.

Sounds like the perfect No Shave November photo op! These dudes are totally living their best bearded lives, and we're truly here for it. We can't wait to see what they come up with next year.